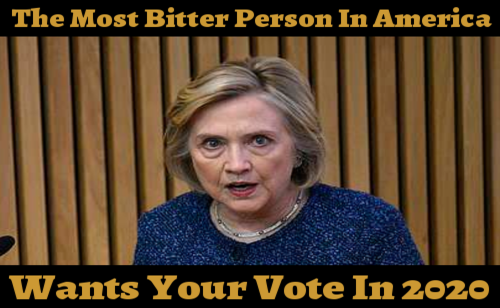 – Pitiful Democrats Devolve Into ‘The Party Of Mess And Corruption’

With the 2018 mid-terms now only weeks away and Hillary and Bill Clinton ‘hitting the campaign trail’ to tell America how our nation is supposed to be run as Susan Duclos reported Tuesday in this linked story, President Trump himself has penned a scathing Op-ed for USA Today in which he warns a ‘Democratic wave’ in the November election will bring America dangerously close to socialism.

Warning that the Democrats want to abolish all private health plans, creating a ‘Medicare for All’ plan that would cost an astonishing $32.6 TRILLION during its first 10 years, President Trump also warns that the ‘new’ Democrats want ‘open borders socialism’ while comparing their model for the US economy to that of Venezuela, which as ANP readers know, has completely descended into pandemonium with much of their population starving.