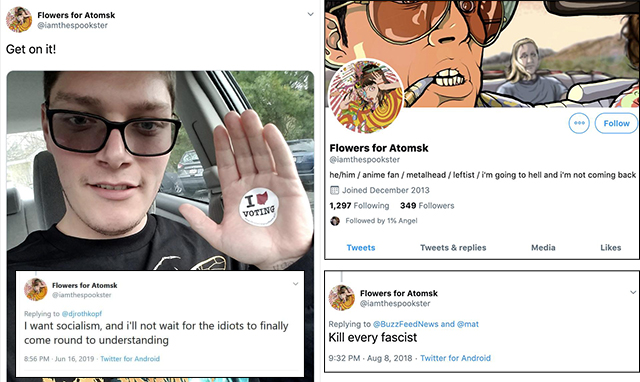 Ohio mass shooter Connor Betts is a self-described “leftist” and “atheist” who praised Antifa, Bernie Sanders and Elizabeth Warren and wrote “Kill every fascist” on his Twitter page, according to a report from Heavy.com.

Betts’ social media footprint is the exact opposite of the “white supremacist” terror narrative the media has been pushing all day.