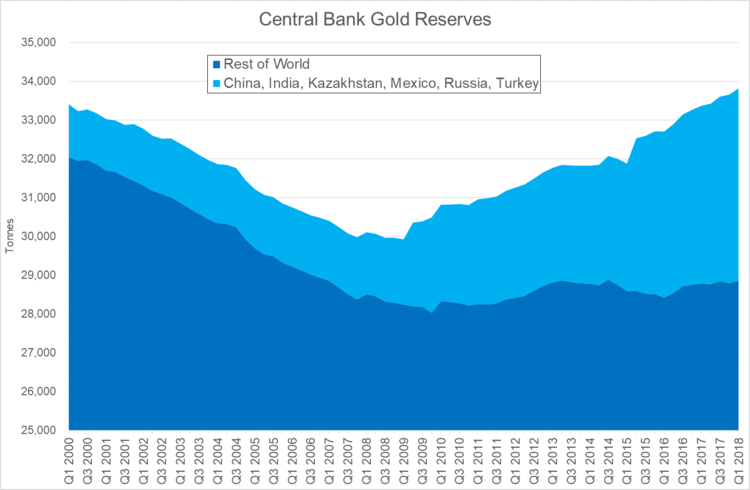 – Poland added to its gold reserves last month, buying more than seven tons of gold, which followed its purchase of two tons in July

– Central banks bought a total of 264 metric tons this year to reach the highest level in six years, according to analysts at Macquarie

– It suggests “gold’s appeal to central banks might be widening,” Macquarie said