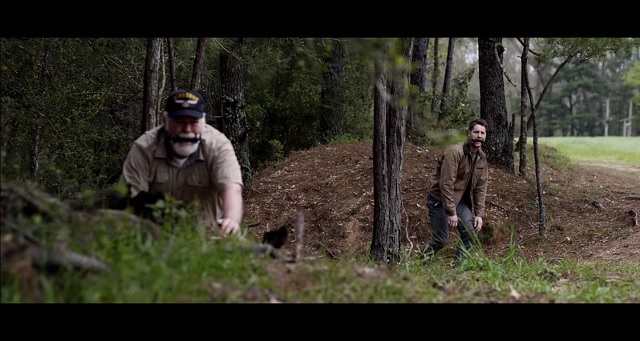 From The Hollywood Reporter, “Ads Pulled for Gory Universal Thriller ‘The Hunt’ in Wake of Mass Shootings”:

In the wake of a trio of deadly massacres, the studio is evaluating its strategy for the R-rated Blumhouse satire in which elites stalk “deplorables.”

“Did anyone see what our ratfucker-in-chief just did?” one character asks early in the screenplay for The Hunt, a Universal Pictures thriller set to open Sept. 27. Another responds: “At least The Hunt’s coming up. Nothing better than going out to the Manor and slaughtering a dozen deplorables.”