NEW FIRE IN CROWLEY’S ‘BOLESKINE’ EXPOSES PLAN BY O.T.O. AND BRITISH INTELLIGENCE TO ESTABLISH THE ULTIMATE SATANIC TEMPLE IN SCOTLAND 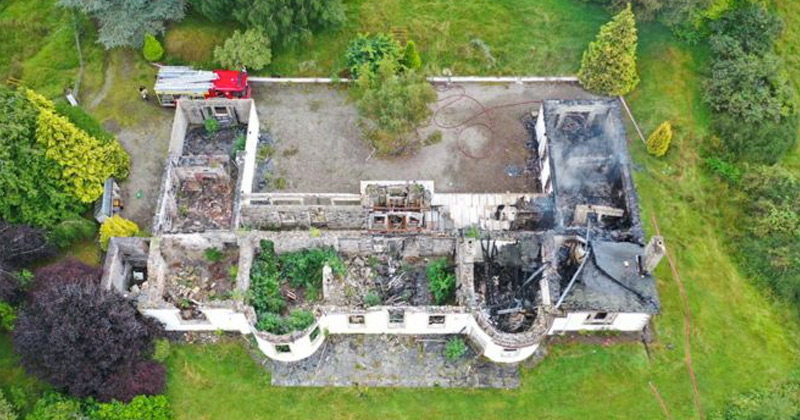 Another fire has destroyed Aleister Crowley’s old residence in Scotland that was damaged in a previous mysterious fire in 2015. The Scottish Fire and Rescue Service said the alarm was raised shortly before 4 pm on Wednesday and two firetrucks were sent to Boleskine House located on the south-eastern shore of Loch Ness, close to the village of Foyers, Inverness Shire.