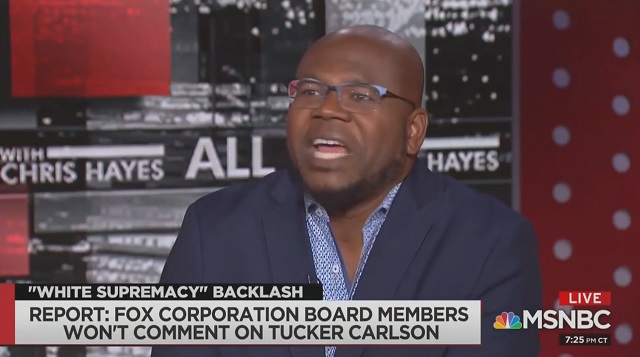 “I see Tucker Carlson as a guy who has repeatedly failed in television. Who has been basically given media welfare, a primetime spot and he is still being promoted not because he is good at his job, but because he promotes a certain kind of bigotry that other people can’t say as eloquently,” Johnson said. “What do we do with that as a society? Do we constantly call him out for it or pretend he is actually just an entertainer?”