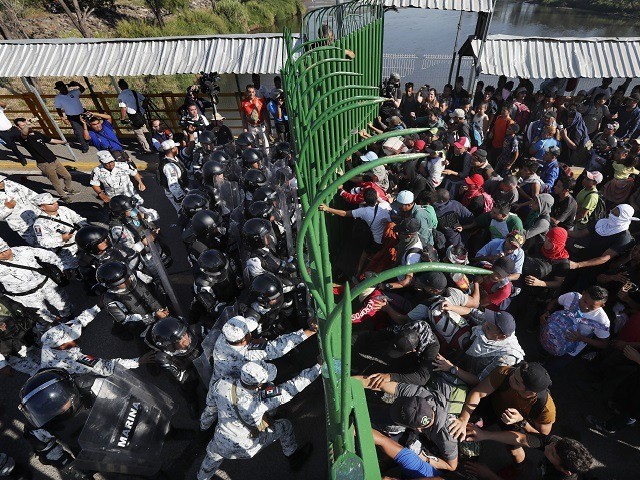 Mexican authorities managed to hold off approximately 1,000 Central American migrants who tried to force their way through its southern border with Guatemala.

A scuffle that went on for approximately one hour took place at the midway point of one of the ports of entry on the Suchiate River. Migrants initially tried to force their way through the international boundary. According to Mexico’s Revista Proceso, Mexican National Guard troops and immigration officials using riot shields managed to hold the line and close the gates as the migrants tried to force their way in.