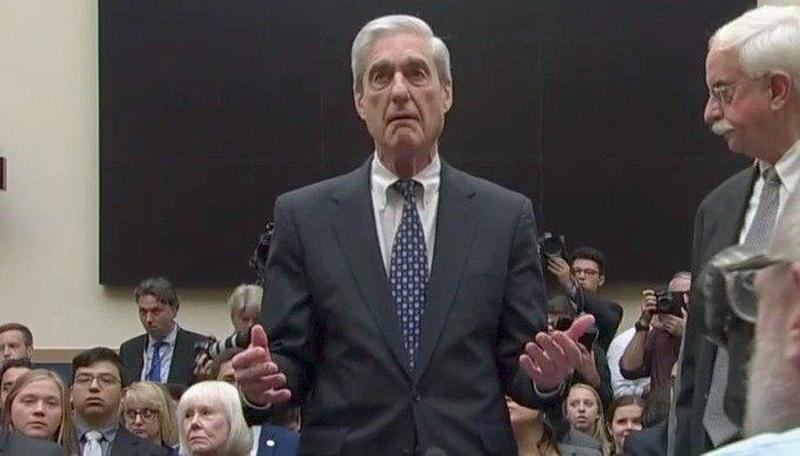 Robert Mueller’s dual Wednesday testimonies were, by most accounts, a total disaster for Democrats hoping to bolster the case for impeaching President Trump.

Not only were there no smoking guns, Mueller’s stumbling, fumbling, confused performance alone was a massive backfire for Democrats looking to spotlight the former FBI Director – whose ‘stellar reputation’ as a career public servant melted away to reveal a befuddled old man who was clearly unfamiliar with his own report.