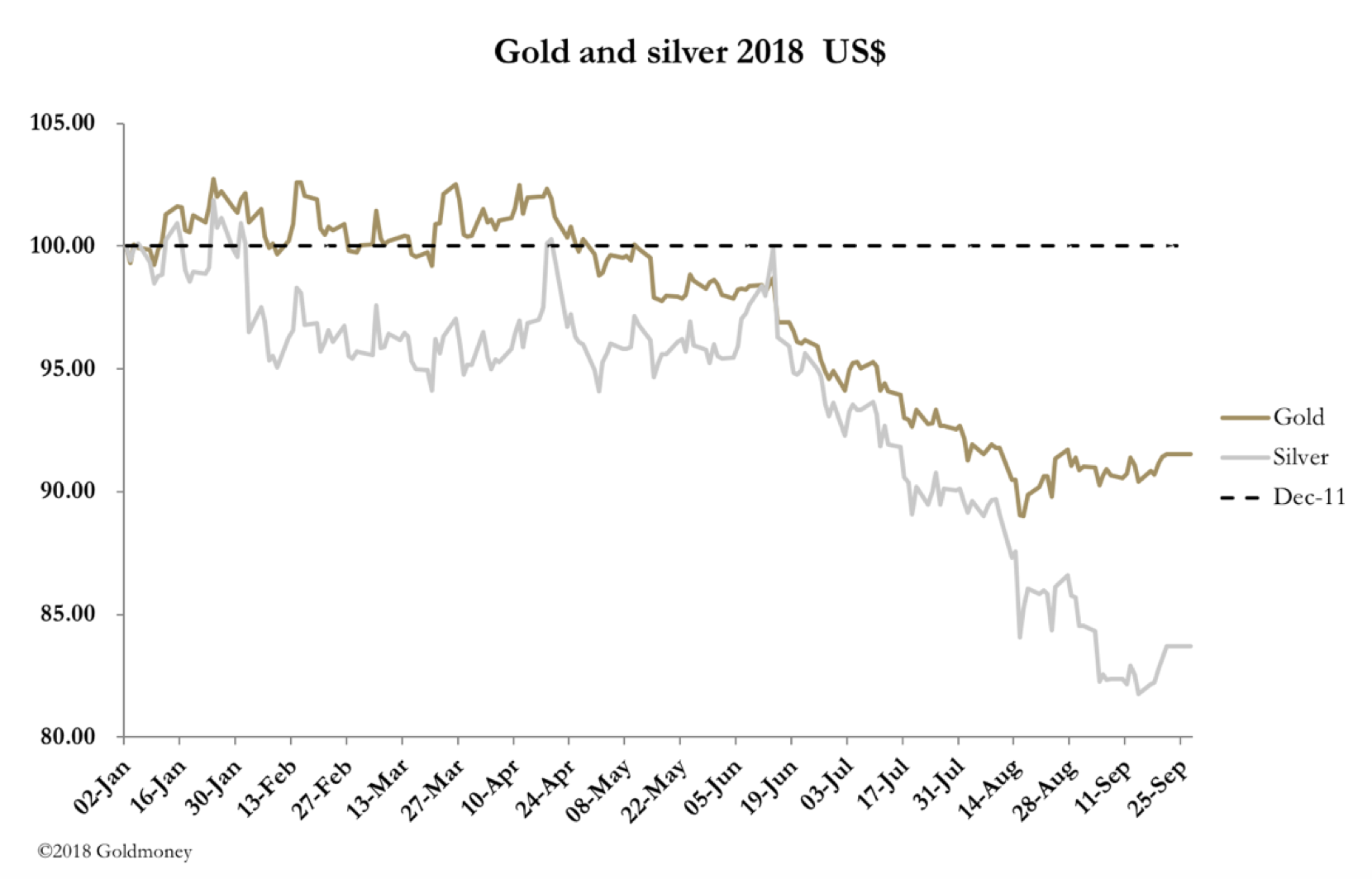 This week, as was widely expected, the Fed raised it Fed Funds Rate by 0.25% to a target range of 2 to 2.5 per cent. Gold lost $18 following the announcement by yesterday’s close, having traded sideways on Monday and Tuesday. In early European trade this morning (Friday) prices had steadied and gold was trading at $1183.5, with silver slightly up on the week at $14.31.

The damage was done by a sharp rally in the dollar’s trade-weighted index yesterday, which on Tuesday traded below 94. It rallied 0.75 yesterday, its strongest performance in recent weeks. This is shown in our next chart.