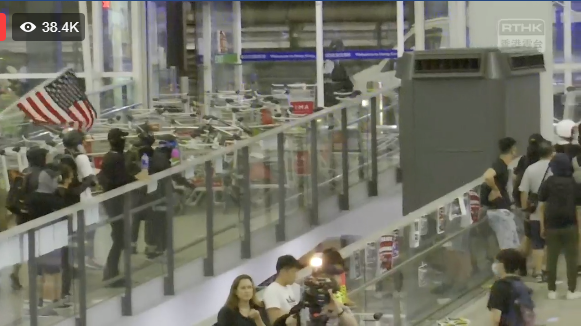 Less than an hour after reports of riot police storming the airport first hit the Internet, HK police have reportedly nearly finished clearing the airport. Few injuries have been reported – but many have been arrested. The Guardian reports that the police have arrested more than 20 protesters.

In one stunning scene, a protester wrested a baton from a riot police officer, who then drew their firearm. Amazingly, nobody was killed.