Cui Bono, Israel, and the Attack on Saudi Oil

END_OF_DOCUMENT_TOKEN_TO_BE_REPLACED

Israel, Ukraine, and U.S., Crack Down Against Press 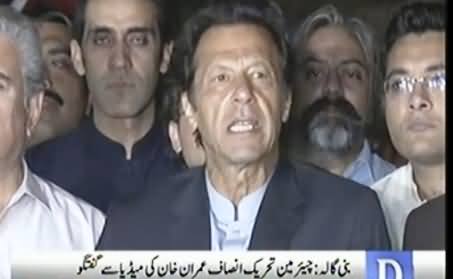 On Wednesday, May 16th, Russian Television reported recent crackdowns against the press, on the part of both Ukraine’s Government and Israel’s Government. One headline story, “9 journalists injured by Israeli gunfire in Gaza ‘massacre’, total now over 20”, reported that Israel had shot dead two journalists:

“Yaser Murtaja, 31, a cameraman for Palestinian Ain Media agency, died on April 7 after he was shot by Israeli forces the previous day while covering a protest south of the Gaza Strip. He wore a blue protective vest marked ‘PRESS’.”

END_OF_DOCUMENT_TOKEN_TO_BE_REPLACED

The signs that the protests in Iran are indeed a Western destabilization campaign are growing with each passing day. Regardless of whatever legitimacy these protests may have had at the beginning (agitation for greater freedoms and improved methods of handling the economy, etc.), they have now devolved into an attempt to weaken and unseat the current Iranian government. With pro-Western foreign policy demands and vague calls being made against the fabric of the government itself in addition to shadowy shooters and violent assaults on security, government, and even opposition members, a number of actors involved in the protests are emerging which suggest a coordinated Western/Israeli/GCC color revolution/destabilization operation.

The Involvement Of MEK

A recent piece by Newsweek entitled, “Iran Protests: Who Are The Iranian Opposition And Who Will Rule If The Regime Falls?” attempts to paint a picture of the opposition marching through the streets in Iran and, more importantly, what factions of Iranian society that might take power if something did occur to overthrow the Iranian government. One of the factions mentioned by Newsweek is the MEK (Mujhadeen al-Khalq), the radical Marxist extremist organization that has not only been at odds with the religious dictatorship of the Ayatollah but who has also collaborated with the Israelis on numerous occasions, including the assassination of Iranian nuclear scientists. The MEK was previously listed as a terrorist organization by the United States but delisted by the Obama administration.

The Mujahedeen-e-Khalq (MEK), or People’s Mujahedin Organization of Iran, has proven popular with many in the corridors of power in Washington and in European capitals.

The MEK has found supporters in the GOP from backers like Rudy Giuliani and Newt Gingrich but also from Democratic figures such as former Florida Governor Howard Dean. In January 2017, Reutersreported, the group’s backers asked President Donald Trump to open a dialogue with the MEK.

While many in Washington may support the group in its ambition to overthrow the regime in Iran, it has courted controversy since the 1970s. The MEK supported Ayatollah Ruhollah Khomeini, pursuing a guerilla war against the Shah, but then parted ways with the revolution in 1981, vowing to topple the Islamic Republic. From 1997 to 2012, and after the group formed an alliance with Saddam Hussein, the MEK was designated a terrorist group by the State Department.

During this week’s protests, Maryam Rajavi, MEK’s leader, pledged her solidarity with the demonstrators, saying in a statement to Newsweek: “This uprising has tolled the death knell for the overthrow of the totally corrupt dictatorship of the mullahs, and is the rise of democracy, justice and popular sovereignty.”

Some of the MEK’s banners have been seen at demonstrations in Iran, but the group remains deeply divisive inside the country. It also remains the perpetual boogey man of the regime. Iranian State television reported Friday, according to the Associated Press, that three MEK members were arrested 185 miles southwest of Tehran for engaging in sabotage.

Newsweek also writes about another lesser known faction waiting in the wings for the collapse of the Iranian government, i.e. the old Western-supported monarchists who were installed in Iran after the tragic U.S.-orchestrated coup against Mohammed Mosadegh.

But among the most surprising slogans heard in the streets of Iran were those calling for the reinstatement of the Pahlavi monarchy, ousted in 1979.

Crown Prince of Iran Reza Pahlavi, who fled Iran with his father Mohammad Reza Pahlavi, the former shah, has seized upon what appears to be at least some support for his return.

Speaking to BBC Radio 4, the prince suggested a form of constitutional monarchy would offer stability in Iran following the collapse of the Islamic Republic.

“Who then do you think people are chanting for today? I think they realize I am a person they can trust, a person they can recognize that has a particular political capital associate with this name. They attribute it to the modernity and progress that Iran had,” he said.

The crown prince has said he is not a monarchist and instead a democrat, but he ruled out returning to Iran until his safety can be assured. While he may have seen some smattering of support in recent days, this is most likely because of support among younger protesters who have no memory of pre-revolution Iran.

The Tehran-based intelligentsia that would have to back any meaningful revolution against the current regime would be unlikely to support his cause.

HERE’S WHY THERE’S NO JUSTICE IN THE UK: Common Law has been replaced with Talmudic Law – Patrick Cullinane

from All Modern Cons II:

Zionism Has Taken Power Away From the American People

We the People have lost control of our government to political Zionists. Learn why this loss of power is dangerous for America.

Zionism Has Taken Power Away From the American People