Tag: Is Soros Planning to Use Embedded Terror Groups to Block the 2020 Election From Taking Place?

Is Soros Planning to Use Embedded Terror Groups to Block the 2020 Election From Taking Place? 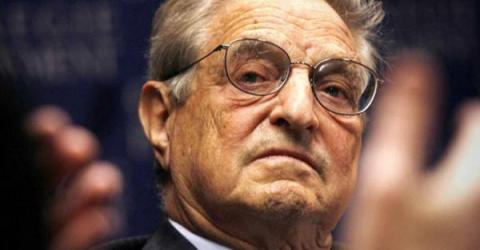 The world is waking up to the danger that George Soros poses to the freedom of citizens from any country at anytime. Soros is a man who once betrayed his own people as this person of Jewish origin turn in his fellow Jews to the Nazis. This man is dangerous and has been responsible for toppling governments from all around the world. He promotes the overrunning of a nation by illegal immigration including right here in the United States as it has been determined that his nefarious organizations, such as Open Society is funding the present American invasion by third world immigrants who are frequently accompanied by terrorists, MS-13, drug cartel members and even the infamous ISIS. His actions are not limited to just illegal immigration, however, this is his claim to fame.