Tag: Iran Opens Fire On Demonstrators. Protesters Chant: ‘Our Enemy Is Right Here; They Lie To Us That It’s America’

Iran Opens Fire On Demonstrators. Protesters Chant: ‘Our Enemy Is Right Here; They Lie To Us That It’s America’ 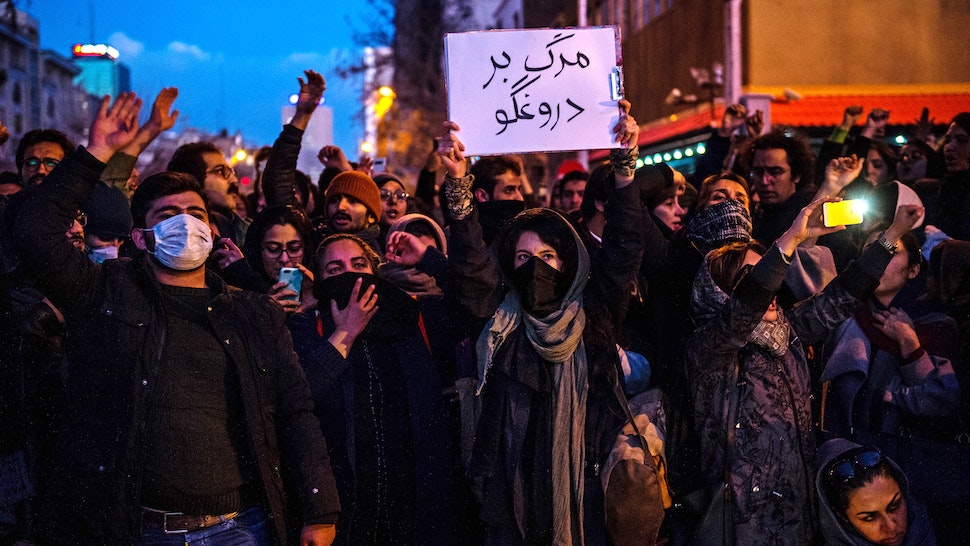 The Iranian government opened fire with live ammunition against demonstrators who were protesting the Islamic regime for shooting down a Ukrainian passenger plane last week and lying about it for days.

The Islamic Revolutionary Guard Corps (IRGC), which is a designated terrorist organization, shot down the plane late on Tuesday night after firing numerous missiles at U.S. forces in Iraq.

“For the first three days after the crash, Iran denied growing international accusations that it had shot the plane down, and looked as if it was engaged in a cover-up,” The New York Times reported. “The Iranian authorities insisted that the jetliner had gone down for mechanical reasons, and refused to cooperate with investigators. They also began to remove some evidence from the scene.”