Tag: If Democrats Have Their Way

If Democrats Have Their Way, The Monstrous ‘Death Toll Of Communism’ May Be Coming To America! In ‘Death By Government’, Disarmament Always Precedes Genocide! 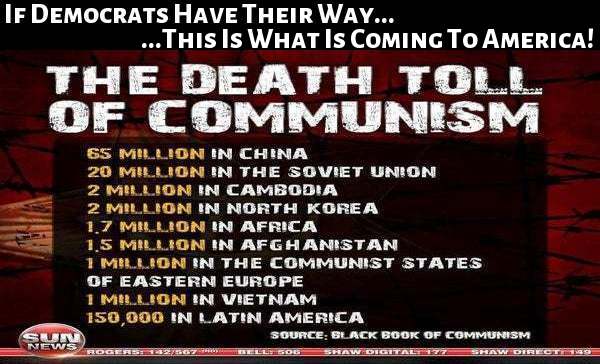 The Insane Leftist Agenda Must Be Stopped In 2020 Or Kiss Freedom & America Goodbye!

The progressive socialists of today have not changed much since the days of the Bolsheviks. One of their primary objectives is to tarnish the reputations of law enforcement and dismantle the military. This objective, in turn, makes the violence they use to force their agenda upon the populace even easier.

Today, Antifa is the ‘strong-arm‘ of the progressive socialists aka Communists! Backed by both the politicians and the media, they have been sold to the American people as freedom fighters. Antifa is nothing more than the violent arms of a party that pursues a globalist agenda. As the socialists had done in the past, they hire people to be Antifa and arm themselves and have the backing of the progressive socialists to terrorize innocent, law-abiding, unarmed people. CNN has compared Antifa to the invasion of Normandy, and this day continues to push the lies about Charlottesville that had been debunked months ago.