Tag: identifies as a male 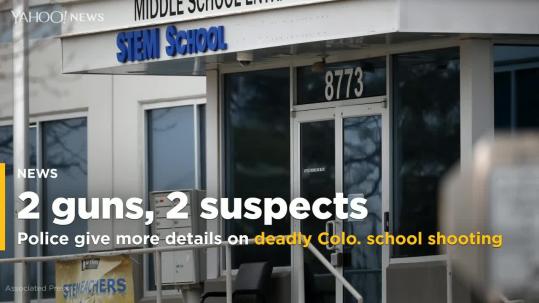 One of the suspected Colorado school shooting suspects identifies as a male despite the fact that he was born a female.

(INTELLIHUB) — An unnamed juvenile thought to be involved with the recent STEM School Highlands Ranch shooting incident was born a female but now identifies as a male.

The juvenile who now identifies as a male was taken into police custody after he and his partner Devon Erickson, 18, opened-fire on classmates with handguns killing 1 and wounding 9 others.