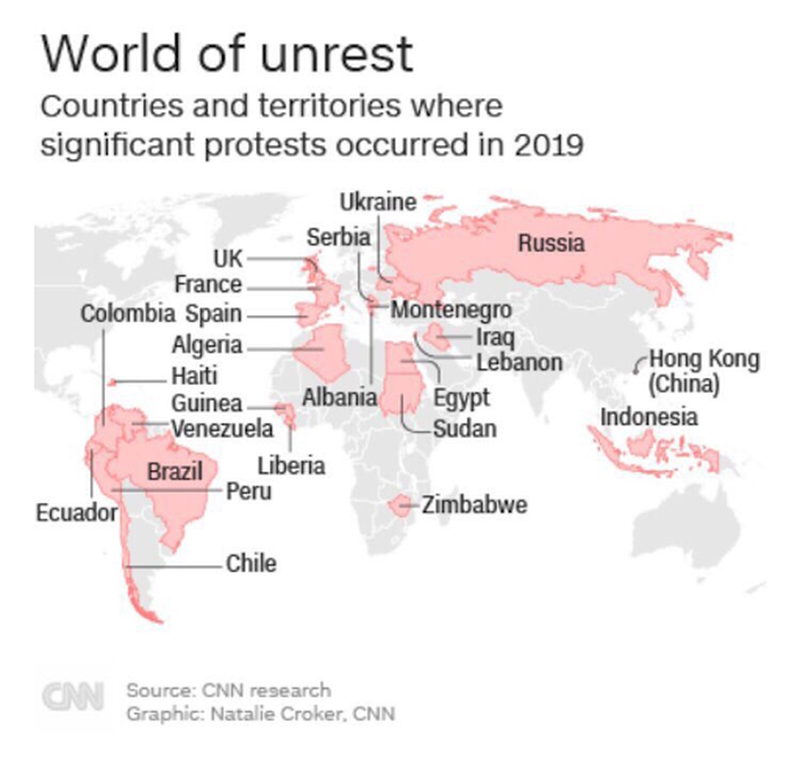 Monday morning and we here we go again for another “dramatic week”. There are going to be monthly PMIs to look at in particular: will we see any further deterioration, or will growth start to pick up as an early Christmas present? And there are of course rate meetings for the Fed, and the BOJ, and the BOC: the former will cut, with the real issue being if they will signal more soon or not given they are already deep in Repo Madness; and will the giant BOJ wake up from slumber like a giant Kaiju and start throwing markets into turmoil again?

Plus there is the Brexit circus. Will the EU grant the UK an extension until end-January 2020, or a more flexible date, or will France veto that and insist on a very short extension? Almost certainly they will insist that the newly reopened Withdrawal Agreement is this time firmly shut – so if the British Parliament then decides to merrily reopen it from its end and unilaterally start ramming amendments into it, it will not be doing so with EU approval. As such, and just as pertinently, will PM BoJo get his December election or not? The greater likelihood is not, as Labour appears to be desperate for an election – just not now – although the Lib Dems may be prepared to allow one given they see this as a way to prevent any further movement towards Brexit in the short term. (Though what do they think the election campaign will be about? The price of cheese?) Note that the latest opinion poll for the Observer has the Tories on 40% (+3 on the week), Labour unchanged on 24%, and the Lib Dems on 15% (-1), with the Brexit Party on 10% (-2).

END_OF_DOCUMENT_TOKEN_TO_BE_REPLACED 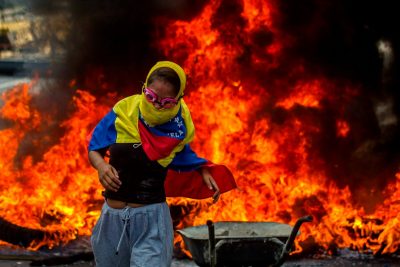 There are innumerable examples throughout the twentieth and twenty-first centuries, but three of the most notorious demonstrations of Washington, and its European cohorts incubating massive human tragedy and/or civil wars can be exemplified by Washington’s cultivation, indeed creation of toxic opposition movements whose goal is the destabilization and destruction of progressive governments and egalitarian economic and social structures. Currently, one of the most venal is Washington’s latest inamorata, or inamorato, Juan Guaido, the teflon Quisling of Venezuela, whose attempt to usurp the Presidency from democratically elected Nicolas Maduro would be comic in its ineffectiveness, were it not so tragic in its destruction of the lives of Venezuelan citizens. Venezuela, which controls the world’s largest oil reserves, among other coveted resources, is currently one of the most viciously targeted victims of imperialism, (cosmetically now described as “democracy development,” the latest rhetorical politically correct name for plunder).  Yet, Venezuela, contrary to mainstream media disinformation, seems to be enduring, with a loyal populace who are evidently capable of detecting and resisting  economic, social, and cultural manipulation, and a military who are so far unwilling to prostitute themselves.

END_OF_DOCUMENT_TOKEN_TO_BE_REPLACED Readers from myriad latitudes have been asking me about Hong Kong. They know it’s one of my previous homes. I developed a complex, multi-faceted relationship with Hong Kong ever since the 1997 handover, which I covered extensively. Right now, if you allow me, I’d rather cut to the chase.

Much to the distress of neocons and humanitarian imperialists, there won’t be a bloody mainland China crackdown on protesters in Hong Kong – a Tiananmen 2.0. Why? Because it’s not worth it.

Beijing has clearly identified the color revolution provocation inbuilt in the protests – with the NED excelling as CIA soft, facilitating the sprawl of fifth columnists even in the civil service.