Tag: High Crimes and Misdemeanours of Kavanaugh and the Senate-Trump Faction. Step-by-step Overthrow of the Rule of Law

High Crimes and Misdemeanours of Kavanaugh and the Senate-Trump Faction. Step-by-step Overthrow of the Rule of Law 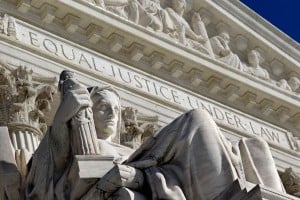 By a faction, I understand a number of citizens, whether amounting to a majority or a minority of the whole, who are united and actuated by some common impulse of passion, or of interest,  adversed  to the rights of other citizens, or to the permanent and aggregate interests of the community” – James Madison, Federalist Paper 10

Despite the historic stakes of the ram-through appointment to the Supreme Court of the United States of a serial liar and alleged early rapist, who loudly denounces his Senate questioners as a “left-wing conspiracy” – sniffing all the time as his habit – there has been no legal analysis of his abetted crimes of persistent false statements and declarations, and factional subversion of the rule of law and the US Constitution itself.