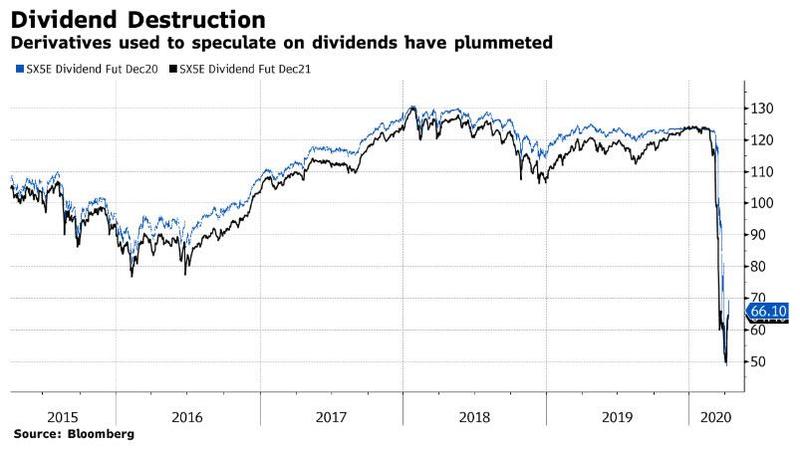 As a reminder, two weeks ago we reported that BNP Paribas, the largest French bank, lost hundreds of millions of dollars on complex stock trades as markets crashed in March. To exactly nobody’s surprise, traders at the Paris-based bank, which together with its biggest competitor SocGen, had long carved out a niche in “sophisticated” derivative trades – which work great as long as the market levitates unperturbed and suffer massive losses once the VIX spikes – lost an estimated €200  on equity derivatives once the market tumbled. According to Bloomberg, the trades that went awry included dividend futures and structured products. As we noted, BNP lost about 100 million euros on structured products, ostensibly by taking the other side of trades they sold to retail investors across Japan and South Korea; the trades were linked to baskets of stocks and other assets. The bank also lost about 100 million euros on dividend futures, with losses surging at one point to about 300 million euros before improving.