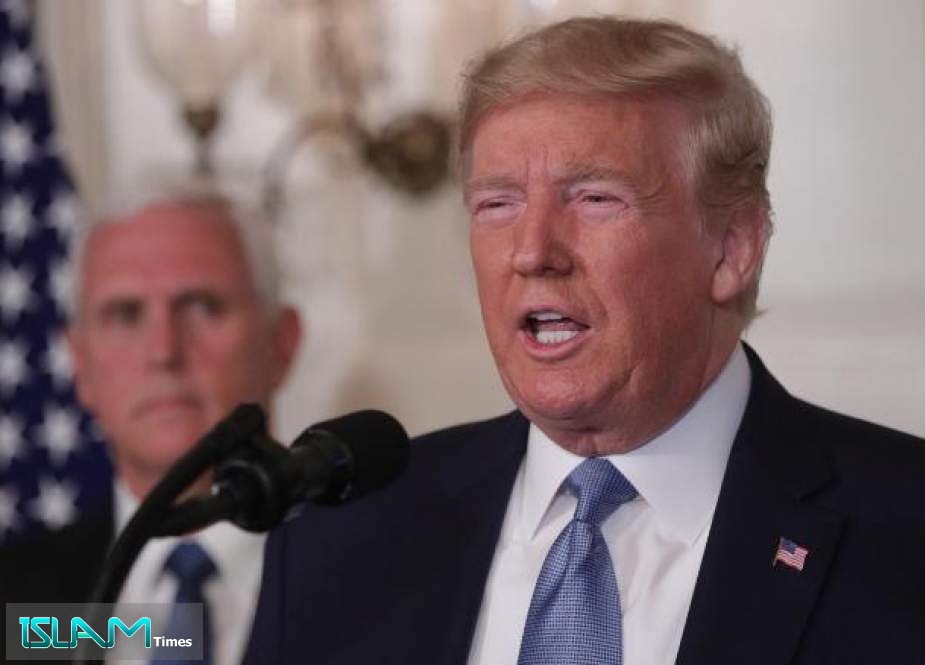 Donald Trump, who believes everything that is real is fake and everything that is fake is real, has delved into another academic discipline for which he believes he is an eminent expert. After promulgating his own fake weather forecasts, political opinion polls, and news, Trump has now proclaimed his own fake history. After abandoning to invading Turkish forces the Syrian Kurdish People’s Protection Units (YPG) forces, who have been allied with US Special Forces battling the Islamic State caliphate jihadists in Syria, Trump stated, “They [the Kurds] didn’t help us in the World War II, they didn’t help us with Normandy, as an example.”

END_OF_DOCUMENT_TOKEN_TO_BE_REPLACED

Thousands of articles have been written about the so-called Russian hack of the US election. The term “Russian hack” suggests the Russkies actually found a way to subvert the results of voting machines.

But of course, no convincing evidence has been presented to support such a charge. In fact, when you drill down a few inches below the surface, you find this charge instead: Russia hacked into email accounts and scooped up Hillary, DNC, and Podesta emails, and passed them to WikiLeaks, who then published them.

END_OF_DOCUMENT_TOKEN_TO_BE_REPLACED 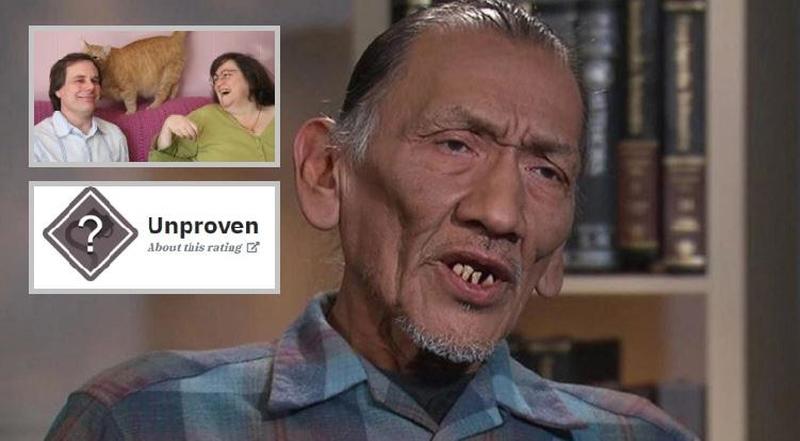 Snopes is refusing to set the record straight about Nathan Phillips, the Native American at the center of the Covington High School student controversy.

Phillips, who turned out to be the Maytag Man instead of a “Recon Ranger,” has stolen valor for years – falsely claiming in interviews to have been deployed to Vietnam – before carefully changing his wording to clarify that he was a “Vietnam-times” veteran.

END_OF_DOCUMENT_TOKEN_TO_BE_REPLACED

We travel backwards through the many incidents of Abilio doing his Cuban Communist-est to earn the right to be tossed. 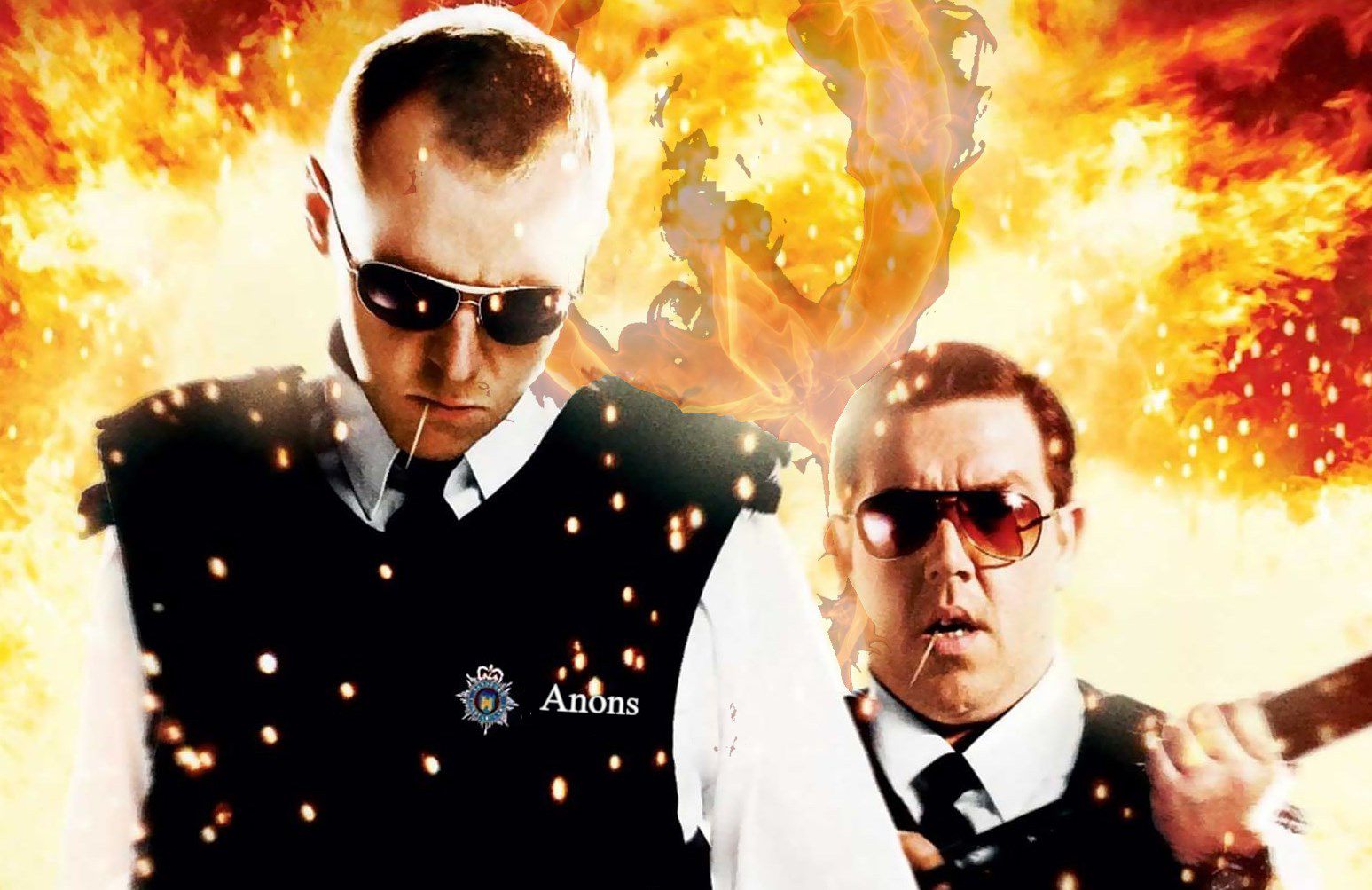 We’re basically living the plot of the movie Hot Fuzz.

If you’ve never seen it, a London police officer named Nicholas Angel gets moved to a small English suburb, where he basically gets to do nothing. It’s this perfect, picturesque village in the countryside with no real crime. That is, until a mysterious cloaked murderer starts taking out village residents one-by-one. He teams up with Danny, the Chief Inspector’s son, and ends up uncovering a Hooded Cabal made up of town leaders, secretly running everything behind the scenes.

END_OF_DOCUMENT_TOKEN_TO_BE_REPLACED

Thousands of articles have been written about the so-called Russian hack of the US election. The term “Russian hack” suggests the Russkies actually found a way to subvert the results of voting machines.

But of course, no convincing evidence has been presented to support such a charge. In fact, when you drill down a few inches below the surface, you find this charge instead: Russia hacked into email accounts and scooped up Hillary, DNC, and Podesta emails, and passed them to WikiLeaks, who then published them.

No chain of evidence supporting this claim has been presented to the public, either. But even assuming the assertion is true, an important factor is intentionally being ignored: THE CONTENT OF THOSE LEAKED EMAILS.

END_OF_DOCUMENT_TOKEN_TO_BE_REPLACED

Weinstein Story Isn’t the First the Media has “Spiked”

by Sharyl Attkisson, The Hill:

Many people seem shocked by claims from a former New York Times reporter who says the newspaper sat on her 2004 information exposing alleged sexual misconduct by Hollywood mogul Harvey Weinstein. (The Times told Newsweek they would have only withheld information for good reason.)

The Weinstein question aside, I can tell you that every day, in newsrooms around the country, stories are killed because powerful people know how to get them killed.

Recently, a former managing editor of Time magazine said that the only bias reporters have is their bias to get a great story on the front page. That may be true of good journalists — and there are many. But good journalists’ intentions are impacted by managers and editors with authority to shape and censor; by managers and editors who are lobbied, enticed, pushed, pressed, cajoled and threatened by PR companies, crisis management specialists, global law firms, super PACs, advertisers, “nonprofits,” business interests, political figures, famous people, important people, wealthy people, and their own corporate bosses.

An entire industry has been built around companies and operatives that work to get stories placed, discredited or wiped. They obfuscate, confuse and attack. Their targets include ideas they oppose, whistleblowers and advocates who are exposing the truth, journalists uncovering the facts, and news outlets publishing the stories.

One operative matter-of-factly described his strategy to me: “You call the [news division’s] attorney, you call the general counsel, and you say ‘Do you understand what you’re doing?’ … We’ve killed several stories by using that method.”

In my two decades as a reporter for CBS News, my stories were often on the receiving end of these efforts. The pharmaceutical industry is probably the most aggressive and persuasive, considering how much media advertising it buys, how much influence it wields within government and how much money it has at its disposal. I’ve written about one of my best CBS executive producers who recounted getting harassed by the network sales department; at issue were my investigations exposing risks of medicine produced by some big pharmaceutical advertisers. More pressure came after off-the-grid conversations and meetings that pharmaceutical lawyers arranged with certain news producers and executives; I wasn’t invited.

Over the years managers asked me to to soften or remove information from stories — or “held” stories — related to the NFL, the American Red Cross, Ford Motor Company, People to People, Feed the Children, the government, a college football player, Goldman Sachs and Boeing, to name but a few. (This implies no illegal activity or wrongdoing on anyone’s part; it simply raises ethical questions within the journalism industry.)

At CBS News, it became routine for my stories to be met with organized resistance when the White House felt those were contrary to its interests. One White House operative might contact a CBS manager in New York. Pretty soon, we might be fielding calls to our Washington office from political figures; another White House flack might call my bureau chief after hours. All would use similar phraseology and talking points.

“What was his complaint this time?” I asked my CBS bureau chief on one occasion when he mentioned the regular post-story call from a White House spokesman.

“He didn’t really have a specific one,” the bureau chief replied with a chuckle. “He just didn’t like the whole story.”

If nothing else, they hope to wear you down. Or better yet, wear down your bosses so that they seek to avoid the stories altogether.

The multi-pronged outreach strategy was more obvious than usual in September of 2013, with the benefit of a few emails. It was after CBS News assigned me to cover the Benghazi story (for which we received a nomination for an investigative Emmy Award). Two White House operatives separately emailed two CBS figures about an hour apart to complain about my stories. They proposed a story, instead, about “exculpatory” material, which they attached to the email.

“… we know if it was the reverse — we’d be deluged in coverage. So it only seems fair to report on the exculpatory material. Three different themes we noticed below (with page number cites!)… let me know if we can otherwise be helpful. – Jay”

We know if it was the reverse — we’d be deluged in coverage. So it only seems fair to report on the exculpatory material. Three different themes we noticed below (with page number cites!) … let me know if we can otherwise be helpful. – Eric

I pointed out to my bureau chief that we had already reported the angles they were pushing.

“They’re just doing their propaganda job trying to harass you guys so you’ll harass me,” I noted. “Right you are,” replied my boss.

I was lucky. Most of the time, I had managers who stood up to the obvious attempts to draw us away from important reporting; I think most news organizations have managers like this. But it became tougher and tougher.

In the last ten years, I’ve talked to many reporters who have complained to me that they believe they’ve had stories improperly changed or killed at CBS, NBC, ABC, Fox News, The Wall Street Journal, The New York Times, The Washington Post and in local news.

At a conference for investigative reporters, a small group of us circled up and compared notes. We all agreed it’s getting worse.