Ex-Boyfriend Says Dr. Ford Coached Friend for Polygraph, Had No Fear of Flying 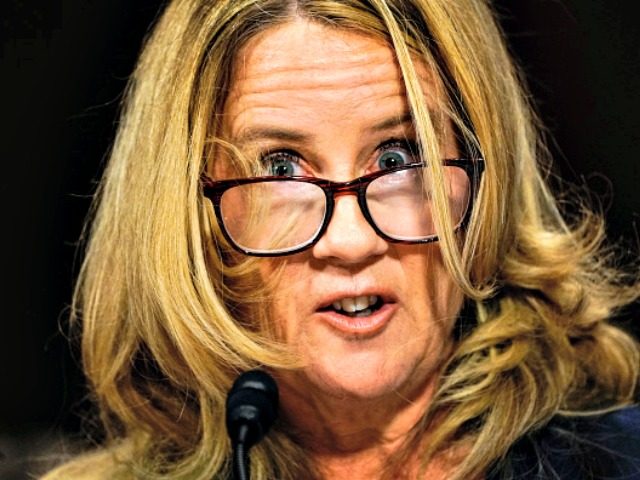 A man who dated Brett Kavanaugh’s primary accuser, Christine Blasey Ford, for six years claims she had no fear of flying, no fear of small spaces or rooms with single exits, and once used her psychology training to prepare a friend for a polygraph examination, according to a Tuesday Fox News report.

In a sworn statement to the Senate Judiciary Committee dated Tuesday, the California man claims to have met the then-Christine Blasey “in 1989 or 1990,” then had been romantically involved with her for about six years from 1992 to 1998. In that time, he claims to have witnessed Ford, then studying psychology, coach a close friend as she prepared for government administered polygraph exams. Fox News’s Shannon Bream posted a redacted version of the letter on Twitter: