A New Era Of Chaos Is Coming To America This Week Former Secret Service Agent Warns: ‘If You Don’t Have The Spine For What’s Coming, Don’t Turn On The TV’ 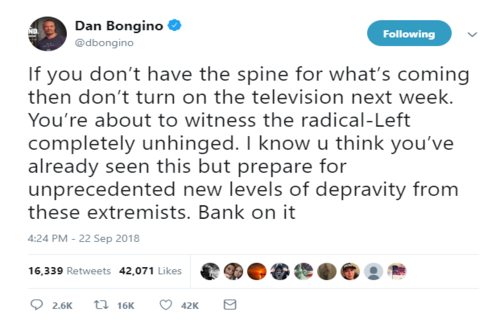 In a very important recent story over at the Daily Mail that has been totally censored by the mainstream media, they report that according to President Trump’s Housing Secretary Ben Carson, a long-running socialist plot to take over America has been behind the recent Brett Kavanaugh sexual assault allegations.

While the mainstream media and big tech will do everything in their power to stifle Carson’s claims, quite literally calling anyone who believes them a ‘tinfoil-hat-wearing conspiracy theorist‘, a closer look at Carson’s warnings finds not only a shadowy conspiracy that has existed in America for over 100 years, but brings us straight to a cryptic warning recently given by Julian Assange of Wikileaks who eerily stated in his last pre-blackout interview: “This is the last free generation“.