Tag: Criminal Embargos: Venezuela and Iran in the Crosshairs of Murderers Inc – Who is Next?

Criminal Embargos: Venezuela and Iran in the Crosshairs of Murderers Inc – Who is Next? 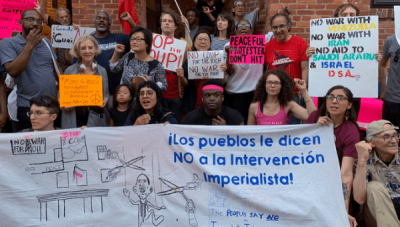 Imagine just for a moment, the World would stand up in unison, sick and tired of the aggressive killer arrogance of the United States and her vassals – and their joint war-force called NATO – and this World, our World, what’s left of it when you deduct Washington and its Brussels allies, would at once block every shipment of everything destined for the ports of the United States of America; every sea port, airport and road port. Hermetically. Nothing would enter. Nothing, no food, no medicine, no electronics, no cars – no nothing. And nothing could leave. No exports, no petrol, no grains, no meat, no pharmaceuticals and foremost, no weapons. Nothing.