Tag: CNN Gives Platform to Iranian Who Once Said She’d Shoot U.S. Hostages in the Head

CNN Gives Platform to Iranian Who Once Said She’d Shoot U.S. Hostages in the Head 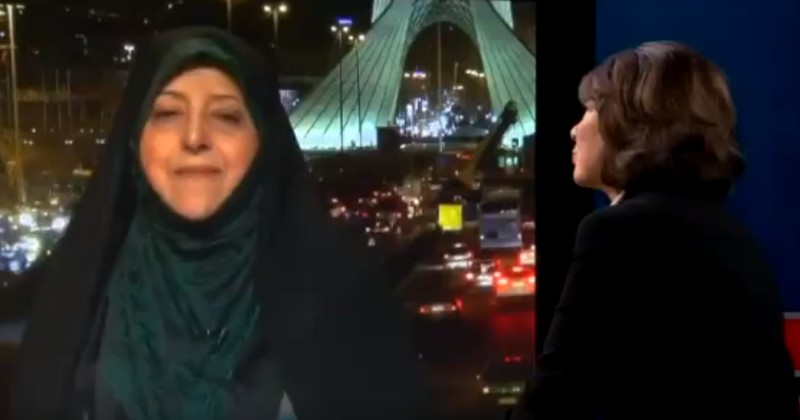 CNN gave a platform to an Iranian government official who once said that she wouldn’t hesitate to shoot American hostages in the head.

Masoumeh Ebtekar, the current Vice President of Iran for Women and Family Affairs, was formerly the spokesperson for the extremist students who stormed and occupied the U.S. Embassy during the Iran hostage crisis of 1979, where 52 Americans were held hostage for 444 days.