Tag: China’s New Party Line: We’re Trying To Save The World From The US

China’s New Party Line: We’re Trying To Save The World From The US 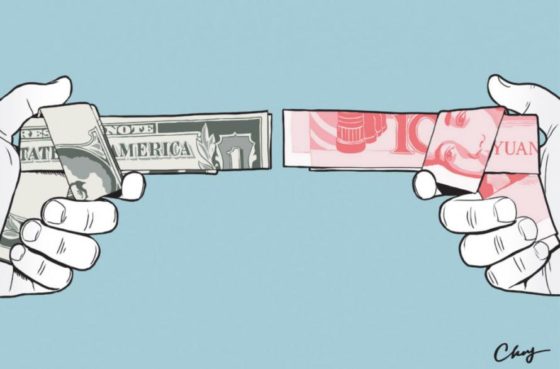 China has accused the United States of “trade bullyism practices” that have become “the greatest source of uncertainty and risk for the recovery of the global economy.” And their new party line has become: “we’re trying to save the world from the US government.”

In a 71-page paper, the Chinese government came out swinging against the US’s efforts to ignite a disastrous trade war. They accused President Donald Trump’s administration of “trade bullyism practices” but worse, say they are attempting to save the world. According to CNBC, the document, which was published on Monday, outlined the Chinese government’s response to criticisms leveled against it by the US. Issues addressed in the report include the trade imbalance between the two countries, Beijing’s subsidy policy and alleged intellectual property theft by China’s companies.