Tag: By Not Renewing the CBGA

By Not Renewing the CBGA, Central Banks in Europe Look Ready to Buy Gold 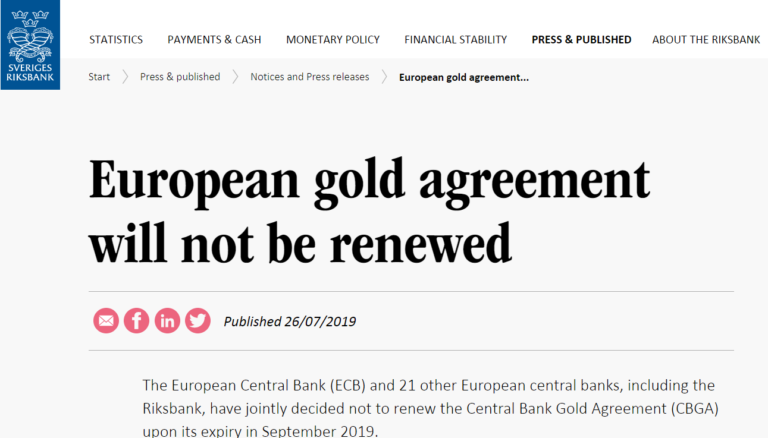 Last month, a BullionStar article titled “The Fifth Wave: A new Central Bank Gold Agreement?” brought your attention to the fact that the fourth and current round of the Central Bank Gold Agreement (CBGA) run by a cartel of heavyweight central banks in Europe was about to expire, and that these gold agreements, which have been running in rolling five year periods since September 1999, were not designed for the purposes they claimed to be.

That CBGA1 and CBGA2 from 1999 – 2008, were not intended to help the wider gold market by limiting central bank gold sales, but were really a cover by the central bank syndicate members to account for nearly 4000 tonnes of gold that had already been sold or leased during the 1990s. That CBGA3 was then used to distract the gold market about the secretive ‘gold sales’ that the IMF claimed to have undertaken in 2010, which were really another book squaring exercise for previously disposed IMF gold.