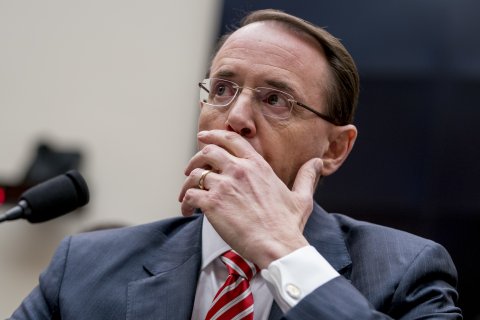 As we reported earlier today Rod Rosenstein is one of the most conflicted and corrupt officials in US history.

According to multiple reports, Deputy Attorney General Rosenstein has given a verbal resignation to Chief of Staff John Kelly following an explosive NYT report he wanted to wear a wire and oust Trump from office.

Last week, Freedom Caucus Chairman Mark Meadows (R-NC), who previously filed articles of impeachment against Rosenstein, called for the Deputy Attorney General to appear before Congress under oath this week.