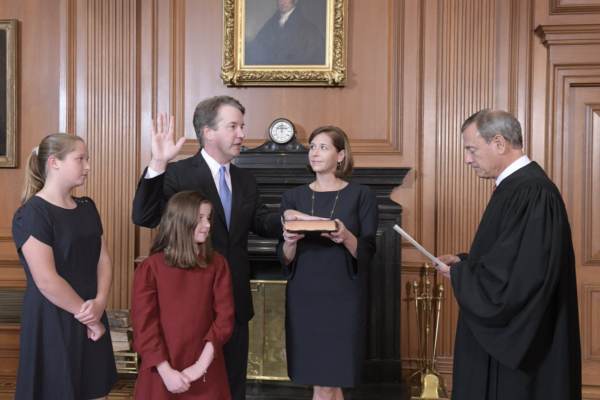 Brett Kavanaugh was sworn in as the 114th Supreme Court Justice in US history Saturday evening.
The Democrats, led by Dianne Feinstein and Chuck Schumer launched the most evil smear campaign against Kavanaugh in modern times–and they still lost.

Republican lawmakers have been screamed at, assaulted and intimidated by unhinged leftists leading up to Kavanaugh’s confirmation–now the GOP lawmakers are receiving death threats on their personal cell phones.