As we’ve explained before, there are two great new films out recently in Russia about Putin, Andrei Kondrashov’s ‘PUTIN’, and Vladimir Solovyov’s ‘World Order 2018’.

Kondrashov’s 2 part, 4 hour bio is a look at Putin’s life through interviews with Putin himself and people who have known and worked with him going back to his childhood. Completely fascinating. So far the first 2 hours have been released with English subs – here is our write up about it on RI.

END_OF_DOCUMENT_TOKEN_TO_BE_REPLACED

The Saudi sovereign wealth fund and SoftBank Group Corp. of Japan jointly announced plans to build a solar project that is staggering in size – 200 gigawatts (GW) by 2030. That would be about 100 times larger than some of the largest projects in the world right now. “It’s by far the biggest solar project ever,” Masayoshi Son, CEO of SoftBank said at a news conference Tuesday in New York after signing a nonbinding agreement with Saudi Crown Prince Mohammed bin Salman (MbS).

The project would begin with a $5 billion investment, initiated this year, which would translate into about 7.2 GW, slated to come online in 2019.

END_OF_DOCUMENT_TOKEN_TO_BE_REPLACED

Scientists create a cheap paper water filter that removes lead, arsenic and bacteria while being portable and disposable 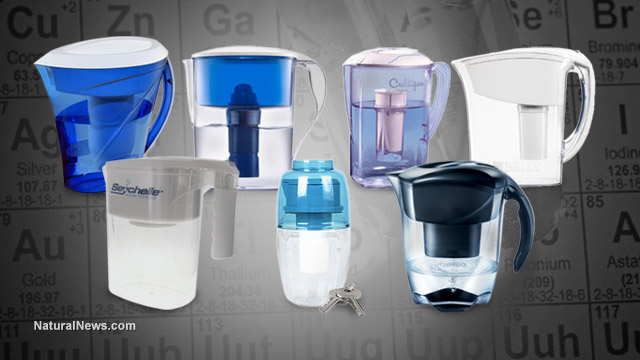 Hands down, the most important factor in maintaining public health is access to clean water, and scientist Liangjie Dong from the University of Hawaii has come up with a revolutionary new technology that stands to bring clean water to even the poorest and most remote regions of the world – all for just a few pennies a gallon.

It’s known as Mesopaper, and it basically looks like a grey-colored coffee filter of sorts that you simply place over the top of a water bottle or jar before pouring water through it. Mesopaper is capable of filtering out heavy metal toxins like lead, arsenic, and mercury, all while preserving important nutrients like calcium and magnesium that benefit health – and the best thing of all is that Mesopaper costs next to nothing to produce.

END_OF_DOCUMENT_TOKEN_TO_BE_REPLACED IN 2017, more than a half-million human beings — 553,742 of them to be exact — were homeless in the U.S. for at least some time. Last year was the first since the 2008 financial crisis that America’s homeless population grew. The 2016 U.S. census found that 12.7 percent of Americans — which translates to just over 43 million human beings — live below the poverty line. Millions of American children live in hunger: according to a 2015 U.S. Department of Agriculture study, the U.S. has “13.1 million households with children that often go without food: ‘food-insecure households.’”

END_OF_DOCUMENT_TOKEN_TO_BE_REPLACED

The Real Purpose of the Tariffs 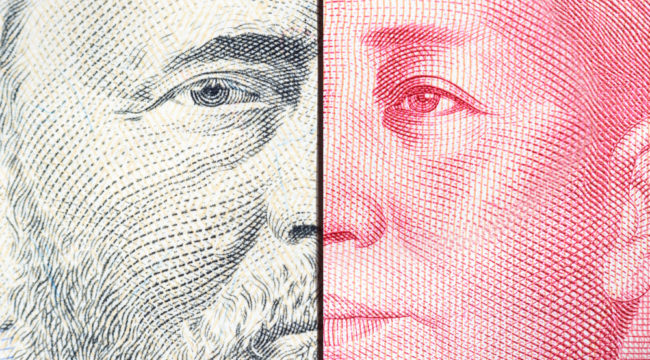 On Thursday, March 22, the trade war that has been brewing between China and the U.S. broke into full-scale combat.

President Trump signed an executive order pursuant to Section 301 of the Trade Act of 1974. This order imposed $50 billion of penalties and tariffs on Chinese exports to the U.S.

I have described this as the “nuclear option.”

Within hours, China fired back. China imposed tariffs on $3 billion of U.S. exports as retaliation for the Section 301 action by Trump.

The first trade war since the 1930s is now in full swing and may continue for years to come.

END_OF_DOCUMENT_TOKEN_TO_BE_REPLACED

The Blockchain Is About to Have Its “Internet Moment”

Justin’s note: Bitcoin is down more than half from its all-time high last December. Other cryptos are down even more. Many new investors are worried about the sell-off, but veterans know that volatility is common in this space.

In today’s essay, world-renowned cryptocurrency expert Teeka Tiwari explains that the early days of the internet experienced similar downturns… and shows how today’s crypto market is setting up for just as big of a recovery…

In 1984, two young lovers at Stanford University were frustrated. They wanted to send romantic letters to each other over the university’s computers, but they couldn’t.

END_OF_DOCUMENT_TOKEN_TO_BE_REPLACED Every 80 years, nations often experience colossal events. There are different theories about this cycle – for example, the Fourth Turning theory focuses on the cyclical strengths of institutions versus individuals. Others surmise that four generations after a major crisis, there are no more older people to warn the society, and the younger people take peace and prosperity for granted.

Well, exactly 80 years ago, America was mired in the Great Depression, and World War II was about to begin. Yet, predictably, most Americans and Europeans now cannot even fathom such scenarios repeating in their lifetime.

END_OF_DOCUMENT_TOKEN_TO_BE_REPLACED

West Virginia is test launching a mobile voting system powered by blockchain technology in its upcoming primary election on May 8th. The system will initially be available only for active-duty military registered voters and their “eligible dependents” in Harrison and Monongalia county.

The state is the first in the country to be testing a blockchain-backed voting system for a federal election, according to a recently released statement.

END_OF_DOCUMENT_TOKEN_TO_BE_REPLACED

A SYRIAN CHRISTIAN REVEALS WHAT IS REALLY HAPPENING IN SYRIA

“H” was born in Damascus, and legally immigrated to the United States from Syria more than 20 years ago, long before the current war began. She became a U.S. citizen and earned a doctor’s degree from an American university. She is completely fluent in both English and Arabic. She recently returned from a trip back to Syria, where she has many family members and friends who keep her apprised of the situation there. She is also one of the kindest and most devoted Christians I have ever met. I am keeping H’s name confidential, as I do not wish this interview to in any way jeopardize her family’s safety in Syria, or the status of her professional work in the U.S.

I originally anticipated that our discussion would be two-part; first I would give her a short primer on the back story of American politics. When we sat down, I told H that I have been a journalist since 1985. I began to explain that America is run by an oligarchy that conceals itself behind a façade of two-party democracy, that Presidential candidates have long been pre-selected, that Americans have been repeatedly deceived into wars, and that our press is controlled by the same establishment that controls the politicians. H was smiling, and I could swiftly tell that nothing I said was news to her. And so it was affirmed that what famed commentator “Syrian Girl” (whose Facebook and YouTube accounts have been censored) said is true: Syrians are well informed about the New World Order. Indeed, Syrians know more about the realities of American geopolitics than most Americans do. So, after about four minutes, I laughed, and told H that my “lecture” was over. I now asked her to tell me the truth about Syria. My questions are in normal font, her replies in bold. For this post, I have inserted some pictures and video that correlate with her comments.