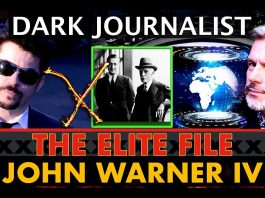 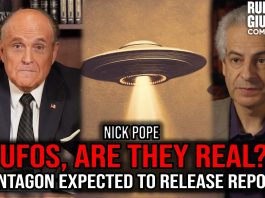 While looking for signs of intelligent life in the universe, astronomers have detected 15 fast radio bursts from a distant galaxy.

These poorly understood phenomena are short pulses of radio emission, just milliseconds long, believed to be coming from rapidly spinning neutron stars or black holes in distant galaxies. A less popular theory is that they’re signs of extremely powerful spacecraft from alien civilizations.

This particular fast radio burst (FRB), called FRB 121102, is of particular interest as it is the only known one to be repeating, something that astronomers can’t yet explain.

Earlier this month, astronomers using the Green Bank Telescope in West Virginia (a collection of radio telescopes) not only found 15 more bursts, but found them at a higher radio frequency than was ever observed before, the astronomers said in their findings published in The Astronomer’s Telegram.

“It’s not surprising that we’ve found 15 more from this source; we’ve been detecting many of them over the past few years,” Paul Scholz, an astronomer who studies FRBs with the Dominion Radio Astrophysical Observatory in Penticton, B.C., told CBC News. “The one thing that’s unique about these [new ones] is that they are at a higher frequency than we’ve ever seen before.”

Scholz, who was not involved with the new discovery, was with McGill University when he and a team of astronomers discovered FRB 121102 to be a repeater. In 2016, a McGill team was able to locate the source of the strange FRB.

At the time the signals left its host galaxy, Earth would have been two billion years old, less than half its current age. The only living things on the planet would have been single-celled organisms.

As though the object wasn’t strange enough, it also behaves like no other FRB. Typically, objects that emit similar signals, such as pulsars, do so in a smooth fashion across many frequencies. But that’s not the case with FRB 121102.

Scholz said that there could be reasons such as the signal being distorted between its source galaxy and Earth.

Anonymous – They Aren’t Going to Tell You About This! (CERN ALERT MESSAGE 2017)

Governments And Corporations Can Unleash Deadly Weapons On Our Population: “Our Greatest Danger Is Denial That Such Things Are Possible”

by Jeremiah Johnson, SHTF Plan: Last week the first 1 million mosquitoes of a planned 20 million to be turned loose were released in Fresno County, California. The word “released” may very well be interchangeable with “unleashed,” as the insects (males) were infected with the Wolbachia bacterium prior to their release. The objective is to release these male insects (allegedly producing no viable offspring when carrying the bacterium) into the population of Aedes aegypti mosquitoes, the primary culprit for mosquitoes that torment man.

No big deal, right? I mean, no possible harm could be rendered with this, right? The article, To Shrink Mosquito Population, Scientists Are Releasing 20 Million Mosquitoes, from July 21, 2017 by James Doubek bears reading. Here’s an excerpt:

“The project is called Debug Fresno and it’s being undertaken by Verily, a subsidiary of Alphabet, Google’s holding company. It’s the company’s first field study involving sterile mosquitoes in the U.S.”

Some of the article’s information stems from data released by The Scientist magazine, and one of their blurbs is also interesting:

“The magazine says the bacterium [Wolbachia] ‘is not known’ to infect humans.”

“Not known to infect humans” is really comforting, is it not? The company Verily also highlighted some of its newfound and wonderful capabilities, as noted here:

“Verily says it developed ‘automated mass rearing and sex-sorting processes,’ which enable it to breed and release so many of the mosquitoes in such a short time.”

That’s great: A downstream “subsidiary” company of Google, owned by Zuckerberg and in bed with the NSA would never think of either releasing anything that was known to be harmful or tailor their industries to produce something that was harmful. At least whatever they release can be released in a short time. In this manner, if a distraction or false flag is needed by The-Powers-That-Be, it can be concocted and implemented in a short time. It’s all good, and whatever happens will be either forgotten by the public or blamed on something else.

Another recent article appeared last week, entitled Off-the-shelf DNA can be used to manufacture biological weapons, stunned scientists discover, by Russel Davis, released on 7/19/17. According to this article, Canadian researchers in Alberta have successfully created a new virus called horsepox with similar characteristics of smallpox.

Really, now? With the characteristics of smallpox? The world battled smallpox in every corner of the globe to eradicate it, and the only known specimens are within government labs, ostensibly labeled as “experimental material,” although in truth, they are stockpiled for weaponization. An excerpt from the article by Davis makes this point quite clearly:

“A number of science experts expressed concerns about the latest breakthrough, raising the alarm about the potential harm it can bring to the general public. According to outside experts, horsepox in itself may not be harmful to humans. However, the technique used to create the virus may play to the advantage of terrorists and may result in the development of biological weapons.”

“Bringing back an extinct virus that is related to smallpox, that’s a pretty inflammatory situation. There is always an experiment or event that triggers closer scrutiny, and this sound like it should be one of those events where the authorities start thinking about what should be regulated,” said Paul Keim, an expert in bioweapons at Northern Arizona University in Flagstaff. Peter Jahrling, a virologist at the National Institutes of Allergy and Infectious Diseases, expressed a similar concern. According to Jahrling, the technique can be easily replicated by well-equipped vehicles. If the technique falls into the wrong hands, it can be used to synthesize otherwise disastrous viruses, Jahrling added.”

by Dawn Luger, The Daily Sheeple:

A former NASA engineer at the Ames Research Center claims aliens are in our solar system and they are creating the beautiful rings around the planet Saturn. Dr. Norman Bergrun claims UFO’s and alien spacecraft are hiding among the rings of not only Saturn but other ringed planets as well.

Dr. Bergrun is not joking or trolling either. He’s serious, and according to the mainstream media described “conspiracy theory channel,” SecureTeam10, which obtained Bergrun’s comments, the alien ships have been here for some time. “Alien spacecraft are proliferating in our solar system and around these ringed planets,” Bergrun is quoted as saying on the video. Bergrun also noted the alien aircraft are circling other ringed-planets in the solar system, including Jupiter and Uranus.

END_OF_DOCUMENT_TOKEN_TO_BE_REPLACED

On the southwestern edge of Lake Titicaca, Peru, there is an ancient 23-foot doorway known as the Aramu Muru. Local natives call it the “Puerta de hayu Marca,” the gateway to the lands of the gods and immortal life. Throughout their history, the natives have described people disappearing and appearing at this doorway.

In 1998, purported extraterrestrial contactee Jerry Wills claimed a tall blonde humanoid named Zo taught him how to access Aramu Muru and enter “another universe.” Wills further claimed that Zo illustrated to him how our universe is an experimental simulation within his species’ universe. They built it to understand their own reality, which is itself nested inside a larger universe.

END_OF_DOCUMENT_TOKEN_TO_BE_REPLACED

What Is This? Massive Anomaly from South America to Antarctica Caught On MIMIC

UK Government Releases Almost All Of Its UFO Files

Last month, it was reported that the British Government was going to release its last secret UFO files and now 15 out of 18 of them are available for public viewing. They are unfortunately not digitized yet so if you want to inspect them, you’ll have to take a trip to the National Archives at Kew, London.

The lack of digital copies has done nothing but excite conspiracy theorist that have been overblowing the quite lackluster release of documents provided by the Minister of Defence (MoD).

“No UFO sighting reported to [MoD] has ever revealed anything to suggest an extra-terrestrial presence or military threat to the UK,” Carl Mantell of the RAF‟s Air Command stated in a briefing to the Defence Minister in 2009. “There is no defence benefit in [MoD] recording, collating, analysing or investigating UFO sightings.‟