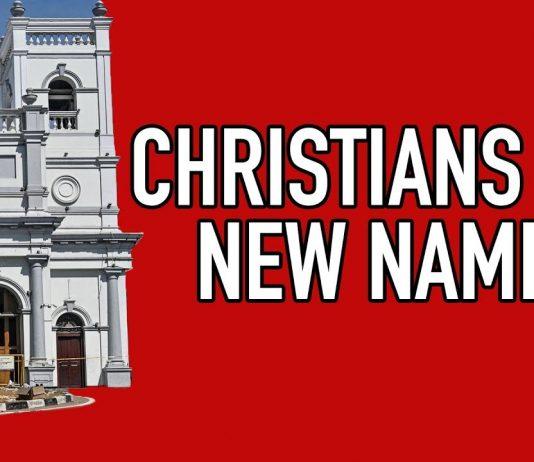 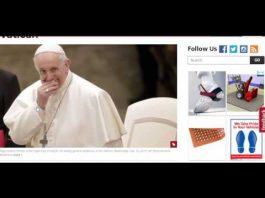 POPE FRANCIS: Leading his followers into the gates of Hell.

End Times Persecution Is Here: The Largest Country In The World Is Destroying 1000s Of Crosses And Bibles 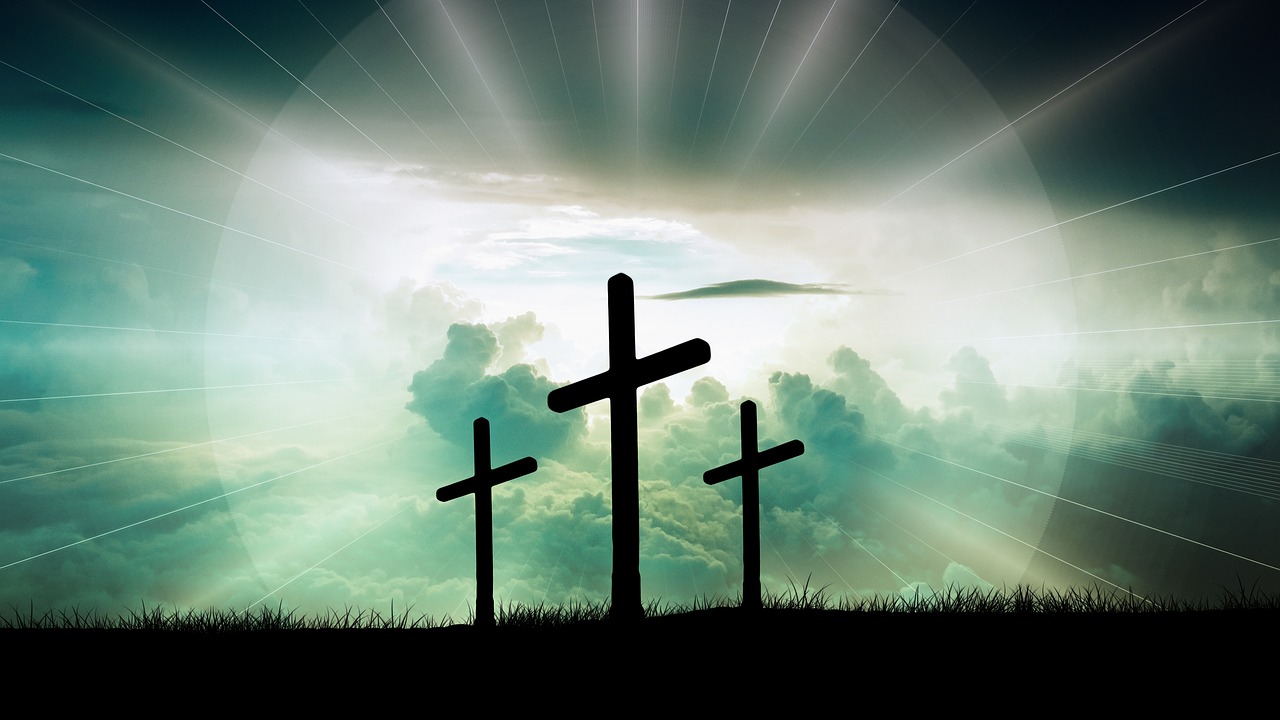 END_OF_DOCUMENT_TOKEN_TO_BE_REPLACED

A Blueprint for Resistance: Jesus Christ vs. the Police State

END_OF_DOCUMENT_TOKEN_TO_BE_REPLACED

Western, Not Russian Elites Are the True Manipulators of the Church 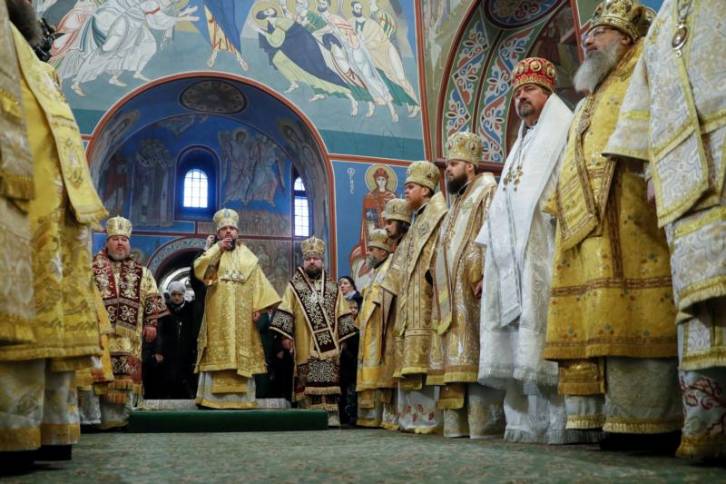 The current favourite anti-Russian Orthodox slander of the US-controlled Western media (obviously, this includes the State-run BBC locally) is that the Russian Orthodox Church is the lackey of the Russian government, notably of President Putin. Here they love to misquote the words of Patriarch Kyrill, that President Putin as a leader is a miracle.

END_OF_DOCUMENT_TOKEN_TO_BE_REPLACED

GRAVITOBIOLOGY AND THE HUMAN SOUL

Thomas Bearden, a former U.S. Colonel and physicist of a high order, wrote about the relationship of unified (meaning: including gravity) hyper-dimensional physics and its relationship to biological systems. As part of the intelligentsia, Dr. Bearden is a serious outlier, who was given the “fringe treatment” that awaits anyone who steps outside the orthodoxy of the established narrative and tells a different tale.

The basic idea, outlined by Joseph Farrell in his book, Secrets of the Unified Field, is that the material world is largely the result of a special kind of electromagnetic templating that determines the design and function of systems of all kinds in the real world. Bearden was in great agreement with the work of the Russian scientists, who determined in clever and far-reaching experiments that analogical states could be transmitted from one system to another using something called “infolding the potential.” Potential refers to magnitudes of “stuff” that have no dimensions, sometimes referred to as “scalar”  Infolding is to a layman, merely the application of subtle arrangements of energy that are “tucked into” a physical system. By analogical, what I mean is that a state of “health” or “illness” are infolded into animals by way of complex templates, or gratings, that include this “infolded” information.

One of the frightening things about this is its potential to be misused. Another concern is the fact that people are avoiding understanding it, which only increases the potential for misuse.

Joseph Farrell stated in a recent gathering of his website members, called a “vidchat”, that he did not believe in the idea presented by Elena Freeland that humanity could be fenced in completely using scalar technology; that it was his view that humanity included within each being non-local consciousness that could only be temporarily derailed through these methods. That idea struck me as sound and I began thinking about spiritual systems in other cultures and their relationship to manipulations by scientific materialists.

What can we ourselves do to preserve our natural independence?

As an analogy, consider Ormus or monatomic gold. Gold as a metal is normally found with two atoms of gold joined together; a shiny metal with important properties. If that bond can be broken, one is left with a single atom of gold. The act of conversion makes nearly 40{5f621241b214ad2ec6cd4f506191303eb2f57539ef282de243c880c2b328a528} of the mass of the gold disappear! Part of that gold is here, and another part of it is “somewhere else.” Convert it back to metallic gold and voile! All the missing mass is restored. Where did it go? How did it come back?  This hyperdimensional reality beyond standard measurement proves there is another layer beyond our four-space experience.

It is that uncanny “non-place” that protects beings from various kinds of spiritual and material manipulation.

Central to Mayahana Buddhism, for example, is the idea of buddha nature. Buddha nature exists in all humans. It can’t be burned away. It can only be obscured. Buddha nature describes a state of the full human mind open and available to its proper extent, like a lotus flower fully open.  It is a core buddhist cosmological axiom that every single human mind or “soul” is already fully enlightened in its core, and therefore that core is immune to interference, only to obfuscation of its outer layers, like a stage curtain pulled across the front of the set, blocking the view.

Central to middle and middle eastern concepts is the idea of the soul, also apart from the body, linked into it at the moment of conception, and ejecting out of it at the moment of death. The soul is in constant relationship to God whether the individual is aware of it or not, because the soul is the “divine spark” which is what the Christian expression “Made in the image and likeness of God” might actually mean.

A community of atheists has just as much opportunity to protect themselves from these systems as a devout one. 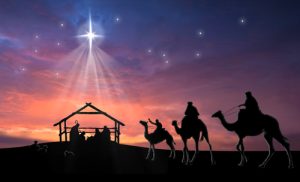 France has banned the display of any Nativity scenes from public property which has many French quite upset that because of the large Muslim population, the very culture of France has been changed. It is interesting that normally people migrate because they want to be part of that culture. That has not been the case in Europe.

Even Muslims I know who grew up in Europe before these refugees are upset. They had no problem with Western law. This was never part of their goals either. You cannot enter a foreign country and demand they change everything to comply with what you were use to back home.

END_OF_DOCUMENT_TOKEN_TO_BE_REPLACED

“We Russians are a people … who have passed through the difficult stages of denial of God’s existence and … have now turned to God  – and what we see is wonderful.”

This short excerpt is a particularly good example of the almost daily sermons the head of the Russian church, Kirill, gives as he travels around Russia. They are all broadcast on Russian Christian TV channels and on the internet and reach a wide audience.

Kirill is a remarkably good speaker. Here, he puts into a nutshell the stark spiritual divergence of Russia and the West.

We are not sure of the date of this recording, but it is relatively recent.

We know that some developed and powerful countries, using their wealth and power, are trying to uproot faith from their societies.

That does not mean that the people of these countries no longer have faith, rather it is just harder and harder for them to confess it.

We are a people, Holy Rus, Russia, who have passed through the difficult stages of full denial of God’s existence and any presence of God in people’s lives, have now turned to God and what we see is wonderful.

JASON A: Hollywood Doesn’t Want You to See This!

FAMINE OF BIBLICAL PROPORTIONS ACCORDING TO THE “U.N.” AND THE SIMPSONS! END_OF_DOCUMENT_TOKEN_TO_BE_REPLACED

WE MUST DEFEAT THE CHILDREN OF DARKNESS

In his open letter to the President Archbishop Carlo Maria Vigano warned President Donald J Trump that the forces aligned against him and the American people are the same forces aligned humanity at large: They are the children of darkness. And Vigano warned the President that if the children of LIGHT are not victorious in this epic battle, humanity will be plunged into a new dark age of total tyranny. Harley Schlanger returns to SGT Report to discuss the realty of what we face as the mainstream media tells us Joe Biden is President.

Pope Francis Shuts Down the Latin Mass, Claiming That Returning to Tradition ‘Injures the Church’

Pope Francis announced that he will be restricting the traditional Latin mass in his latest attack against on the Catholic faith.

Francis made the pronouncement in his latest motu proprio that it will be the “exclusive competence” of a diocesan bishop “to authorize the use of the 1962 Roman Missal in his diocese, according to the guidelines of the Apostolic See.” This will allow Francis’ goons to shut down the traditional Latin mass, which is gaining momentum at a time when the Catholic Church is dying amidst child rape scandals.