MEGAN FOX DOES WHAT!? 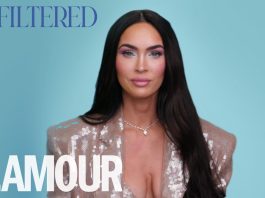 What is the appeal of demonic rituals in Hollywood

Pope says evil GMOs are approved by the Catholic Church

END_OF_DOCUMENT_TOKEN_TO_BE_REPLACED

Child Trafficking is Real – We Need Your Help

Human sex trafficking is real. Contrary to what has been reported, “Pizzagate” is real, but it has unfortunately and deliberately mischaracterized by the media to deflect from the larger issue of “Pedogate.” High-powered individuals are involved in this activity, from the rich and powerful to those in elected positions in government. Meanwhile, detractors, mockers and scoffers are busily trying to malign this reality using various deflective tactics.

As regular listeners to the Hagmann Report know, we have organized a team of investigative specialists under the Northeast Intelligence Network that are utilized in a variety of venues to expose corruption and criminality that is left uncovered by the corporate media. These investigators are some of the top specialists in their respective fields, operating anonymously as they work behind enemy lines. They selflessly volunteer their time, whether such is spent infiltrating Communist/Revolutionary groups inside the U.S., or in this case, pursuing pedophiles to expose their evil deeds.

END_OF_DOCUMENT_TOKEN_TO_BE_REPLACED

THEY ARE MAINSTREAMING ABOMINATIONS

If you think that’s overstating it, you need to watch this video.

And then recall that Tom Delay warned us two years ago that rogue forces within the US Department of Justice have a secret plan to mainstream and legalize 12 perversions including pedophilia and bestiality:

END_OF_DOCUMENT_TOKEN_TO_BE_REPLACED

Willing Blindness and the Gradual Seduction to Evil

“I was satisfied that I wasn’t personally to blame and that I hadn’t known about those things. I wasn’t aware of the extent of the crimes.

But one day I went past the memorial plaque which had been put up for Sophie Scholl in Franz Josef Strasse, and I saw that she was born the same year as me, and she was executed the same year I started working for Hitler.

And at that moment I actually sensed that it was no excuse to be young, and that it would have been possible to find things out.”

What is surprising is not that we are called to do so much, but rather, so little.

Love and be grateful to God, treat people as you would like to be treated with respect, kindness, mercy and forgiveness.  Do not lie or steal or cheat,  do not be proud and look down on your fellow creatures, and act with honor and respect for the gifts of His creation.