As Perfect Storm, Manufactured By The Globalists, Hits America’s Supply Chain, One Store Manager Warns: ‘Get It While You Can, Cause It’s Not Going... 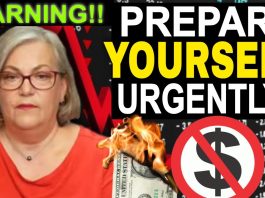 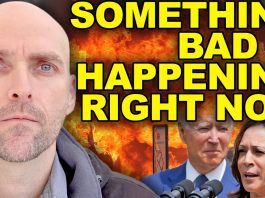 SOMETHING BAD IS HAPPENING AND IT’S ABOUT TO GET WORSE. YOUR FUTURE IS BEING RIPPED AWAY

The Natural Pantry: A Long-Term Storage Guide For Honey

by Tess Pennington, The Sleuth Journal:

Raw, unfiltered, unpasteurized honey has been a pantry staple for centuries. In the far stretches of human history, honey was stored for food, making wine and used for medicinal purposes. Theystored raw, unfiltered honey in porous, sealed jars and stacked them in cold caves. In fact, recently, scientists examined five-millennia-plus-old jars of honey unearthed in Georgia and declared that the artifacts contain the world’s oldest honey. This only proves that honey can stand the test of time – but there is no guarantee it will. If improperly stored, honey can crystallize or ferment. This article will explain the what, when and why’s of how to perfectly store your honey for long-term use, as well as explain what mistakes to avoid.

END_OF_DOCUMENT_TOKEN_TO_BE_REPLACED

Is your city SURVIVABLE in a catastrophic emergency?

A Backpacker’s Perspective on Bugging Out, by Z.M.

I like to backpack and want to share my perspective on bugging out. I’ve done hundreds of miles out on the Appalachian Trail and have spent a good number of nights out on the trail in the woods as a result. Having the wrong gear while trekking out for any length of time makes life pretty miserable.

Bugging In or Bugging Out, With a Comprehensive List
With prepping there is a lot of debate on whether one should bug-in or bug-out post-disaster. The answer to that obviously depends upon not only the situation but how well prepared you are with tangible assets and outdoors skills as well.

I’ve seen a host of writers, who talk about bugging out, give their “comprehensive lists” with what you’ll need. But, to me, it is readily apparent that very few of these writers have ever spent a night out in the woods.

END_OF_DOCUMENT_TOKEN_TO_BE_REPLACED

Before you Bug Out After SHTF… 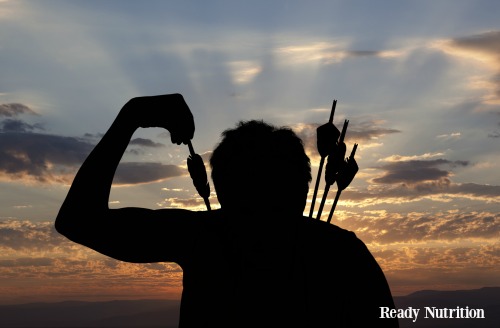 One of the biggest drawbacks we suffer from as a species is our lack of focus on our immediate environment utilizing all of our senses. I just recently penned a piece on the importance of “reconnecting” with the olfactory sense. When we were hunter-gatherers and even after human settlements such as towns and villages were established thousands of years ago…our ancestors used all of their senses. All of them.

We can still do it now. It only takes practice. This doesn’t mean that you have to dive down into the prone and sniff a trail out. Although you can! Yes, you can! Your nose has that capability if you train it, as I pointed out in the other article. But take a look at the title for a second. Do you know that precept of maintaining things in balance? You need to train all of your senses, and allow each of them to complement and supplement one another. Let’s discuss it!

END_OF_DOCUMENT_TOKEN_TO_BE_REPLACED

Today, we are taking a look at the CRKT/Ruger Hollow-point Folder. It is a Ken Onion knife, and I’ll have more on that a little later.

Knives Are Tools
I love knives, all knives, big and small. They all have a use. I especially love well-made knives, because I don’t have a lot of use for junk knives. That is why our readers just won’t see me wasting my time reviewing junk knives. A knife is a tool, first and foremost. Many people forget that. Many claim that the knife is the first tool ever invented. I’m sure those first knives did not resemble what we consider a knife by today’s standards. But still, it did the job it was designed for— cutting!

END_OF_DOCUMENT_TOKEN_TO_BE_REPLACED 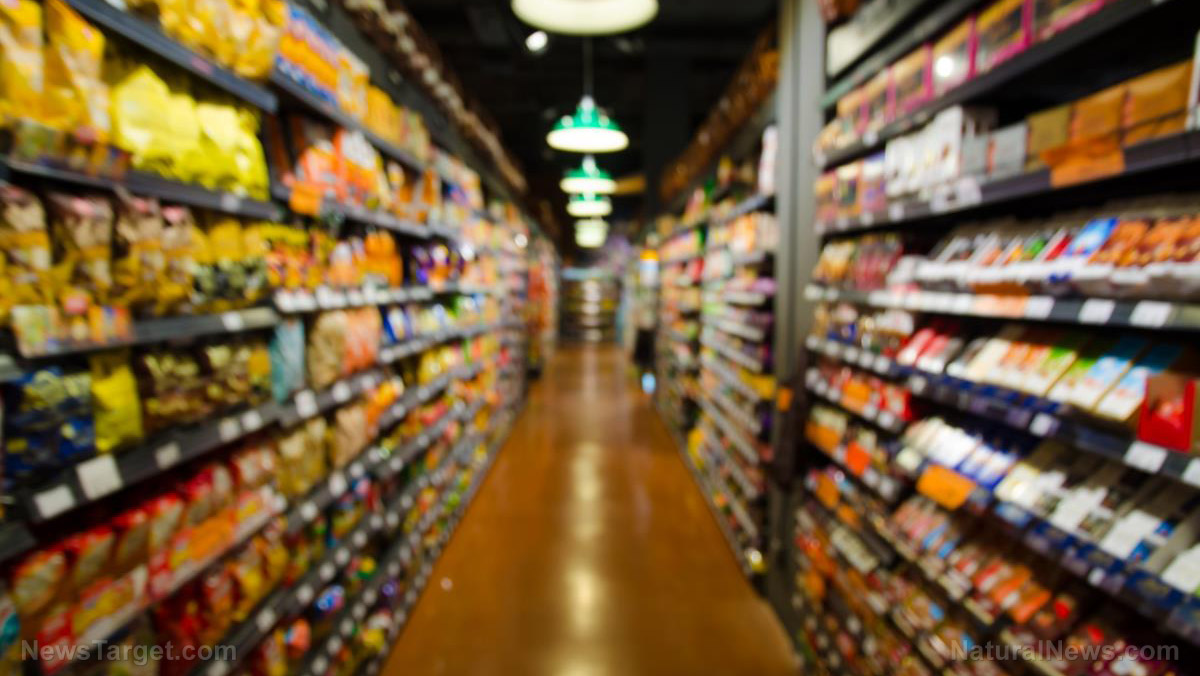 Second only to firearms and plenty of ammunition in a SHTF prepper scenario is daily nutrition: The ability to feed and sustain yourself for a long period of time, since you probably won’t have any idea how long the emergency will last and how soon “help” will arrive (if ever).

So while you’ve no doubt seen the “lists” of items some people believe you ought to hoard long before such a crisis hits, let’s face it: Many of them are simply unrealistic. That’s because you’d need thousands of dollars and a half-dozen basements to hold all of that stuff.

The fact is, there are a number of food and sustenance items out there that you can not only collect and store long-term, but do so cheaply and with a limited amount of space.

END_OF_DOCUMENT_TOKEN_TO_BE_REPLACED

7 Critical Components of a Prepared Home 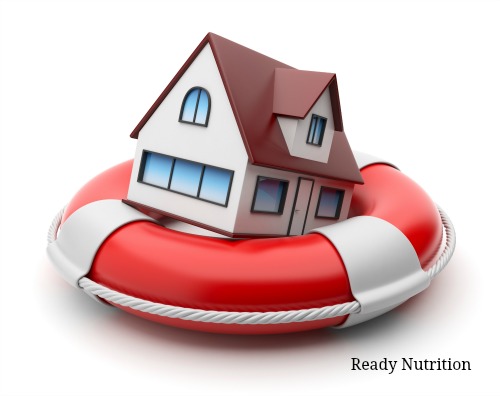 ReadyNutrition Guys and Gals, it doesn’t take a stretch of the imagination to see that we’re living in perilous times and on the brink of a slew of problems. There are several flashpoints occurring domestically and throughout the world that can translate into destabilization at any time. Knowing these things, your preparations and training need to continue. You can continue this preparation by conducting a home assessment regarding medicines and supplies you will need.

What do I mean by this? I mean for you to specifically identify all the needs of each of your family members and begin acquiring them. Family members have varying needs depending on age and physical condition. Now is the time to ensure you have all the meds you need and the vitamins you will need when the SHTF. Allow me to sound the personal “trumpet” that I have been sounding throughout the years and in many articles:

END_OF_DOCUMENT_TOKEN_TO_BE_REPLACED 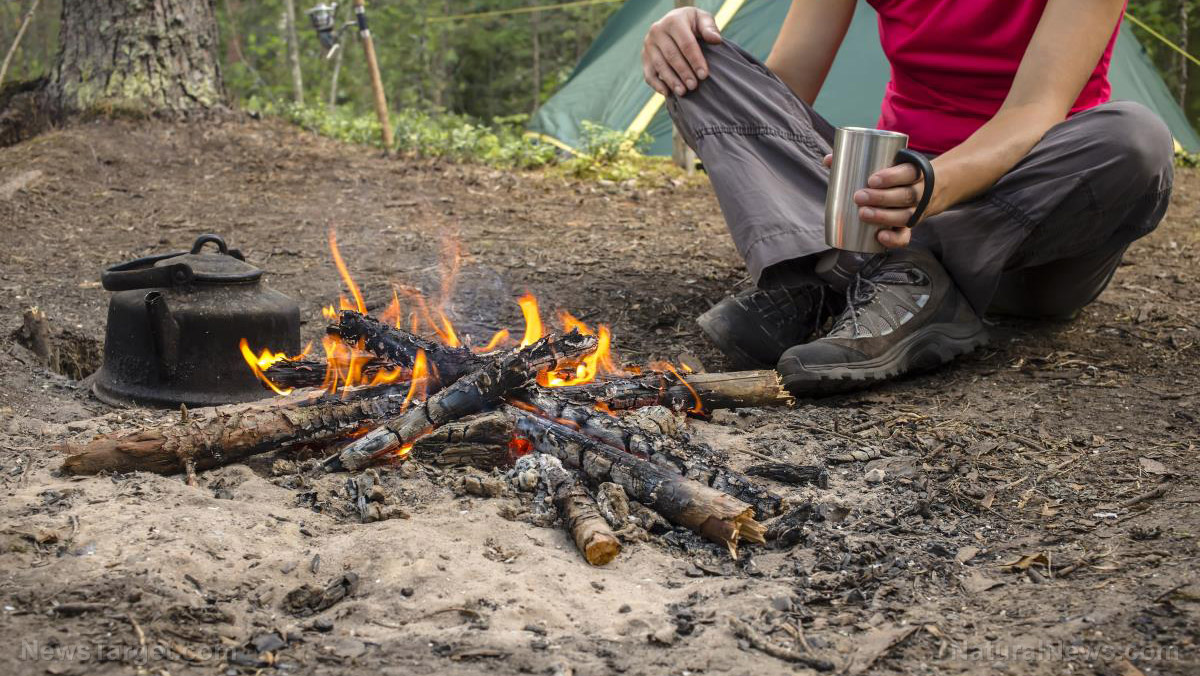 If you feel like prepping is a waste of money or if you think you don’t have the money to plan for future events, think again. Even if you’re broke, thrifty prepping techniques can help you make connections, earn more money, and have just the right item on hand in an emergency. Here’s 10 tips for prepping when you’re broke:

Get on a budget and designate a set amount for addressing future concerns. Start small, setting aside $10 a week and go from there. Pick up cheap but valuable preparedness items that you could use or trade. Here’s a list of ten affordable and crucial items that won’t break your budget. Make a list and prioritize what is most important to you.

END_OF_DOCUMENT_TOKEN_TO_BE_REPLACED

Canning Jars 101 – Everything You Need To Know And More!

by Gaye Levy, The Sleuth Journal:

When I recently did some organizing of my supplies, I was a bit surprised at the sheer number of canning jars I had placed into boxes. By the time I got to the 20th box, I admitted to myself that I am clearly a canning jar hoarder. That said, I don’t think I am in need of an intervention. Yet. On the contrary, I think everyone should own more versatile and beautiful canning jars.

Canning jars, also commonly referred to as Mason Jars, have a long and colorful history.

The History of Canning and Canning Jars
Canning as a method of preservation was first created during the time that Napoleon was in charge of the French Army. The army wanted a way to preserve food so that soldiers could be better nourished. The military offered a prize of 12,000 francs to the person who could come up with a solution to this issue.

END_OF_DOCUMENT_TOKEN_TO_BE_REPLACED

Why and How to Get a Second Passport

If you don’t have options, you are helpless.

If you had only McDonalds to provide you food, you would not be able to make the choice to be healthy. If Monsanto monopolized the agricultural industry (which they are arguably attempting) then you could not help but consume dangerous carcinogenic pesticides.

And if the U.S. government controls your ability to travel around the globe, you have no choice in mobility. If the government cancels your passport, then you are done. You have no options for traveling outside of the United States.