The Mask as a Symbol of Subjugation

Bill Gates: From Entrepreneur to Supervillain 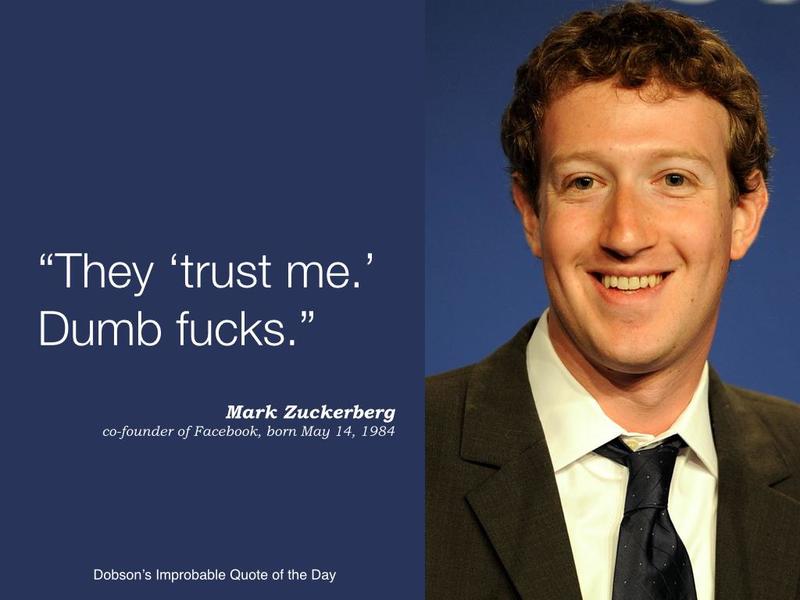 The storm clouds gathering above Facebook are getting darker by the hour.

Less than one day after Facebook suffered an unprecedented outage that lasted for hours and impacted all of the company’s media properties (which was blamed on a “server configuration outage“), and just hours after the NYT reported that Facebook is under criminal investigation over its data deals, and that a New York grand jury has subpoenaed records from at least two smartphones manufacturers which gained access to personal data of hundreds of millions of users, moments ago Facebook announced that two top execs  had unexpectedly quit the company.

END_OF_DOCUMENT_TOKEN_TO_BE_REPLACED 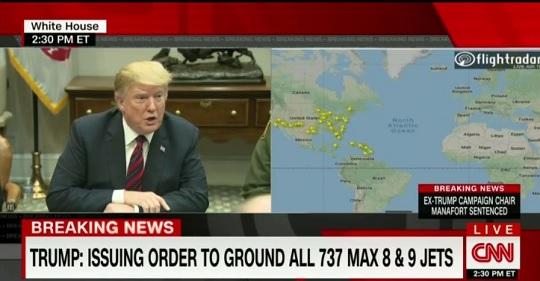 A crony Federal regulator, or one perceived to be captured by the industry it polices, will eventually doom consumer confidence in the products and services of the industry to which it provides oversight.

President Obama appointed Mary Jo White to serve as his Securities and Exchange Commission Chair for the final term of his presidency. White and her husband both worked for large law firms that together had represented every major Wall Street bank – the same ones that had created the largest financial collapse since the Great Depression in 2008. White’s supervision of Wall Street was so derelict that Senator Elizabeth Warren sent her a scathing 13-page critique of her performance.

END_OF_DOCUMENT_TOKEN_TO_BE_REPLACED

US imperialists are so desperate in their regime-change predations over Venezuela, they seem to have a problem controlling their drooling mouths.

Republican Senator Marco Rubio – who has become a point man for the Trump administration in its regime-change campaign in Venezuela – was a little too celebratory. Within minutes of the nationwide power outage last Thursday, Rubio was having verbal orgasms about the “long-term economic damage”… “in the blink of an eye”. But it was his disclosure concerning the precise damage in the power grid that has led the Venezuelan government to accuse the US of carrying out a sabotage.

END_OF_DOCUMENT_TOKEN_TO_BE_REPLACED

The final Mueller report should be graded “incomplete,” says VIPS, whose forensic work proves the speciousness of the story that DNC emails published by WikiLeaks came from Russian hacking.

MEMORANDUM FOR:    The Attorney General

END_OF_DOCUMENT_TOKEN_TO_BE_REPLACED

Judicial Watch, a leading conservative non-profit watchdog group, announced the schedule of depositions in their case in a press release Thursday.  The Judicial Watch questions regard two separate cases regarding the Obama administration’s actions during the Benghazi terrorist attack on the U.S. Consulate and CIA Annex in Libya, and Hillary Clinton’s use of a private server to send classified government emails.

END_OF_DOCUMENT_TOKEN_TO_BE_REPLACED 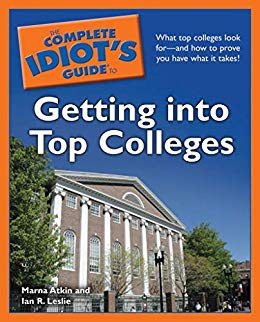 As the American people start to digest several recent education fraud scandals across the country that involved elementary and preparatory students being given grades and diplomas they didn’t actually achieve, a new bombshell scandal announced in March 12 is about to encompass the University system as well. And rather than this one being school districts in Atlanta or Baltimore pushing through minority students who weren’t eligible to graduate, this one involves wealthy elites buying their way into prestigious colleges when their scores didn’t merit their acceptance.

END_OF_DOCUMENT_TOKEN_TO_BE_REPLACED

THE OPACITY OF AI AND THOSE BOEING PLANE CRASHES

Many people have been trying to warn of the dangers of artificial intelligence, my own small voice among them. And now, there is a strange article from Zero Hedge that draws attention to the dangers in connection with those Boeing 737 Max 8 airplanes, two of which have crashed – with fatalities – in recent months, prompting several airlines either to ground their fleets, or to cancel orders. Mr. E.G. and Ms. K.M. spotted this article, and as one might expect, it prompts some high octane speculation, or rather, perhaps a revisit to some of my earlier warnings about the increasing reliance on AI: