WATCH: Cop Admits He’s “Trigger Happy” and He Gets Paid Overtime if He Shoots Someone

Becker Polverini: You Should Be Worried About Big Data – They Are Watching You

by Will Henney, Reclaim The Net: 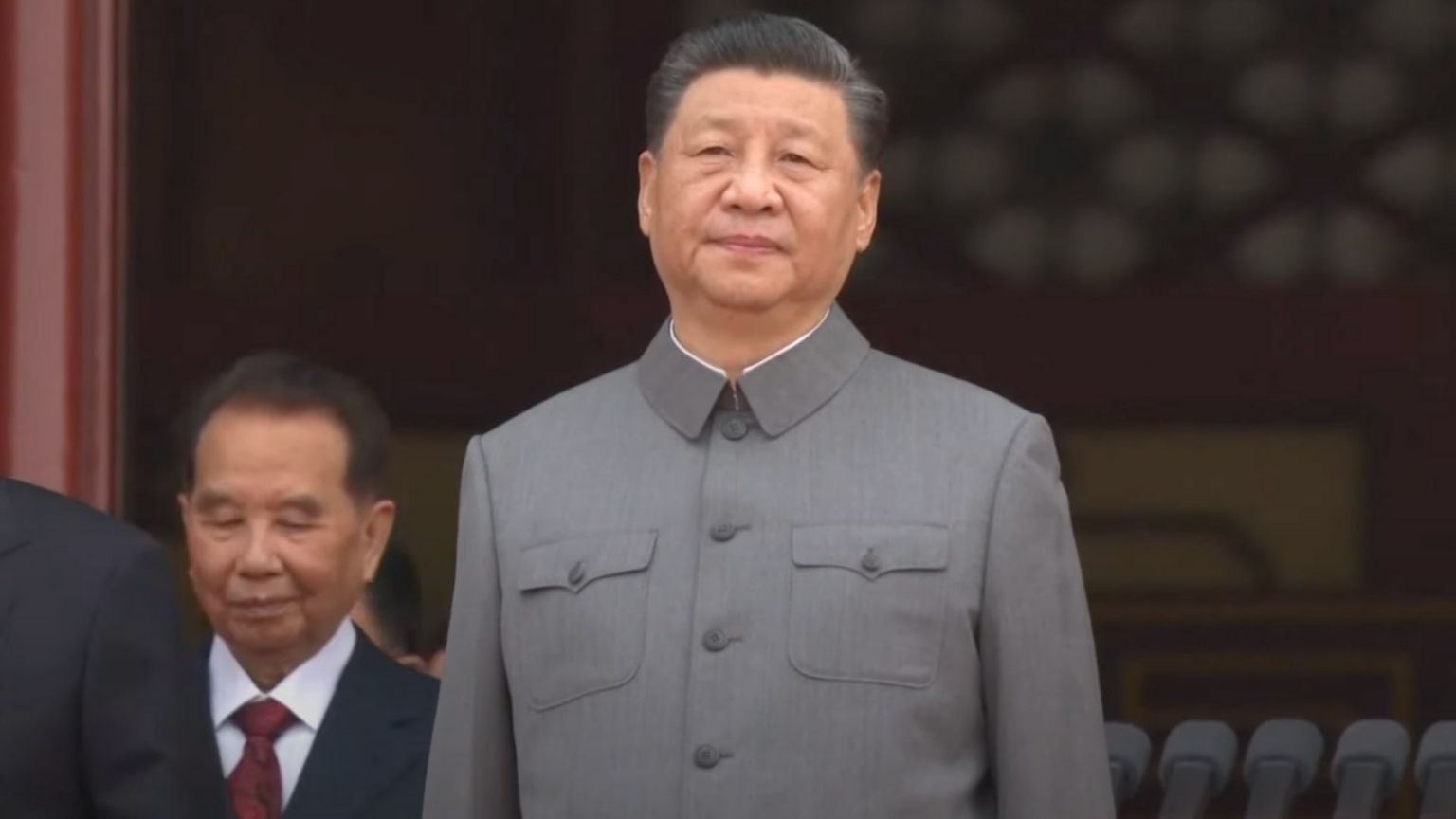 A new wave of censorship.

Beijing has tightened restrictions on internet content yet again with a campaign to condemn citizen journalists who counter the mainstream narratives and “misinterpret economic policies and forecast doom and gloom in financial markets.”

END_OF_DOCUMENT_TOKEN_TO_BE_REPLACED

Myrtle Beach, SC — In South Carolina, according to their extreme laws, a man can violently rape his significant other and it is only considered illegal if the act involves a weapon or “highly aggravated” violence. If the victim waits more than 30 days, even if it involved a weapon or highly aggravated violence then she has no recourse. Continuing down the same misogynist road, in a move that echoes many laws in the terrorist nation of Saudi Arabia, South Carolina will also kidnap and cage women for wearing skimpy bikinis on the beach.

END_OF_DOCUMENT_TOKEN_TO_BE_REPLACED

Petoskey, MI — A Michigan farm owner’s desire to help animals in need has landed her in jail and the animals she was helping, killed. Kei Ju Farm and Rescue owner Julie Hall did not pay the government for the proper permit before helping animals so officials arrested her and then killed her animals.

Because there is no animal rescue in Petoskey, for years, Hall has been rescuing both wild and domestic animals and nursing them back to health. She has years of experience in the field and has a farm where she carries out the rehabilitation. She was well-known in the community for providing this service.

END_OF_DOCUMENT_TOKEN_TO_BE_REPLACED

New “Emergency Measures” Will Come From The QUARANTINE ACT!! This Is NOT Looking Good For Canada!!!

There is increasing evidence on social media that the National Guard has been deployed to the nation’s food banks to ensure food supply chain networks are not severed, and shortages do not materialize.

This comes at a challenging period for the country, one where 26.5 million people have filed for unemployment benefits in five weeks as the economy crashes into depression.

We have documented the unprecedented volume of Americans flooding food banks across the country in the last four weeks as a hunger crisis develops.

END_OF_DOCUMENT_TOKEN_TO_BE_REPLACED 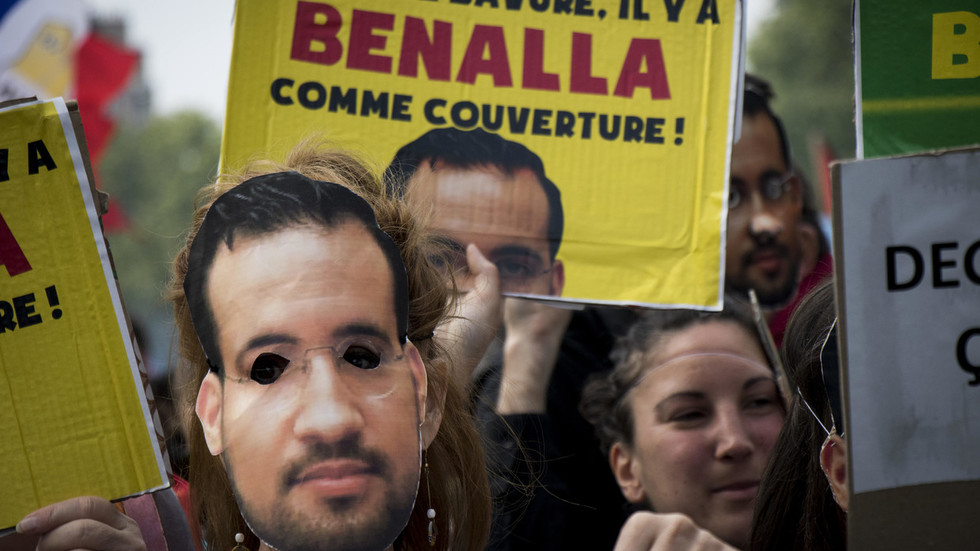 A Le Monde journalist, the latest who was questioned by French security services, has refused to reveal her sources over stories she wrote exposing alleged corruption and cronyism in President Emmanuel Macron’s inner circle.

“They asked me many questions on the manner in which I checked my information, which was an indirect way of asking me about my sources,” Ariane Chemin told AFP, adding that she declined to answer the implied question: “I explained that I only did my job as a journalist.”

END_OF_DOCUMENT_TOKEN_TO_BE_REPLACED 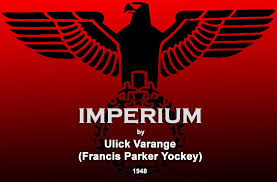 When the 1948 masterpiece Imperium by Francis Parker Yockey becomes the focus of censorship by YouTube, you know that burying the memory hole has been accelerated to protect the safe space for anyone who cannot handle the truth. The fear that people might wake-up and start educating oneself motivates the shadow banning of any historic account that conflicts with the purity of an official narrative. That is why, Imperium the foe of the NWO, must be silenced. Yockey reflected an account of yesteryear that would get one expelled from those echo chambers of accepted culture.

END_OF_DOCUMENT_TOKEN_TO_BE_REPLACED

Stunner! Male cops can now strip-search females, on one condition 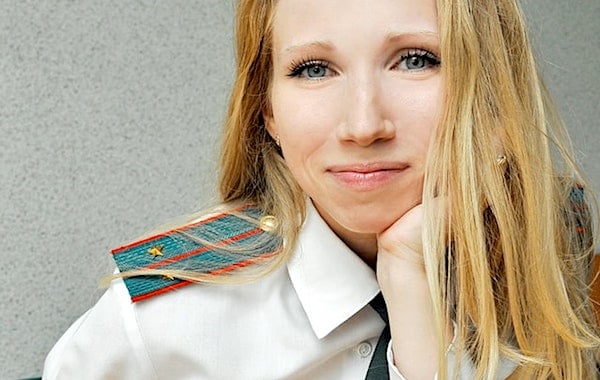 END_OF_DOCUMENT_TOKEN_TO_BE_REPLACED

In a highly illegal practice, breaking several national and state laws against jailing people over private debts, thousands of people are being kidnapped and caged after being turned over to collection agencies.

(RT) An estimated 77 million Americans have a debt that has been transferred to a private collection agency. Thousands have ended up in jail over debts as small as $28, with African-Americans and Hispanics the most affected.

The findings come from a new report by the American Civil Liberties Union (ACLU) spanning 26 states and Puerto Rico, published on Wednesday. The practice violates many US state and federal laws, which prohibit the jailing of debtors.

In one case cited in the report, a disabled woman who wears a prosthetic leg was shackled by her waist and feet by two armed US marshals before being put in jail overnight.

“They had a warrant for my arrest and I asked them for what, he didn’t say what it was for. He said, ‘He’ll tell you later,’” said Tracie Mozie of Dickinson, Texas.

Law enforcement officials had entered Mozie’s bedroom to arrest her over a $1,500 federal student loan she took out in 1986 to pay for truck-driving school. The loan had mushroomed to $13,000 with interest and fees. Monzie was unable to pay because she is unemployed and lives on disability benefits.

The ACLU examined more than 1,000 cases in which civil court judges issued arrest warrants for debtors. In some instances the amounts were as small as $28. Letters were sent over bounced checks as low as $2, the ACLU found.

Following their arrest, debtors may remain in jail for several days until they can pay the bail. In some cases, the ACLU found some people were locked up for as long as two weeks.

This practice violates the many state and federal laws as well as international human rights standards that prohibit the jailing of debtors.

The report finds that the long-term consequences of arrests for both courts and people can be profound and scarring. Arrest warrants can be entered into background check databases which mean they can jeopardize future employment, housing applications, education, and access to security clearances.

Recently, Arkansas, alleged CV-19 victims, were transported what I would call a FEMA medical martial law facility. This is not an isolated incident. Arizona has granted governor, Doug Ducey, the authority to create, operate and maintain concentration camps.  The camps are allegedly for a deadly pathogen from which quarantine is determined to needed. Yet, it is the governor that makes that determination, not a health board nor the State Legislature. This is the create of a medical martial law dictatorship. It follows the HHS guidelines for ESF#8-14. Celeste Solum and myself have done an interview on this precise issue.