END_OF_DOCUMENT_TOKEN_TO_BE_REPLACED

As the global markets feel the tremors this week from the coronavirus and the announcement of a major drop in oil prices, some U.S. producers are now having to tighten their belts. Will they survive the oil global glut?

With all the hype around American “energy independence” in recent years, few in mainstream energy circles have dared call-out the underlying exposure and structural weakness of the unconventional oil and gas industry – which must guarantee a certain price per unit or barrel in order for producers to turn a profit. At these present levels, the industry is heading for a collapse. Economist Richard Wolf explains:

END_OF_DOCUMENT_TOKEN_TO_BE_REPLACED 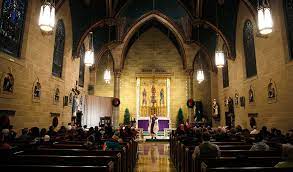 Churches and Christian leaders are increasingly standing up against the Deep State and its anti-biblical behavior, potentially marking a sea change in the United States, explains host Alex Newman in this episode of Behind The Deep State. The Southern Baptist Convention, the nation’s largest Protestant denomination, recently approved a resolution calling for state and local governments to nullify the unbiblical and unconstitutional Supreme Court’s Roe v Wade decision by abolishing abortion and treating it as murder. Pastor John MacArthur recently explained that governments doing Satan’s bidding–protecting evil and punishing good–forfeit their authority and legitimacy. Christians recently released the Warrenton Declaration calling for more resistance to the evil COVID decrees. And Catholic priests are increasingly standing up and resisting lockdowns and efforts to shut churches. This may be just the beginning, says Newman, as the churches and religious leaders take their rightful spot on the front lines of the battle against Deep State evil.

END_OF_DOCUMENT_TOKEN_TO_BE_REPLACED

While the World Focuses on Ukraine, Globalists Like the World Economic Forum’s Klaus Schwab Charge Ahead The global media is reporting on Russian President Vladimir Putin’s actions in Ukraine. Putin and Russia signed agreements with two Ukrainian break-away republics who demanded their independence from Ukraine.  Meanwhile, the real threat from globalists is being virtually ignored.

The recent actions by Putin came after Biden and Kamala Harris warned for weeks about a Russia-planned invasion of Ukraine.

END_OF_DOCUMENT_TOKEN_TO_BE_REPLACED

The Arizona Audit officially completed both the hand count and paper evaluation inspections on Friday.
The audit workers will now vacate Veterans Memorial Coliseum and prepare to deliver a report to the Arizona Senate.
The Gateway Pundit reported earlier that this was taking place but it was made official by a tweet from @ArizonaAudit.

Audit Update: Paper examination and counting are finished today. Thank you to all the amazing Arizona volunteers who made this audit possible!

END_OF_DOCUMENT_TOKEN_TO_BE_REPLACED

by CJ Hopkins, Off Guardian:

The ultimate goal of every totalitarian system is to establish complete control over society and every individual within it in order to achieve ideological uniformity and eliminate any and all deviation from it.

This goal can never be achieved, of course, but it is the raison d’être of all totalitarian systems, regardless of what forms they take and ideologies they espouse.

You can dress totalitarianism up in Hugo Boss-designed Nazi uniforms, Mao suits, or medical-looking face masks, its core desire remains the same: to remake the world in its paranoid image … to replace reality with its own “reality.”

END_OF_DOCUMENT_TOKEN_TO_BE_REPLACED 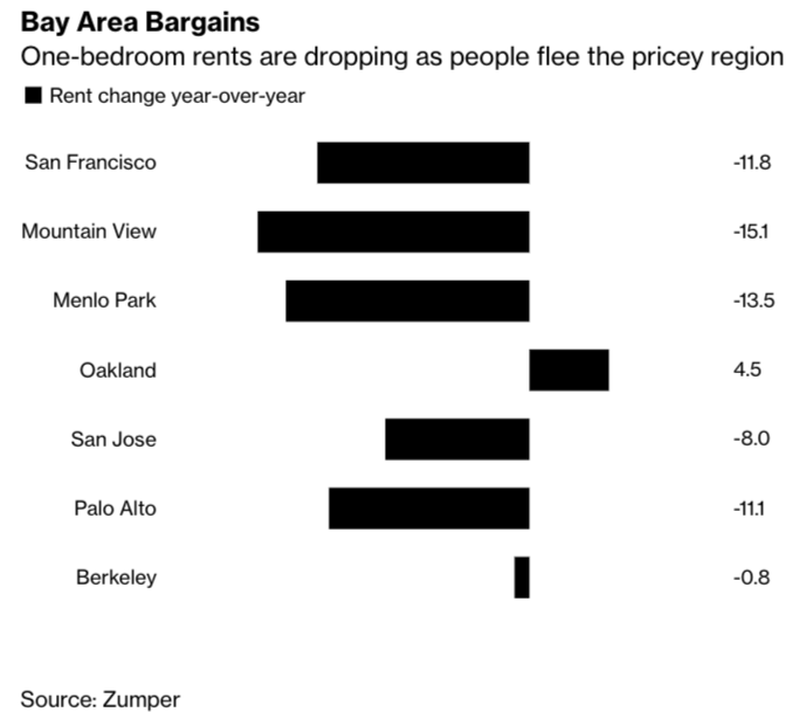 Readers may recall, as early as March, city dwellers in California fled to suburbs and remote areas to isolate from the virus pandemic. The proliferation of remote work arrangements has led this shift to become more permanent.

At first, the exodus out of the city was due to virus-related lockdowns, then social unrest, and now it appears a steady flow of folks are leaving the San Francisco Bay Area for rural communities as their flexible work environment (i.e., remote access) allows them to work from anywhere, more specifically, outside city centers where the cost of living is a whole lot cheaper.

END_OF_DOCUMENT_TOKEN_TO_BE_REPLACED

Jamie Dimon, Chairman and CEO of JPMorgan Chase, can no longer hide his political leanings. We’ve got his Federal election records and they’re not pretty. Tens of thousands of Dimon’s employees are now going to have to come to grips with the fact that Dimon and their bank’s Political Action Committee (PAC) are supporting Mitch McConnell’s reelection, a man many would rather see pummeled in the public square than return to the U.S. Senate.

END_OF_DOCUMENT_TOKEN_TO_BE_REPLACED

Tulsi: A Living Reminder of Iraq’s Liars and Apologists Gabbard calls out the betrayers; Dems try to forget their heroes Mueller and Biden are among them.

Estimates of the number of civilians who died during the war in Iraq range from 151,000 to 655,000. An additional 4,491 American military personnel perished in the war. Mozhgan Savabieasfahani, toxicologist at the University of Michigan, has organized several research expeditions to Iraq to measure the contamination and pollution still poisoning the air and water supply from the tons of munitions dropped during the war. It does not require any expertise to assume what the studies confirm: disease is still widespread and birth defects are gruesomely common. Back home, it is difficult to measure just how many struggle with critical injuries and post-traumatic stress disorder.

END_OF_DOCUMENT_TOKEN_TO_BE_REPLACED

Democrats BEND THE KNEE to push police-reform bill, but George Floyd’s death may not be enough to convince Republicans 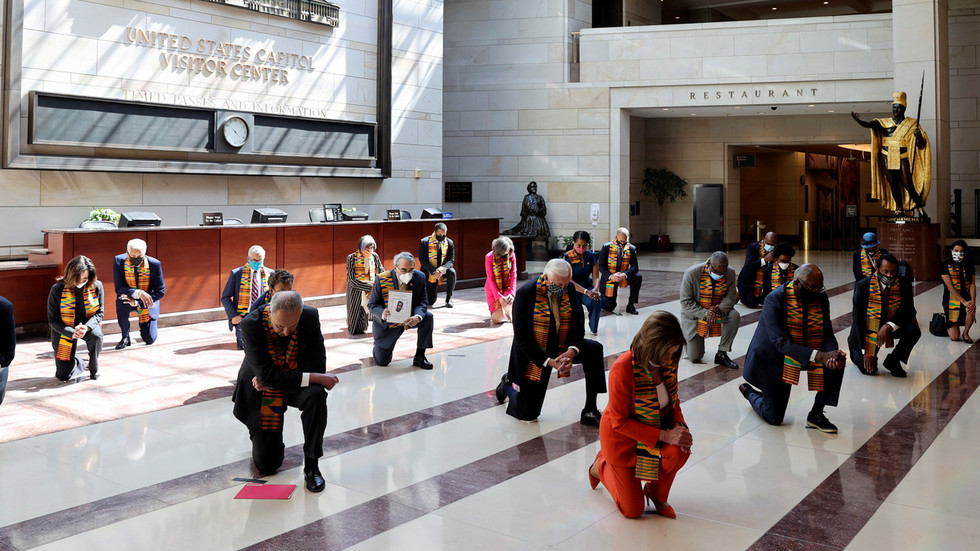 Nancy Pelosi and a host of Democratic lawmakers took a knee and donned African-American garb to unveil a new police accountability bill. Despite the showmanship, the bill’s ambition could be its undoing.

House Speaker Nancy Pelosi (D-California) and Senate Minority Leader Chuck Schumer (D-New York), along with a collection of Congressional Democrats, symbolically dropped to one knee in the US Capitol’s Emancipation Hall on Monday, before unveiling a bill aimed at neutering police powers in the wake of George Floyd’s killing in Minneapolis two weeks earlier.

END_OF_DOCUMENT_TOKEN_TO_BE_REPLACED 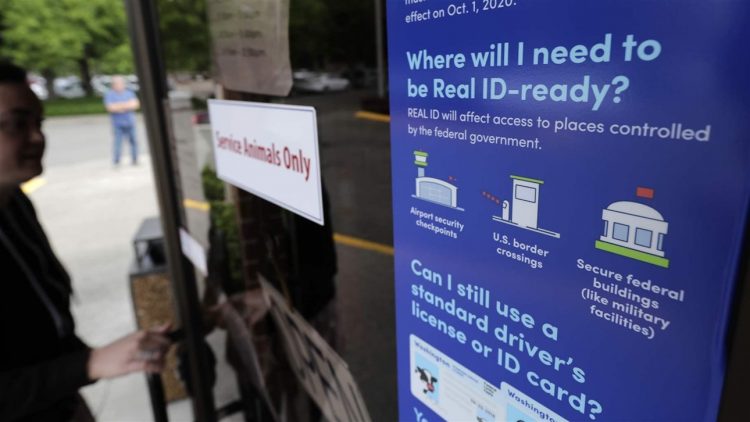 So you were worried about a national ID card, but forgot that basically you have that in a Social Security card, albeit a little outdated?  Well, not to fear, Big Brother is here and beginning next year, the feds are going to be requiring you to have your papers ready to board a plane or enter a Federal government facility.

The American Institute for Economic Research has the story.  Peter C. Earle writes:

The deadline of yet another, and perhaps the most insidious, element of the post-9/11 initiatives (a partial list of which includes the establishment of the Transportation Security Agency, the Department of Homeland Security, and a never-ending international war against a nebulously-defined, noncorporeal enemy, “terror”) is less than one year from coming to fruition. Beginning no later than October 1, 2020, citizens of all US states and territories will be required to have a Real ID compliant card or US passport to board a commercial plane or enter a Federal government facility. Pundits citing the inevitability of what amounts to a national ID card have, regrettably, been vindicated.