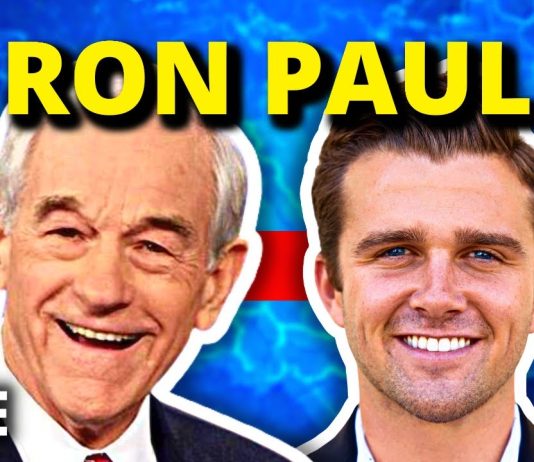 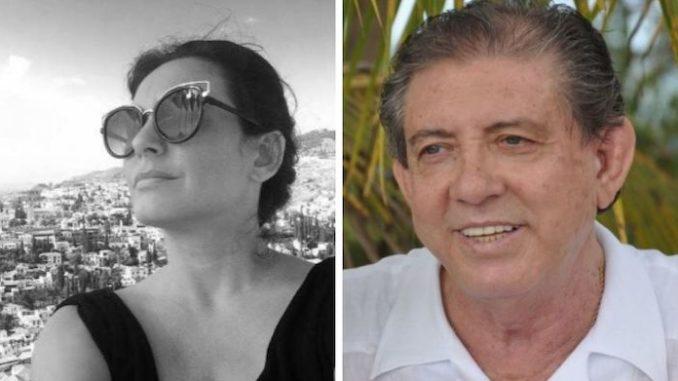 Wherever the Clintons go and whoever they are close to often meet mysterious ends, often very strange suicides.  The latest person to face this tragic end is Sabrina Bittencourt, an activist who exposed Bill Clinton’s “faith healer,” Joao Teixeira de Faria (John of God), as a child rapist and running a “sex slave farm.”  Bittencourt was found dead over the weekend, just days after making the claims.

Largely, the media is silent over Bittencourt’s alleged suicide in her own home.

The Daily Mail, however, reported:

END_OF_DOCUMENT_TOKEN_TO_BE_REPLACED

Journo: I Reported Someone For Tweeting ‘Learn to Code’ At Me & Twitter Suspended Them ‘Within 20 Minutes’

NBC News reporter Ben Popken announced Friday on Twitter that he reported someone for “abusive behavior” because they tweeted “learn to code” at him and Twitter responded by suspending the account “within 20 minutes.”

“‘Learn to code’ was tweeted at me by a sketchy account,” Popken tweeted. “I reported it as abusive behavior as part of targeted harassment. Twitter suspended the account within 20 minutes.”

“Journalists if they tweet ‘learn to code’ at you don’t stay silent, take a moment to report it,” he said.

END_OF_DOCUMENT_TOKEN_TO_BE_REPLACED

As I was reading a March 12th article in The New Yorker entitled “The Gun-Control Debate After Parkland,” a subscription pop-up appeared rather serendipitously, leading with the line “Fighting Fake News With Real Stories.” I had to pause to contain my amusement. The very reason I had searched for this article was to get a clearer picture of how the mainstream media (a.k.a. the ‘Real’ Fake News) was characterizing the gun-control debate in the wake of the ongoing publicity being given to the recent school shootings in America.

END_OF_DOCUMENT_TOKEN_TO_BE_REPLACED

The Fed’s Failure is a Fait Accompli, Exactly as This Blog Said it Would be!

Here is a single chart that proves how completely the Fed’s end-game for its recovery failed, which means the fake recovery, itself, is failing. It’s not hard to figure out what happened here.

Talk about a euphoric rise at the end of the Trump Rally heading into 2018, followed immediately by a massive blow-off top. When you compare the size of the blow-off to the total size of the S&P 500, it looks almost like Mount Saint Helens blew its top off.

2018 became a year filled with market explosions that happened in spite of a massive increase in stock buybacks — the greatest number of buybacks in the history of the world (not even slightly an exaggeration). Those buybacks were funded by some of the largest tax breaks in history and by hundreds of billions of dollars in foreign profits that suddenly became spendable in the US. That means the Fed’s end game failed even when it had the most spectacular tail winds you could ever hope for helping it out! The Fed could not have had a more favorable situation in which to attempt its experiment.

END_OF_DOCUMENT_TOKEN_TO_BE_REPLACED

Next Piece In The Plan, The World Bank Swamp Is About To Be Drained 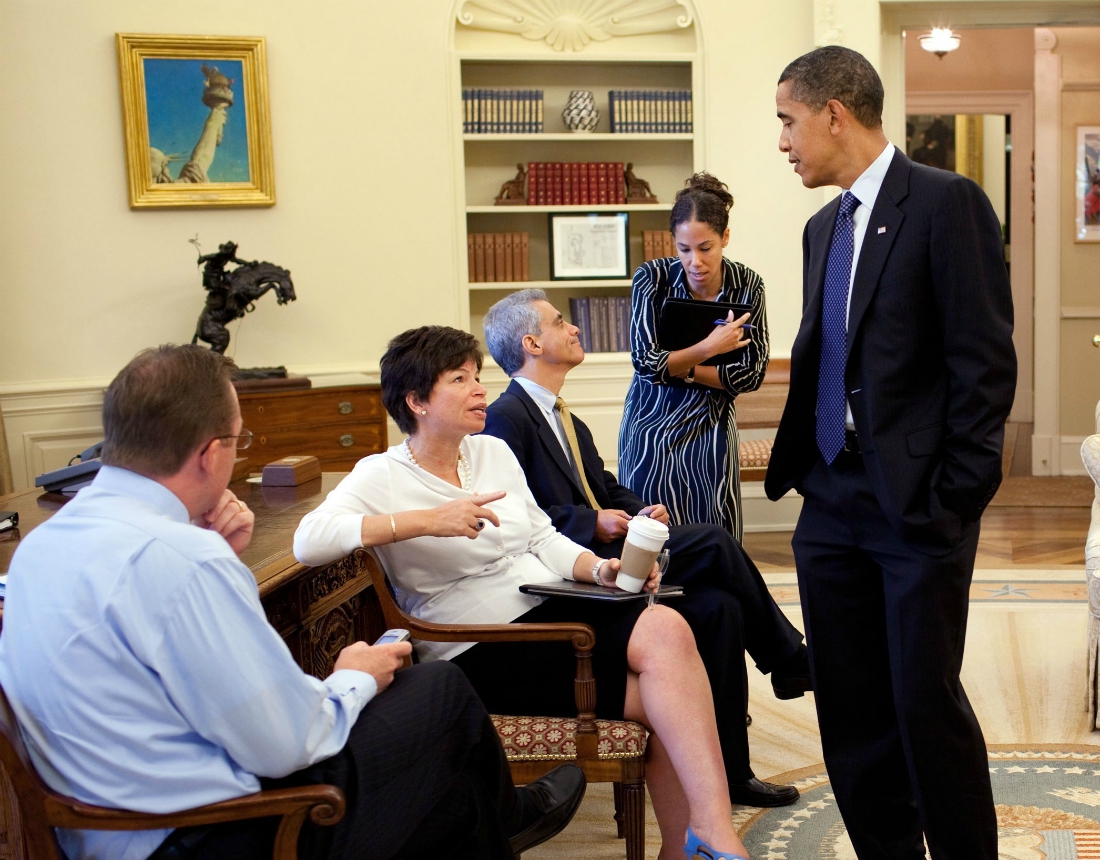 Most Americans who don’t earn their living in the news business don’t know that in recent weeks some 2,100 journalists, most of them from online news sources, have lost their jobs in a sort of industry bloodletting similar to the loss of factory jobs over the decades thanks to Left-wing trade policies.

As reported by The Cut:

END_OF_DOCUMENT_TOKEN_TO_BE_REPLACED

SOMETHING BAD IS COMING TO AMERICA

Heated exchanges between Russian officials and neo-con and neo-lib officials and media in the US, continue to exacerbate tensions between the two nuclear superpowers. Helga Zepp-LaRouche addressed these tensions today, noting that the world needs a new strategic architecture, but that it cannot work unless a common economic and cultural mission is adopted, and geopolitics rejected. If the West joins the New Silk Road paradigm, then, and only then, will the new strategic architecture work.

END_OF_DOCUMENT_TOKEN_TO_BE_REPLACED

There have been a lot of things going on lately. The massive demonstrations in support to our Constitutional president Juan Guaido have unchained a LOT of repression and retaliation by those trying to avoid the dismemberment of the last stronghold of the Maduro and Castro gangs.

This is inevitable though. The suffering has been unbelievable and the cost in human lives, too high for those responsible to achieve some kind of agreement.

END_OF_DOCUMENT_TOKEN_TO_BE_REPLACED

I’m Even Shocked and Stunned At What CNN Just Did!

These McCarthyite Accusations Benefit No One And Harm Everyone

In response to the reprehensible NBC hit piece we discussed the other day in which Hawaii congresswoman and Democratic presidential candidate Tulsi Gabbard was smeared as a darling of the Russian government, journalist Glenn Greenwald published an article documenting the astonishing amount of journalistic malpractice which went into the piece’s formation. In the article, Greenwald wrote the following:

END_OF_DOCUMENT_TOKEN_TO_BE_REPLACED

Catholics in China already are perplexed by a secret deal the Vatican has made with Beijing, and now Pope Francis has told Chinese bishops they should show “loyalty” to the communist regime.

The pope said, according to an article Sunday in the Vatican newspaper L’Osservatore Romano, that seven Chinese bishops newly acknowledged by the Vatican should show “respect and loyalty to civil authorities” while adhering to their faith, reported Breitbart News

The pope urged “all the Bishops to renew their total adherence to Christ and to the Church.”

END_OF_DOCUMENT_TOKEN_TO_BE_REPLACED

After the massive media fail just a few short weeks ago when the media helped make a selectively edited video go viral in order to attack a group of Covington Catholic high school students who were wearing MAGA hats, the media has once again jumped onto a “MAGA Hate hoax” story that has been falling apart since the initial reporting.

Before getting into the details of the alleged attack on Empire actor Jussie Smollett and the massive disinformation campaign by the media to create a “MAGA” crime, a brief recap and update on the Covington MAGA Hate hoax.