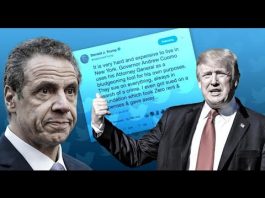 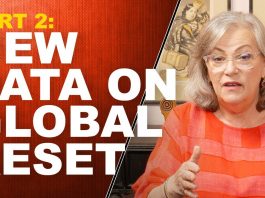 END_OF_DOCUMENT_TOKEN_TO_BE_REPLACED

Evolution of the Russian-Collusion Narrative

“When the facts change, I change my mind. What do you do, sir?” Alternatively attributed to John Maynard Keynes, Paul Samuelson, or Sir Winston Churchill, this statement and question speaks to the mutability of knowledge. It is a mistake to view the Russian-collusion case as the product of a set, initial design. Extremely complex organisms arise from adaptive selections due to environmental factors. These selections yield some attributes that appear to be well designed, but others that are kludged. Similarly, there was no single, initial design that created the Russian-collusion narrative. Rather, the narrative developed from a series of decisions by many actors, in different countries, in pursuit of various goals. These goals, however, all hinged on one event: the election of Hillary Clinton. Understood as a product of such a chaotic process, the schema of what has unfolded makes sense. This article is both a condensation and an expansion of matters discussed in my July 2, 2018 assessment of this subject, published by Disobedient Media.

END_OF_DOCUMENT_TOKEN_TO_BE_REPLACED

With the US unveiling a new set of sanctions against Russia on Friday, Moscow said it would definitely respond to Washington’s latest sanctions and, in particular, it is accelerating efforts to abandon the American currency in trade transactions, said Russia’s Deputy Foreign Minister Sergei Ryabkov.

“The time has come when we need to go from words to actions, and get rid of the dollar as a means of mutual settlements, and look for other alternatives,” he said in an interview with International Affairs magazine, quoted by RT.

“Thank God, this is happening, and we will speed up this work,” Ryabkov said, explaining the move would come in addition to other “retaliatory measures” as a response to a growing list of US sanctions.

END_OF_DOCUMENT_TOKEN_TO_BE_REPLACED 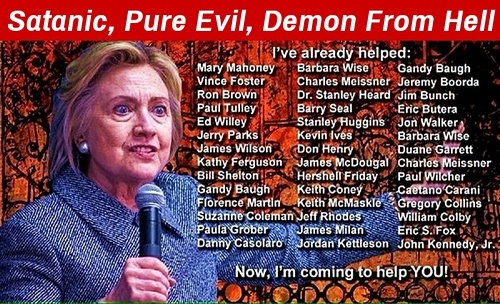 The information shared within the video embedded directly below these opening paragraphs contains some of the most important, but highly censored, information on the internet at this moment so we ask that you watch and please by all means help it to go viral. While the mainstream media and the Democratic party continue to call the topic that is discussed within it a ‘tinfoil hat conspiracy theory‘, as we hear from courageous FBI agent Robyn Gritz in the video, the topic discussed is nothing such.

In the video, One America News Network interviews Gritz about the recent death of a former police officer and ‘pedogate’ investigator by the name of Jenny Moore and as we learn, it very well appears that the ‘Clinton body count‘ has gone up another notch after Moore’s recent death in Prince George’s County, Maryland.

END_OF_DOCUMENT_TOKEN_TO_BE_REPLACED 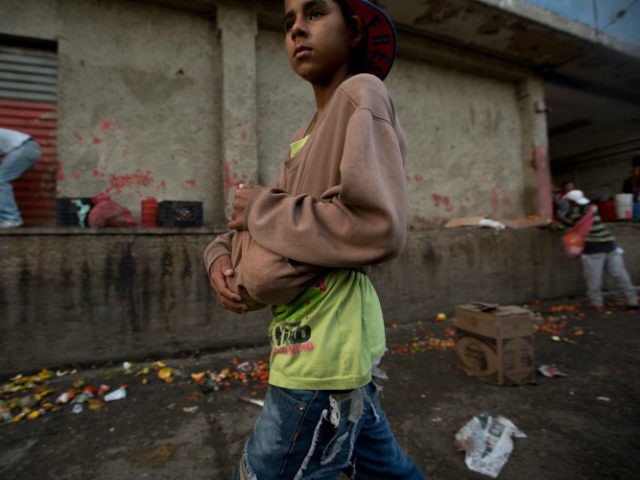 Starving Venezuelans fleeing across the border to Brazil have become a common sight around the dumpsters of the country’s biggest border cities, sending their children to find edible garbage to survive. The images, mirroring the reality in their home country, have triggered a backlash among the local population, Brazilian outlet Globo reported on Wednesday.

END_OF_DOCUMENT_TOKEN_TO_BE_REPLACED

The Suicidal American Empire Is Collapsing Fast, But Its Death Now Would Cause Unacceptable Collateral Damage

Which is why its vassals and even rivals are forced, for now, to try and keep it afloat

There are a lot of behaviors being exhibited by those in positions of power in the US that seem disparate and odd. We watch Trump who is imposing sanctions on country after country, dreaming of eradicating his country’s structural trade deficit with the rest of the world. We watch pretty much all of US Congress falling over each other in their attempt to impose the harshest possible sanctions on Russia. People in Turkey, a key NATO country, are literally burning US dollars and smashing iPhones in a fit of pique. Confronted with a new suite of Russian and Chinese weapons systems that largely neutralize the ability of the US to dominate the world militarily, the US is setting new records in the size of its already outrageously bloated yet manifestly ineffectual defense spending. As a backdrop to this military contractor feeding frenzy, the Taliban are making steady gains in Afghanistan, now control over half the territory, and are getting ready to stamp “null and void,” in a repeat of Vietnam, on America’s longest war. A lengthening list of countries are set to ignore or compensate for US sanctions, especially sanctions against Iranian oil exports. In a signal moment, Russia’s finance minister has recently pronounced the US dollar “unreliable.” Meanwhile, US debt keeps galloping upwards, with its largest buyer being reported as a mysterious, possibly entirely nonexistent “Other.”

END_OF_DOCUMENT_TOKEN_TO_BE_REPLACED

Humanity Has Had Its Fill of George Soros

“You either die a Hero, Or you live long enough to see yourself become the Villain. ”

George Soros has made that transformation into the Villain.  Not that he was ever the Hero, but he is in his mind.

He is the embodiment of the idea floated by John Barth that “Man can do no wrong.”

This is something that good writers understand, villains never see themselves as villains.  In their mind, they can do no wrong, that what they are doing is for the common good or a better world.

END_OF_DOCUMENT_TOKEN_TO_BE_REPLACED

The DNC Told the FBI They Were Hacked. It Was Actually Their Own Security Test.

(ZHE) — The DNC has backpedaled on a report by CNN that a recent “sophisticated attempt to hack into its voter database” had been discovered by San Francisco-based cybersecurity firm Lookout – whose co-founder John Hering contributed $30,700 to the DNC in June of 2016, along with $2,700 to Hillary Clinton the same day. It’s not Lookout’s fault, however, as they were simply “looking out” for the Democratic National Committee when they discovered a “simulated phishing test” they assumed was real.

END_OF_DOCUMENT_TOKEN_TO_BE_REPLACED

Create a Chance for Humanity in the U.S. Nov. 6 Elections, or the World Goes to Hell The 75-day countdown to the Nov. 6 U.S. Federal elections is a critical opportunity to activate Americans to forge a plurality of leadership favorable to shifting the U.S. policy course into a new paradigm for development and peace. If not, the world goes to hell.

Predictably, the advocates for going to hell, went wild yesterday, gleefully claiming that the two legal decisions against President Trump’s former campaign manager Paul Manafort, and Trump’s former personal attorney Michael Cohen, mean the end of the line for Trump himself—i.e. impeachment or automatic ouster by other means. But, as pointed out in the LaRouchePAC posting yesterday, titled, “Robert Mueller’s Desperate and Phony Manafort and Cohen Blitz: Time to Organize,” the initiation and conduct of these peripheral anti-Trump court maneuvers are based on the fraudulent mandate to find Trump-Russian collusion; but there is no collusion. They are a non-starter. The Get-Trump Mueller investigation is just the front-end of British dirty operations to mobilize people and nations against the fraud of “Demon Russia,” in an attempt to distract and destroy opposition to the British financial/control empire, which itself is cracking up.

END_OF_DOCUMENT_TOKEN_TO_BE_REPLACED

Dr. Thomas R. Frieden, who ran the Centers for Disease Control and Prevention for eight years under President Obama, was arrested in Brooklyn on Friday and charged with sex abuse after an incident in October 2017, the police said.

There were few details available about his arrest. Dr. Frieden is expected to appear in court later on Friday.

He was also charged with forcible touching and harassment of a Brooklyn woman, the police said.

END_OF_DOCUMENT_TOKEN_TO_BE_REPLACED

The Excuses For Murder

The left is literally mad, and they’ve been joined by the right.

There is no political body remaining in this nation worthy of support by anyone with a hint of common sense — or a daughter, for that matter.

Look at Elizabeth Warren, who dismissed Mollie Tibbetts’ murder saying that what was really important was making sure illegal invaders didn’t get separated from their kids.  What?  That an illegal invader appears to have murdered someone is less important to the point of dismissal than a criminal being separated from children they used as an instrument in the commission of their offense?

END_OF_DOCUMENT_TOKEN_TO_BE_REPLACED

The picture below is one of the most important pieces anyone could look at to begin understanding the true nature/condition of our global financial system:

This picture depicts the life cycle of “ANY” fiat currency with compound interest.  This concept is explained thoroughly by Chris Martenson on his web site under the moniker of The Accelerated Crash Course.  I recommend everyone read it.