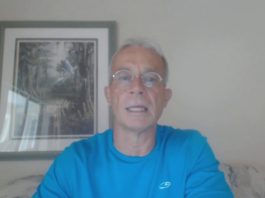 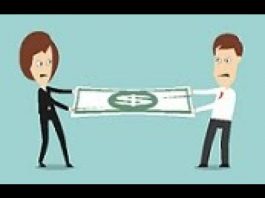 The pressure will now grow to disperse the Yellow Vest movement while also attempting to use the Red Scarves to manufacture support for draconian government policies and police crackdowns aimed at finally ending the establishment-threatening protests.

PARIS — As the “Yellow Vest,” or Gilet Jaunes, protest in France continues to perplex and concern the French government and European elites, a new “counter-protest” has emerged in response to the popular protest movement now entering its 12th week.

Protesters branding themselves as the “Red Scarves,” or Foulards Rouge, descended on Paris this past Sunday in order to protest the “violence” of some Gilet Jaunes protesters and a desire to see the country return to “normalcy.” The French government, which has sought to weaken and disperse the Yellow Vests movement since its inception, stated that the Red Scarves numbered around10,500 in Paris, while other reports claimed that the demonstration was significantly smaller than the government-supplied figure.

END_OF_DOCUMENT_TOKEN_TO_BE_REPLACED In recent years, the far-Left Southern Poverty Law Center (SPLC) has faced a slew of lawsuits regarding its deceptive practice of branding mainstream conservative and Christian groups “hate groups” on par with the Ku Klux Klan. Google has decided to partner with the SPLC, even encouraging employees to work for the organization. Conservative lawyers told PJ Media this partnership may make the tech giant vulnerable to defamation and racketeering lawsuits.

END_OF_DOCUMENT_TOKEN_TO_BE_REPLACED

GMO Foods Will Soon be Mislabeled as Biofortified Editor’s Note: This article is intended for information purposes only. Because state and municipal laws vary greatly, as do the circumstances of individual cases, readers are advised to contact an attorney for specific legal advice. © Scott C. Tips 2019

If you have ever been to Berlin, Germany in the late Fall, you know how miserably wet, cold, and windy it can be. The only real refuge from those elements is to be found indoors. But even then there can be events that drive you right back outdoors and into the elements. Such was the case with the Codex Committee on Nutrition and Foods for Special Dietary Uses (CCNFSDU), which was holding its 40th session during the week of November 26-30, 2018, in that city.

END_OF_DOCUMENT_TOKEN_TO_BE_REPLACED

You see, when you do a Google search of stories, NewsGuard and Microsoft use the green checkmark to tell you what is and is not credible, what is and is not blacklisted, and this is NewsGuard giving the green light to a story that was so fake, it had to be retracted. Look at the roundup below, which took less than 20 minutes to track down. Every single one of these stories is fake news, starting with BuzzFeed’s debunked lie about President Trump telling his then-personal attorney, Michael Cohen, to lie to Congress.
END_OF_DOCUMENT_TOKEN_TO_BE_REPLACED

NBC carried this story which Mr. G.L. spotted and passed along, and yes, the conclusion of the judge is as bad as this blog’s headlines: U.S. District Court Judge William Alsup in San Franfreakshow, Nuttyfornia, has ruled that the single overriding cause of all those fires in Cali…er…Nuttyfornia were caused by uninsulated power wires, which, we’re also told, started fires when powerlines blew into each other during high wind storms, and caused shorts and electrical sparks to fall on dry vegetation:

END_OF_DOCUMENT_TOKEN_TO_BE_REPLACED 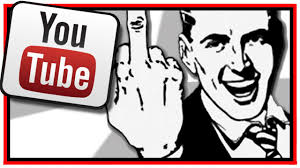 As more and more Democrats throw their hat in the ring, already announcing they’ll be running for president in 2020, big tech has begun to pull out all the stops to prevent Independent Media (IM) from bypassing the mainstream media narrative by not only limiting the reach of IM articles and video reporting, but actively hiding reports that do not conform to their narrative, while Microsoft is attempting to blacklist entire websites, such as Drudge and Breitbart by declaring them fake news.

END_OF_DOCUMENT_TOKEN_TO_BE_REPLACED 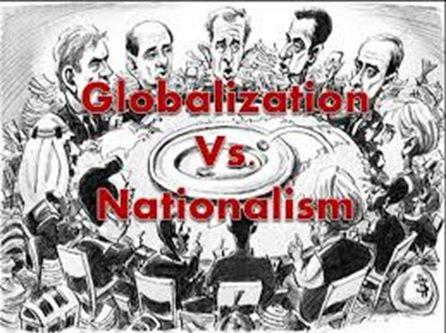 In our use of the Internet, in the clothes and food we buy, and in our increasingly multicultural societies.

But that doesn’t make us Globalists.