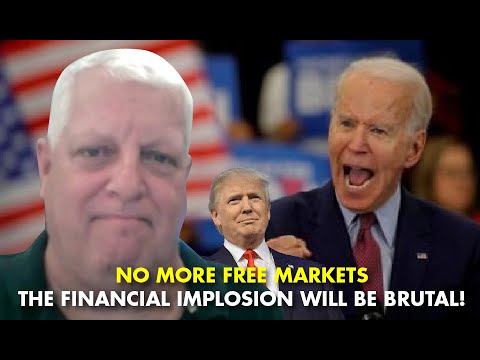 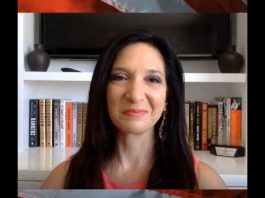 Nomi Prins – Gold and Fed Debt Go Up Together 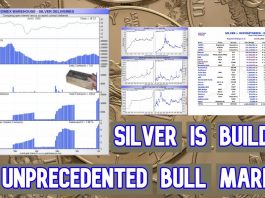 Andy Schectman: How Will Silver React To COVID 2nd Wave

The Federal Reserve’s Perfect Ingredients for Gold’s Next Move

An Excellent Seasonal Buying Opportunity in Silver Lies Directly Ahead

Today I want to put a popular precious metal under the magnifying glass for you: silver.

Silver, often referred to as the “little brother” of gold, has a particularly interesting seasonal pattern I would like to share with you.

END_OF_DOCUMENT_TOKEN_TO_BE_REPLACED

The chart (and blog title) above is from James Turk via King World News. Turk was making the point that the western Central Banks, via the bullion banks, are short $4 billion worth of paper gold on the Comex. With all of the Central Bank money printing, and the Fed is by far printing the most, it would be a disaster for the fiat currency system if the price of gold were to break free and rediscover price discovery. It’s only a matter of time until this occurs. But for now the Central Banks are making a concerted effort to do what they do best: defer reality for as long as possible.

END_OF_DOCUMENT_TOKEN_TO_BE_REPLACED

$10 Silver Certificate Would Buy $333 Worth Of Silver Today

A $10 bill today doesn’t buy as much as it used to.  Yes, indeed… the $10 Federal Reserve Note today would only buy a little more than a half-ounce of silver.  However, back in 1934, a $10 Silver Certificate would purchase 18.5 ounces of silver.  Try doing that today.

According to Kitco.com, the price of silver in 1934 was 54 cents an ounce.  That was a pretty good price for silver because it more than doubled from its low of 25 cents an ounce two years earlier in 1932.  When silver was trading at 54 cents an ounce in 1934, the U.S. Treasury issued $10 Silver Certificates:

END_OF_DOCUMENT_TOKEN_TO_BE_REPLACED

Market Report: Teed up for a bull run

With the active silver contract running off the board and both gold and silver approaching the half-year mark, this week there were strong pressures from the establishment to see lower prices. While 30 June is not here yet, despite this, prices remain firm. Gold rose $21 from last Friday’s close to trade at $1764 in early morning trade in the European time zone, and silver rose 23 cents to $17.82 over the same time period. Trade in Comex gold futures was moderate for the contract but relatively greater in silver.

END_OF_DOCUMENT_TOKEN_TO_BE_REPLACED

Do you I love Silver as much as I do? Oh yeah!! 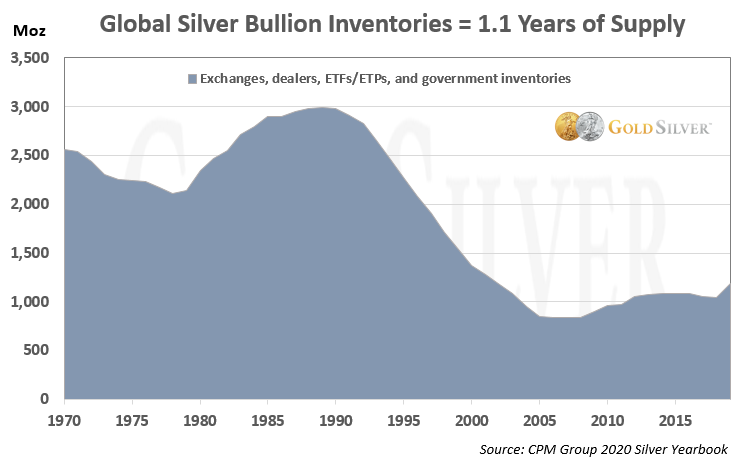 The annual data for silver supply is in, and it shows that the structural decline in new supply for the silver market has strengthened. It is not temporary, and can’t be easily resolved or reversed.

The main issue is the deterioration in mine production, although scrap sources are falling as well. This is important because much of the bullion you and I buy comes from newly-mined silver. Secondary sales (bullion products that have been previously bought and sold) will always have a place in the industry, but to be prepared for the kind of rush Mike Maloney sees ahead, mine production will need to be healthy and rising. It is neither of those things, as you’ll see.

END_OF_DOCUMENT_TOKEN_TO_BE_REPLACED 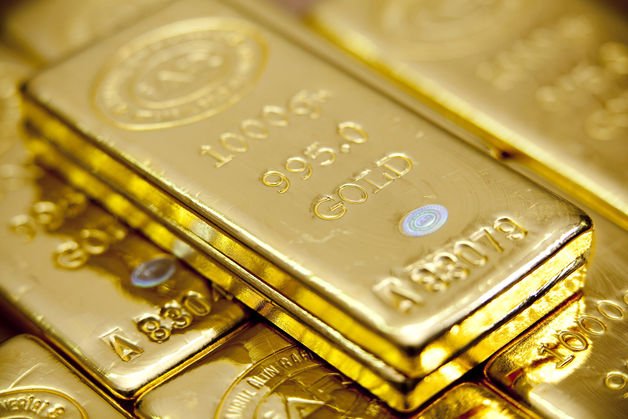 For a group famous for its caution in appearing associated with and endorsing gold, Western central bankers seem to have made an exception when it comes to sitting on the board of directors of the world’s largest bullion bank gold cartel, the London Bullion Market Association (LBMA). But maybe that’s the point. Because, if central banks and their proxies are close to the action in the gold market, they will be able to control their interests, as well as influence and control others.

END_OF_DOCUMENT_TOKEN_TO_BE_REPLACED

HISTORY Of The ONGOING SILVER SCAM

Get up-to-speed from the 1980s to the present day. The unwind will be spectacular…

We had the privilege to interview Ted Butler this weekend. For those interested in the history of the ongoing silver scam, Ted Butler brings us all the way back to the 1980’s up to present day. The unwind will be spectacular!

END_OF_DOCUMENT_TOKEN_TO_BE_REPLACED

Did SELLING your GOLD and SILVER just get a lot more difficult?