“THE STUPID WILL BELIEVE & ASK TO BE TREATED. THEY’LL GO TO THE SLAUGHTERHOUSE.”

END_OF_DOCUMENT_TOKEN_TO_BE_REPLACED

The Overlooked Meaning of “This is America” by Childish Gambino

This is America clearly struck a chord with this generation. But is there more to the character played by Donald Glover than meets the eye? We’ll look at the symbolism of This is America and its significance in today’s social climate.

After over 100 million YouTube views in less than a week and intense media attention, it is safe to say that This is America has reached the enviable status of “cultural phenomenon”. Combining violent imagery with interpretative dance, the video conveys a message that is clear, yet ambiguous, obvious, yet enigmatic. It holds a mirror up to a popular culture that is in crisis and a new black pride movement rebirthing from an utterly toxic womb.

END_OF_DOCUMENT_TOKEN_TO_BE_REPLACED

“So brush the insiders dust out of your eyes, my friends, and the communist soap suds out of your Brain, and ask yourselves in all honesty, what on Earth is wrong with the United States simply minding its own business, or with having its foreign policy function primarily for the safety and benefit of the American people. Which is exactly what we had done for the first 140 years of our existence as a nation, to the incredible advantage of ourselves and everybody else, everybody that is, except a numerically small clique of power lusting conspirators who have somehow inflicted themselves on a gullible world.” – Robert W. Welch Jr (more on him below)

END_OF_DOCUMENT_TOKEN_TO_BE_REPLACED

Stormy’s got Some ‘Splainin’ to do! #NXIVM #QAnon #CalmBeforeTheStormy

I reported on Stormy Daniels having a #NXIVM brand on her hip yesterday, but I found some really clear photos earlier today, and wanted to… extrapolate a bit more about what I think is really going on.

END_OF_DOCUMENT_TOKEN_TO_BE_REPLACED 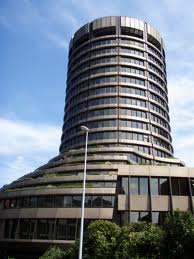 END_OF_DOCUMENT_TOKEN_TO_BE_REPLACED

The Weird And Strange Met Gala 2018

END_OF_DOCUMENT_TOKEN_TO_BE_REPLACED

I’ve been playing around with the idea of doing mini-profiles on individuals associated with #TheCabal, or any of its activities. I kind of dipped my toe into the water yesterday, when I wrote that piece of Johnny Depp, and in the past when I’ve talked about the likes of John Legend, and Cecile Richards.

But it helps to look at the faces of those associated with The Cabal, so we know who the enemy is.