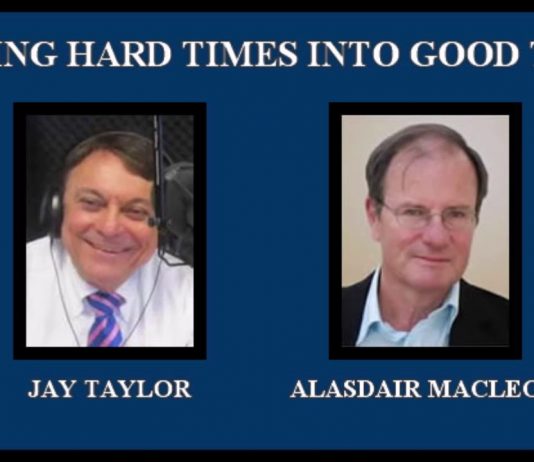 WAR HAWKS GO FOR THE KILL

Working in the field I’ve come across, as well as presented and written about, countless examples of fraud within the western military alliance. Indisputable proof that shows corruption at the highest levels. In conjunction with this corruption is the complete black-out of truthful information with regards to what’s really happening in the Middle East right now, and what has happened in the past.

END_OF_DOCUMENT_TOKEN_TO_BE_REPLACED Bangladesh authorities have shut down mobile Internet across the country, officials and local media said on Sunday, ABS CBN News reported. Meanwhile, Reddit has begun a cardinal sin against free speech and human rights by censoring a user trying to shed light on the horrific human rights abuses happening in their country.

For a week, thousands of students across Bangladesh have been protesting against poor road safety after two teenagers were killed by a speeding bus on July 29th.

END_OF_DOCUMENT_TOKEN_TO_BE_REPLACED

Who is Attacking Britain with Dangerous Substances

The other day, an acid attack in the city of Worcester resulted in a three-year-old suffering serious face and hand injuries. Somehow, the May government that seems to be unable to jump off the Russophobic bandwagon didn’t make an attempt to blame this attack on Moscow. Probably, we can attribute this abnormal pattern of behavior of the sitting British authorities to the fact that the 39-year-old male behind the attack was caught and it obvious that he couldn’t have any ties with Russia whatsoever. Investigators are searching for three more individuals who could potentially explain the motives of the attacker, as it’s been reported by the BBC.

Against the backdrop, the ongoing hysteria around the so-called Salisbury and Amesbury incidents seem like a terrible waste of time, since the authorities are engaged in a war of words and accusations instead of trying to address an abrupt increase in the level of criminal activities across the kingdom. And things are not looking good.

END_OF_DOCUMENT_TOKEN_TO_BE_REPLACED

Hiroshima: A “Military Base” according to President Harry Truman

73 years ago. The first atomic bomb was dropped on Hiroshima “A Military Base” according to Harry Truman.

The collateral damage concept had yet to be defined. 100,000 civilians were killed in the first seven seconds of the explosion.

The dangers of nuclear war are not an object of debate and analysis by the mainstream media.

Public opinion is carefully misled. ” All options on the table”.  Nuclear weapons are portrayed as peace-making bombs.

Did you know that tactical nuclear weapons or so-called mininukes with an explosive capacity between one third and six times a Hiroshima bomb are considered, according to scientific opinion, on contract to the Pentagon as “harmless to the surrounding civilian population because the explosion is underground”.

END_OF_DOCUMENT_TOKEN_TO_BE_REPLACED 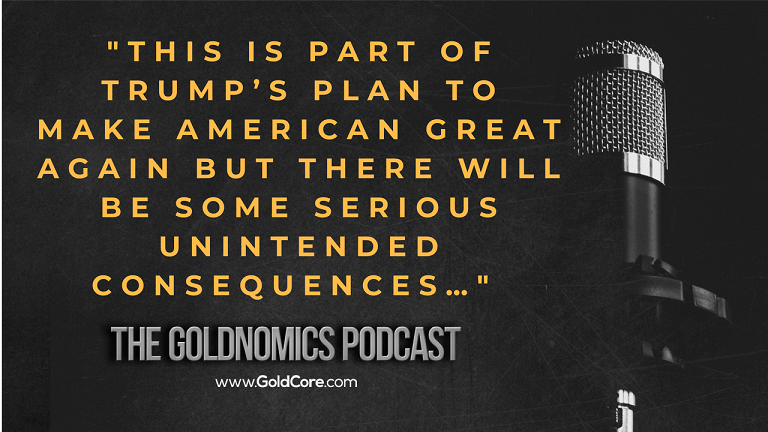 We are delighted to announce a very special guest for our next episode of the Goldnomics Podcast, due for release later this week.

We recently had the opportunity to speak with the legendary investor and adventure capitalist Jim Rogers.

Jim is an American businessman, investor, traveler, financial commentator and author. He is the Chairman of Rogers Holdings and Beeland Interests, Inc. He was the co-founder of the Quantum Fund and creator of the Rogers International Commodities Index.

END_OF_DOCUMENT_TOKEN_TO_BE_REPLACED

Debunking A Century of War Lies

DESPITE THE SILVER WHACKING, SURPRISINGLY THE SLV INVENTORY ADVANCES BY 1.034 MILLION OZ/ THE GLD INVENTORY DECLINES BY 2.06 TONNES.CHINA ANNOUNCES THAT THE GLOVES ARE OFF IN THE TRADE WAR WITH TRUMP/THE CENTRAL BANK OF ITALY HAD TO ACT AHEAD OF THE ECB TO PURCHASE BONDS ON FRIDAY/USA SET TO IMPLEMENT SANCTIONS TONIGHT AS THE IRANIANS UNDERGO MASSIVE DRILLS /LATE TONIGHT THEY STATED THAT THEY MIGHT ENTERTAIN NEGOTIATIONS/TRUMP MAY OVERRIDE ROSENSTEIN AND DECLASSIFY MOST OF THE FISA DOCUMENTS: THAT SHOULD BE INTERESTING

END_OF_DOCUMENT_TOKEN_TO_BE_REPLACED

The New Zealand TV Interview They Wouldn’t Show You!

In 1971, Gary Allen published his book, None Dare Call it Conspiracy. It quickly became an unofficial best seller.

Over the years, several million copies have been sold.

Allen’s thesis was stark: super-rich American capitalists were financing socialism. This bizarre paradox was resolved when socialism was properly understood—not as “power to the people”—but as elite power over the people. In other words, as a hoax.

These days, the socialist hoax is still unknown to most of the population.

Cloak a global power grab as progress for all of humanity.

END_OF_DOCUMENT_TOKEN_TO_BE_REPLACED

IRAN Sultan of Gold Coins Busted, Ahead of US Sanctions

Iran’s gold demand is reported at 4 year highs ahead of feared US sanctions as Iranians are increasingly swapping their Iran real currency for physical precious metals.

Interestingly last month, supposedly Iran’s “Sultan of Coins’ got busted for ‘hoarding‘, aka saving, some 2 tonnes of gold bullion in coins.

END_OF_DOCUMENT_TOKEN_TO_BE_REPLACED

Three Israelis were arrested over the weekend in Colombia, along with 15 others, on suspicion of involvement in sex trafficking in the tourist city of Cartagena that included the sexual exploitation of more than 250 women and girls, Israel’s Ynet news reported.

It’s reported that Colombian authorities also asked Interpol to arrest a former Israel soldier deported from Colombia for running a child prostitution ring. Authorities claimed that even after his expulsion, 44-year-old Israeli citizen Assi Ben-Mosh continued to manage his illicit operations in Colombia from afar.

END_OF_DOCUMENT_TOKEN_TO_BE_REPLACED

Traditionally Russia Is a Gun Rights Country. Gun Control Is a Bolshie Novelty 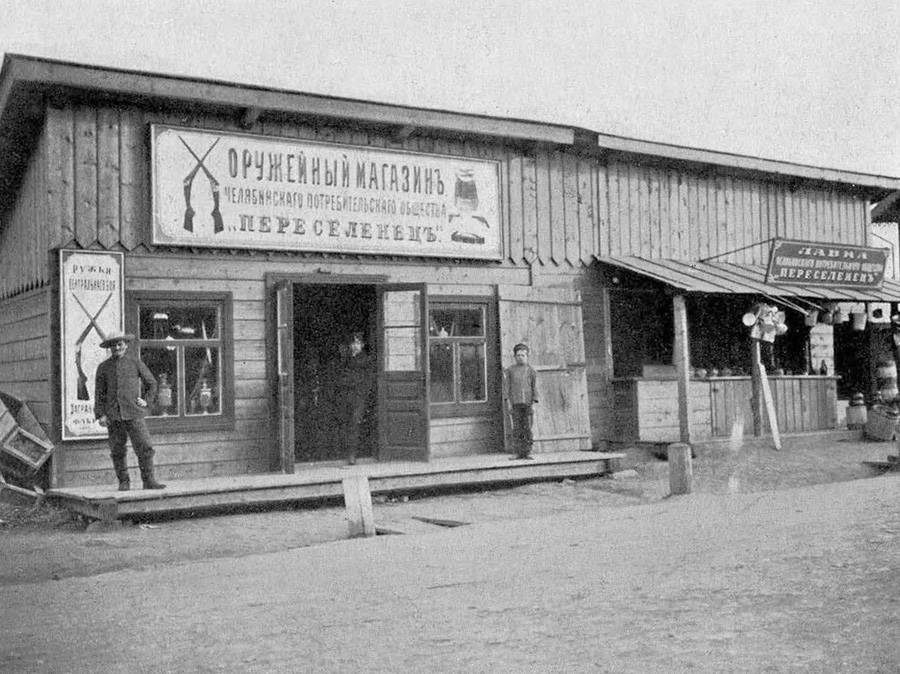 Tyran Tsar? Anything but!

The Russian Empire, like most European countries, had very liberal gun laws, with no significant restrictions on sales, possession, or open carry.

Chelyabinsk gun shop around 1900.
After 1905, you needed the permission of the local head of police to buy pistols and revolvers, but this was a very quick affair and granted as a matter of course. Considering the context of the time – (thousands of assassinations of government officials during this period), this was not an unreasonable precaution. There were no laws on hunting rifles at all until 1917.

END_OF_DOCUMENT_TOKEN_TO_BE_REPLACED

Iran to Ease Currency Exchange Regulations Ahead of US Sanctions

The new rules will allow exchange offices to buy and sell hard currencies, among other assets.

Iran has announced a relaxation of foreign exchange rules ahead of US sanctions targeting Iran’s purchase of US dollars, trade in gold and precious metals, coal, cars and industrial-related software, according to media reports.

New US sanctions against Tehran will come into effect Monday.

The Central Bank of Iran announced Sunday that it will open currency markets, allowing exchange offices to buy and sell hard currencies for purposes such as foreign trade.

END_OF_DOCUMENT_TOKEN_TO_BE_REPLACED

Two Knockout Blows to US Imperialism: De-Dollarization and Hypersonic Weapons

In the current multipolar world in which we live, economic and military factors are decisive in guaranteeing countries their sovereignty. Russia and China seem to be taking this very seriously, committed to the de-dollarization of their economies and the accelerated development of hypersonic weapons.

The transition phase we are going through, passing from a unipolar global order to a multipolar one, calls for careful observation. It is important to analyze the actions taken by two world powers, China and Russia, in defending and consolidating their sovereignty over the long term. Observing decisions taken by these two countries in recent years, we can discern a twofold strategy. One is economic, the other purely military. In both cases we observe strong cooperation between Moscow and Beijing. The merit of this alliance is paradoxically attributed to the attitude of various US administrations, from George Bush Senior through to Obama. The special relationship between Moscow and Beijing has been forged by a shared experience of Washington’s pressure over the last 25 years. Their shared mission now seems to be to contain the US’s declining imperial power and to shepherd the world from a unipolar world order, with Washington at the center of international relations, to a multipolar world order, with at least three global powers playing a major role in international relations.