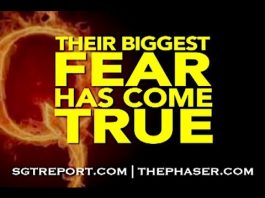 More evidence has emerged to indict the Organization for the Prohibition of Chemical Weapons (OPCW) in carrying out a despicable cover-up in Syria. Even more damning is that the cover-up appears to have been orchestrated at the highest ranks of the organization in response to political pressure from the United States and Western allies.

This is a grave matter considering the UN-affiliated body is supposed to be a neutral, technical watchdog overseeing the implementation of the 1997 Chemical Weapons Convention banning the use of such weapons of mass destruction. The seeming politicization of the OPCW means that it has become a propaganda tool for Western powers which can be used to advance nefarious geopolitical agendas. The erosion of its authority is thus a serious setback to global efforts aimed at non-proliferation and maintaining security.

END_OF_DOCUMENT_TOKEN_TO_BE_REPLACED

Yesterday, a former engineer and ballistics expert with the Organization for the Prohibition of Chemical Weapons (OPCW) delivered testimony via video link to an audience at the United Nations Security Council (UNSC), accusing the chemical weapons watchdog of intentionally burying exculpatory evidence from its Fact Finding Mission (FFM) report – evidence which would have exonerated the Syria government in an alleged chemical weapons incident in Douma, Syria, in April 7, 2018.

END_OF_DOCUMENT_TOKEN_TO_BE_REPLACED

The 12 Strongest Arguments That Douma Was A False Flag

There have been many US military interventions that were based on lies. This is not a conspiracy theory. It is not some kooky blogger’s opinion. It is an extensively documented and indisputable fact.

Nothing has ever been done to address this extensively documented and indisputable fact. No laws were ever changed. No war crimes tribunals were ever held. No policies or procedures were ever revised. No one was ever even fired. No changes were implemented to prevent the Iraq deception from happening again, and, when it happened again, no changes were implemented to prevent the Libya deception from happening again.

END_OF_DOCUMENT_TOKEN_TO_BE_REPLACED Has a false flag been launched in Iraq? It’s being reported that a U.S. civilian contractor has been killed and U.S. servicemen have been injured in a rocket attack at an Iraqi base.

The Last American Vagabond reviews the many times we have heard about alleged attacks that have not been proven other than the “anonymous military sources” always quoted by the mainstream media.  However, this time the Iraqi military did corroborate that a number of “missiles” struck near Kirkuk, resulting in one death and many injuries.

END_OF_DOCUMENT_TOKEN_TO_BE_REPLACED

The OPCW Scandal is Now a Bona fide Cover-up Last Friday night saw the fourth round of internally leaked documents found on WikiLeaks from the Organization for the Prohibition of Chemical Weapons (OPCW), showing once again how the organisation’s official report on an alleged 2018 ‘chemical attack’ attack in Douma, Syria – was in fact doctored by the chemical watchdog’s executives in order to justify a three-way attack by the US, UK and France against the Syrian government.

END_OF_DOCUMENT_TOKEN_TO_BE_REPLACED 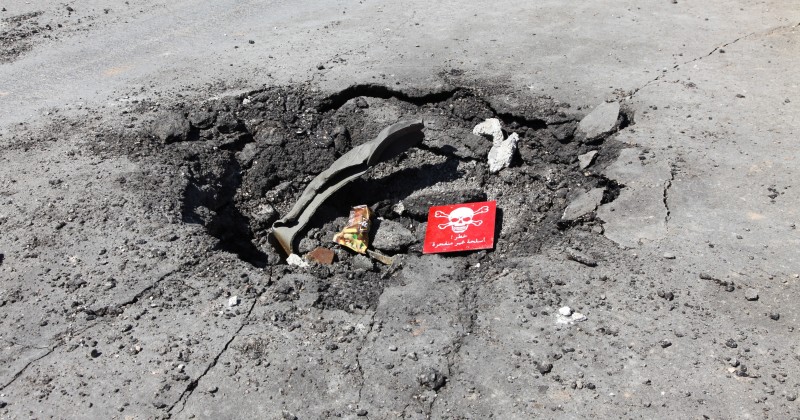 Late Saturday WikiLeaks released more documents which contradict the US narrative on Assad’s use of chemical weapons, specifically related to the April 7, 2018 Douma incident, which resulted in a major US and allied tomahawk missile and air strike campaign on dozens of targets in Damascus.

The leaked documents, including internal emails of the Organization for the Prohibition of Chemical Weapons (OPCW) — which investigated the Douma site — reveal mass dissent within the UN-authorized chemical weapons watchdog organization’s ranks over conclusions previously reached by the international body which pointed to Syrian government culpability. It’s part of a growing avalanche of dissent memos and documents casting the West’s push for war in Syria in doubt (which had resulted in two major US and allied attacks on Syria).

END_OF_DOCUMENT_TOKEN_TO_BE_REPLACED

In two letters obtained by The Grayzone, a pair of chemical weapons inspectors respond to a recent inquiry dismissing them as rogue actors, Aaron Mate reports.

Two whistleblowing inspectors at the center of an Organization for the Prohibition of Chemical Weapons (OPCW) cover-up scandal are demanding that their suppressed findings get a fair, transparent, and scientific hearing. In formal letters to the OPCW director-general, the two veteran officials also refuted the OPCW’s leadership’s efforts to impugn their credibility.

END_OF_DOCUMENT_TOKEN_TO_BE_REPLACED

A senior correspondent for German state media broadcast ZDF heute stunned his European audience during a report from on the ground in Syria when he gave a straightforward and honest account of his findings while investigating what happened in Douma.

The veteran reporter, Uli Gack, interviewed multiple eyewitnesses of the April 7 alleged chemical attack and concluded of the testimonials:

“The Douma chemical attack is most likely staged, a great many people here seem very convinced.”

It appears that all local Syrians encountered by the German public broadcast reporter were immediately dismissive of the widespread allegation that the Syrian government gassed civilians, which the US, UK, France, and Israel used a pretext for launching missile strikes on Damascus.