CNN President Jeff Zucker: “Trump Is Trying To Bully Us”

CNN President Jeff Zucker, rather than apologize for publishing fake news story after fake news story all in an effort, by his own admission mind you, to drive ratings for for his network, has decided to take a play from the ‘disaffected liberal” playbook and pretend to be the victim in his rather public scuffle with President Trump. In a new interview with the New York Times published yesterday, Zucker never once apologized for his network’s credibility-crushing mistakes over the past several weeks but instead said that Trump “is trying to bully us.”

“He’s trying to bully us, and we’re not going to let him intimidate us. You can’t lose your confidence and let that change the way you conduct yourselves.”

“My job is to remind everyone that they need to stay focused doing their job,”

END_OF_DOCUMENT_TOKEN_TO_BE_REPLACED

A series of fake news articles (see here, here and here), black mail of anonymous Reddit userswho had the audacity to poke fun at them and a couple of undercover videos from Project Veritas revealing CNN producers admitting their own news is “mostly bullshit,” seems to be taking a toll on CNN’s ratings.

END_OF_DOCUMENT_TOKEN_TO_BE_REPLACED

Trump Comments on CNN Blackmail: “They Have Some Very Serious Problems”

President Donald Trump commented on CNN threatening to reveal the identity of the originator of the infamous Trump WWE meme, remarking that the news network has “some very serious problems”.

CNN was hit by a huge backlash yesterday after it proudly announced it had discovered the identity of an Internet user known as ‘HanAssholeSolo’ and reserved the right to publicly reveal his identity should he continue to produce anti-CNN content.

This prompted a wave of condemnation across the political spectrum, with prominent people asking why CNN had turned its vast resources against a private individual to bully him into silence under threat of his identity being revealed.

During his appearance in Warsaw with the President of Poland this morning, Trump addressed the story after he was asked about it by a journalist.

END_OF_DOCUMENT_TOKEN_TO_BE_REPLACED

CNN is reeling from a huge backlash after the news organization was accused of blackmailing the creator of the infamous Trump-CNN wrestling meme by threatening to reveal his identity.

The mainstream media thought it had scored a victory when it was discovered that the original creator of the meme had previously posted racist content. However, the individual, know by his handle ‘HanAssholeSolo’, has if anything been turned into a martyr.

The controversy erupted when CNN’s Andrew Kaczynski bragged that CNN had refrained from publishing HanAssholeSolo’s real name because he had “issued an extensive statement of apology,” showed remorse and promised not to make fun of CNN again.

END_OF_DOCUMENT_TOKEN_TO_BE_REPLACED 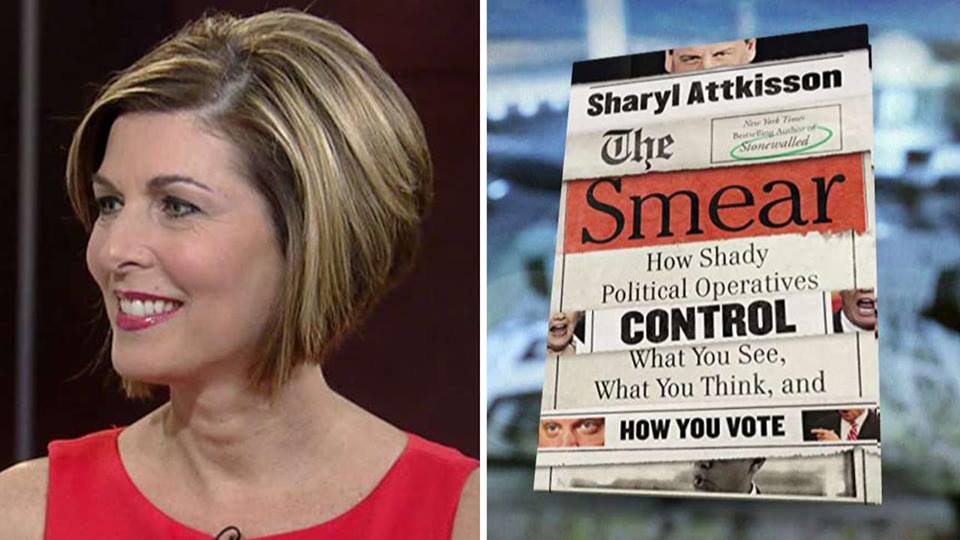 Sharyl Attkisson is a respected investigative reporter who’s just released another book, The Smear: How Shady Political Operatives and Fake News Control What You See, What You Think and How You Vote. The book chronicles a number of different players involved in the DC Smear Machine, how they carry out their often slanderous activities and why the press is so compliant, often carrying the water for known deceivers. It’s a distressing state of affairs that has been getting worse for the past three decades. It’s gotten to the point that you can’t trust anything the media reports. To not fall pray, you must become a critical thinker and be aware of the tricks they use to control your thoughts. END_OF_DOCUMENT_TOKEN_TO_BE_REPLACED

CNN incurred a significant decrease in TV viewers in June as the month progressed thanks in large part to President Trump pointing out their media bias and false reporting,

By the end of June, due to CNN being caught in a number of ‘fake news’ stories, its numbers dropped significantly.