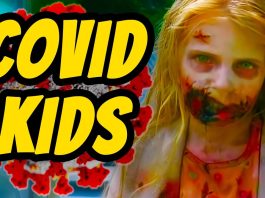 The John Birch Society: A Conversation With Its President Emeritus

The Left Is Organizing “Response Events” In 900 U.S. Cities On Thursday To Protest The Firing Of Jeff Sessions 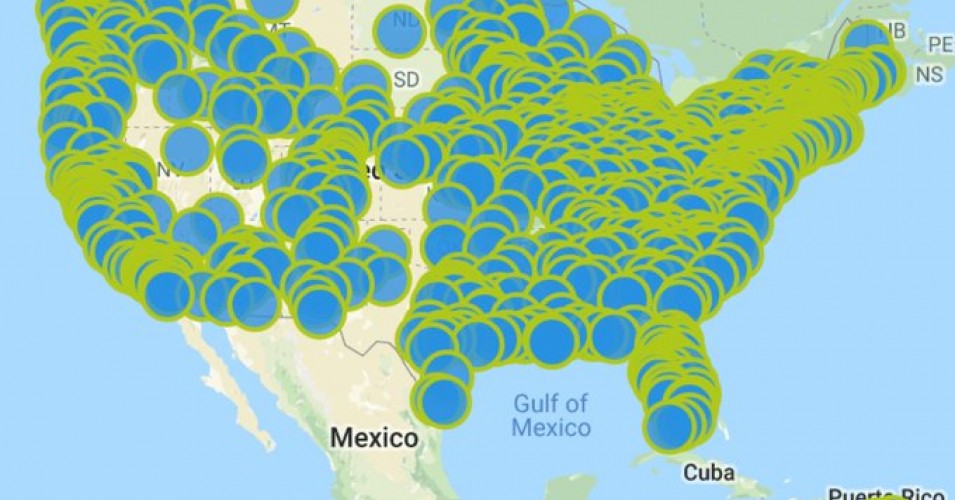 Well, that escalated quickly.  On Wednesday, President Trump fired Attorney General Jeff Sessions, and by the end of the day major leftist organizations had already put together protests in 900 U.S. cities to make a “public demand for action to correct this injustice”.  It truly is amazing how rapidly these groups were able to put up web pages promoting these events and get the call out on social media.  It is almost as if they knew that this was coming.  MoveOn.Org is one of the organizations that is spearheading this effort, and their page promoting these protests is identical to the page promoting these protests on trumpisnotabovethelaw.org.  According to both pages, the protests will be held on November 8th at 5 PM local time…

END_OF_DOCUMENT_TOKEN_TO_BE_REPLACED

A hundred fifty years ago, at least some Americans recognized that all serious discourse depended on the use of the faculty called Reason.

Formal debate, science, and law all flowed from that source.

A common bond existed in some schools of the day. The student was expected to learn how Reason operates, and for that he was taught the only subject which could lay out, as on a long table, the visible principles: Logic.

END_OF_DOCUMENT_TOKEN_TO_BE_REPLACED

The Secret Society That Rules The World “The conscious and intelligent manipulation of the organized habits and opinions of the masses is an important element in democratic society. Those who manipulate this unseen machanism of society constitute an invisible government which is the true ruling power of our country. We are governed, our minds are molded, our tastes formed, our ideas suggested, largely by men we have never heard of.”[1]

END_OF_DOCUMENT_TOKEN_TO_BE_REPLACED

NO GOLD FOR YOU! Venezuela Denied Its Gold (Wait Until You Read The Reason Why)

No gold for you! The Bank of England has refused to give Venezuela its gold back. Wait until you read the reason why…

Earlier in the week I reported on Venezuela’s request to repatriate its 14 tons of gold held in Bank of England vaults.

We have an update to that request, from The Times (bold added for emphasis):

President Maduro of Venezuela is trying to repatriate at least 14 tonnes of gold held at the Bank of England, fearing that access could be frozen under US sanctions against his regime.

END_OF_DOCUMENT_TOKEN_TO_BE_REPLACED

In August 2016, Matthew Whitaker, the new interim U.S. Attorney for the United States who has replaced feckless and fired Jeff Sessions, told SiriusXM host Matt Boyle of Breitbart News Daily that he has always believed “this pay-to-play, Clinton Foundation, State Department situation is much more serious” than the original Clinton email scandal.

“James Comey, the director of the FBI, stood up and talked about the emails, and the emailing of classified information. That was serious, but the real ballgame is the situation you’re describing, and that is where Clinton Foundation donors were given preferential treatment,” Whitaker told Boyle. He added:

END_OF_DOCUMENT_TOKEN_TO_BE_REPLACED At this point it’s hardly worth arguing that the Syrian conflict has entered endgame, as this fact seems pretty obvious at this point. Yet, even after exhausting all of its options the United States chose to double down on its Syrian intervention.

This serves as a clear indication that America’s Syria policy is in dire straits. For months now, Donald Trump would carry on voicing his typical Twitter threats against Damascus and its allies that are determined to put an end to massive terrorist groups operating inside war-ravaged Syria.

Under this backdrop, it’s hardly surprising that the Washington Post would cite an unnamed official in the Trump administration that revealed that the US tried to create quagmires for Moscow and Damascus until it would be able to grab what it has been after all along. To be more specific, this implies that the West will try to get its foot in the door of the ending conflict, ensuring that the Syrian government will not be able to secure its victory. This means Washington will once again rush to save al-Qaeda to keep the war going, which has been a recurring undercurrent in US policy in Syria for years.

END_OF_DOCUMENT_TOKEN_TO_BE_REPLACED

TRUMP OPENS DOOR TO DECLASSIFYING RUSSIA DOCS, AND HIS ACTING ATTORNEY GENERAL COULD BE ON BOARD

President Trump is “very seriously” considering whether to declassify a slew of FBI and Justice Department records related to the Russia investigation, he said Wednesday. That controversial proposal, which Trump has toyed with for months, may have a backer in Matthew Whitaker, the acting attorney general.

Whitaker, who served as Sessions’ chief of staff, will take over as acting attorney general. In that role, he will oversee the special counsel’s investigation into Trump associates’ links to Russia. Deputy Attorney General Rod Rosenstein had directed the investigation because Sessions recused himself due to contacts he had with Russians while working on the Trump campaign.

END_OF_DOCUMENT_TOKEN_TO_BE_REPLACED

Stockman: Why Washington Mismanagement and Corruption Is Only Going to Get Worse

The new acting Attorney General filling in for Jeff Sessions once said he would have indicted Hillary Clinton based on the facts of her email probe.

In a USA Today op-ed from July 2016, Matthew Whitaker, slated to be the interim Attorney General, said he disagreed with former FBI Director James Comey’s conclusion that “no reasonable prosecutor” would bring charges on Clinton.

“Director Comey’s judgment was that ‘no reasonable prosecutor’ would bring the case,” he wrote. “I disagree. I believe myself to have been a reasonable prosecutor, and when the facts and evidence show a criminal violation has been committed, the individuals involved should not dictate whether the case is prosecuted.”

END_OF_DOCUMENT_TOKEN_TO_BE_REPLACED

REALIST NEWS – Jeff Sessions is gone – Party about to get started?