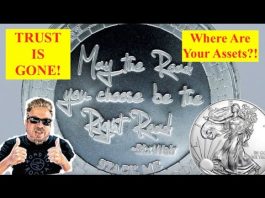 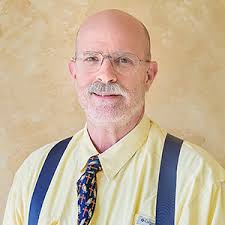 Ringgold doctor, Dr. Charles C. Adams, who was treating patients suffering from heavy metal poisoning and billing Medicare for their effective medical treatment is being charged by our lovely government (a.k.a. the Feds). In a Medicare fraud lawsuit filed Tuesday in U.S. district court in Atlanta, federal prosecutors alleged that the patients didn’t need the chelation and that the procedure could be dangerous. (What they never mentioned was that the drugs the FDA has approved of are far more dangerous.)

END_OF_DOCUMENT_TOKEN_TO_BE_REPLACED

BOOM! Paul Manafort Flipping But Not On Who You Think! Democrats Shaking In Fear! The context for changing the order of world politics has never been more suitable than it is now. For one thing, the decline of the West is due to the massive breaches that internal strategic disagreement over issues ranging from Paris Climate agreement to Iran-nuke deal have caused in the post World War Two system that the US had built. But what has really been the cataclysmic event is the magnificent rise to power of China and Russia from the East in the international arena, having the ability to both challenge the US, the self-declared champion of global politics and economics, and also establish an alternative world order through different regional and extra-regional configurations, showing their ability to not only to integrate the world into the new order, but also steer the conflict ridden regions to peace and stability.

END_OF_DOCUMENT_TOKEN_TO_BE_REPLACED

There Is Soft Kill, Hard Kill and Then There Is Spermageddon-Why There Is a War On Heterosexuality 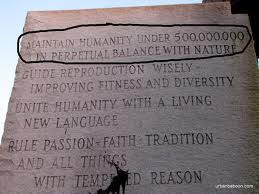 Thanks to Ted Turner for making it clear what the globalists truly desire. Ninety percent depopulation of the population is the goal. There are hard kill methods eg war) and there are soft kill methods (eg Chromium 6 in the water) and there is spermageddon!!!

Sperm counts are way down. This is a striking finding that has profound implications for humanity.

For this reason and many other reasons, some questioning if this is the last generation of humans that will inhabit the planet.

END_OF_DOCUMENT_TOKEN_TO_BE_REPLACED

Qanon – Military Planning at its Finest

USA: THOSE CUBAN SONIC ATTACKS? PUTIN DID IT

When the Cuban embassy “sonic attacks” story first appeared, I blogged about it, and pointed out that some of the victims’ descriptions of the attacks indicated microwave interferometry weapons. One particular case caught my eye, where an individual complained about hearing an excruciating “metallic grating” sound while on his bed, but the moment he moved from the bed, the sound, and pain, stopped. More recently, in my latest book, Microcosm and Medium, I pointed out that some victims of “voice of God” microwave-to-brain broadcast technology also evidences a similar “region” where the phenomenon is active, and that it ceases once one moves out of that region. I also pointed out in that first blog about the Cuban embassy attacks – and again in the book – that such technologies were being developed both by the former Soviet Union, and by the USA (and, I imagine, just about anyone else with the technology to do so).

END_OF_DOCUMENT_TOKEN_TO_BE_REPLACED

Profiles In Treason: Rod Rosenstein – From Uranium One To IRS Corruption To The FISA Scandal, Rosenstein Sold Out America For Globalism While Covering Up Clinton Family Crimes

The Deep State continues its agenda to take out the sitting President of the United States. The corrupt leadership of the FBI, DOJ, State Department, and even the CIA pushes forward in the machinations that have embroiled the country in divisive politics for the past two years. The American people have let this go on for far too long, starting with an inept Attorney General Sessions.

One of those members of the Deep State cabal is Rod Rosenstein. When approved as Deputy Attorney General by a wide margin, there was a lack of vetting that has created the damaging position we find ourselves in now. From the IRS to the investigation (or lack thereof), Rosenstein has had a hand in all of it.

END_OF_DOCUMENT_TOKEN_TO_BE_REPLACED

Facebook will begin fact-checking photographs and videos posted on its platform that are misleading or controversial, WSJ reported.

The company stated Thursday it will begin using technology and human reviewers to stop the spread of “misinformation in these new visual formats.” Previously, the company’s efforts have been focused on rooting out false articles and links.

“The same false claim can appear as an article headline, as text over a photo or as audio in the background of a video,” Facebook product manager Tessa Lyons said in the statement. “In order to fight misinformation, we have to be able to fact-check it across all of these different content types.”

END_OF_DOCUMENT_TOKEN_TO_BE_REPLACED

The nice thing about free to me money from any source is the recipients don’t have to change anything. Free money is the ultimate free-pass from consequence and adaptation: instead of having to make difficult trade-offs or suffer the consequences of profligacy, the recipients of free money are saved: they can continue on their merry way, ignoring the monumental dysfunction of their lifestyle.

This explains the appeal of Modern Monetary Theory (MMT), which holds that deficit spending is the “solution” to all our problems because governments can’t go broke–they can always emit whatever currency they need via printing or borrowing.

END_OF_DOCUMENT_TOKEN_TO_BE_REPLACED

In what can only be considered one of the most bizarre information leaks of 2018, an alleged DARPA whistleblower known only as ‘Sam’ appeared on Clyde Lewis’s Ground Zero radio show on Wednesday where he made the claim that Chinese bad actors are likely to blame for hacking the National Solar Observatory (NSO) in Sunspot, New Mexico, and may have been using or intended to use the facility as a solar weapon which is what prompted the FBI to take over the facility last Thursday along with a nearby post office and several homes.