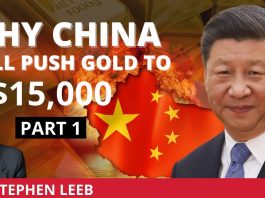 China’s Digital Currency: A Warning to the World Part 1

Why Global Elites Want You Censored and Stupid!

WAKE UP. The storm is coming.

74% Of Americans Believe The “Deep State” Is Running The Country

For the past two years, the long-running narrative, at least that promulgated by the mainstream media which continues to “explain away” Hillary Clinton’s loss to Donald Trump, is that Americans had fallen for a massive, long-running fake news scam (in part aided and abetted by the likes of Facebook), which boosted Trump’s popularity at the expense of Hillary’s as part of some giant “Russian collusion” conspiracy theory between the Trump campaign and the Kremlin (which Mueller was supposed to uncover, but has instead shifted to investigating obstruction, seemingly unable to find anything).

But what if that entire narrative is dead wrong: what if Americans have become so skeptical in the government process and structure, they never needed a “fake news” boost to vote for an establishment outsider?

END_OF_DOCUMENT_TOKEN_TO_BE_REPLACED

Mark Levin: “Obama Administration Did More to Interfere with Our Election Than the Russians” (VIDEO)

The Great One then went on a tirade against Comey, McCabe, Samantha Power, Clapper, Brennan and Susan Rice.

END_OF_DOCUMENT_TOKEN_TO_BE_REPLACED

What prompted former CIA Director John Brennan on Saturday to accuse President Donald Trump of “moral turpitude” and to predict, with an alliterative flourish, that Trump will end up “as a disgraced demagogue in the dustbin of history”? The answer shines through the next sentence in Brennan’s threatening tweet: “You may scapegoat Andy McCabe [former FBI Deputy Director fired Friday night] but you will not destroy America…America will triumph over you.”

It is easy to see why Brennan lost it. The Attorney General fired McCabe, denying him full retirement benefits, because McCabe “had made an unauthorized disclosure to the news media and lacked candor — including under oath — on multiple occasions.” There but for the grace of God go I, Brennan must have thought, whose stock in trade has been unauthorized disclosures.

END_OF_DOCUMENT_TOKEN_TO_BE_REPLACED

This parent had the internal fortitude and integrity to face-off with a corrupt school administration that wants to play along with the corrupt anti-gunners (Luke 11:21) in Washington D.C., as well as the CIA-controlled media that are hard at work attempting to not only indoctrinate the up and coming students in America, but the television watchers, as well (2 Corinthians 6:17).

Over the weekend, I received an email from an attorney friend who shared some interesting news, news once again that is in direct contrast to the truth of the matter concerning the “anti-gun school walk-out.

END_OF_DOCUMENT_TOKEN_TO_BE_REPLACED

Can Nuclear War Be Avoided?

Two factors are driving the world to nuclear war. One is the constant stream of insults, false accusations and broken agreements that the West has been dumping on Russia year after year. The other is Russia’s response, or, perhaps more correctly, the lack thereof.

Articles documenting Washington’s betrayals and provocations of Russia are available online and on my website. There is no point in repeating them here.

I have pointed out that the Russian government’s factual, diplomatic, and legal responses actually produce more provocations and insults. See, for example, https://www.paulcraigroberts.org/2018/03/17/war-is-on-the-horizon/ Stephen Lendman agrees (http://stephenlendman.org/2018/03/russia-expelling-23-uk-diplomats-way-inadequate/ ) and so does Peter Koenig ( https://thesaker.is/russias-reaction-to-the-insults-of-the-west-is-political-suicide/ ).

END_OF_DOCUMENT_TOKEN_TO_BE_REPLACED

Obama’s Former Campaign Director Makes Bombshell Claim: Facebook Was “On Our Side”

The recent controversy and escalating scandal over Facebook’s decision to ban Trump-linked political data firm Cambridge Analytica over the use of data harvested through a personality app under the guise of academic research has opened a veritable Pandora’s box of scandal for the Silicon Valley social media giant.

Carol Davidsen, who served as Obama’s director of integration and media analytics during his 2012 campaign (in her LinkedIn profile she says she was responsible for “The Optimizer” & “Narwhal” big data analytics platforms), claims – with evidence, that Facebook found out about a massive data-mining operation they were conducting to “suck out the whole social graph” in order to target potential voters. After Facebook found out, they knowingly allowed them to continue doing it because they were supportive of the campaign.

END_OF_DOCUMENT_TOKEN_TO_BE_REPLACED 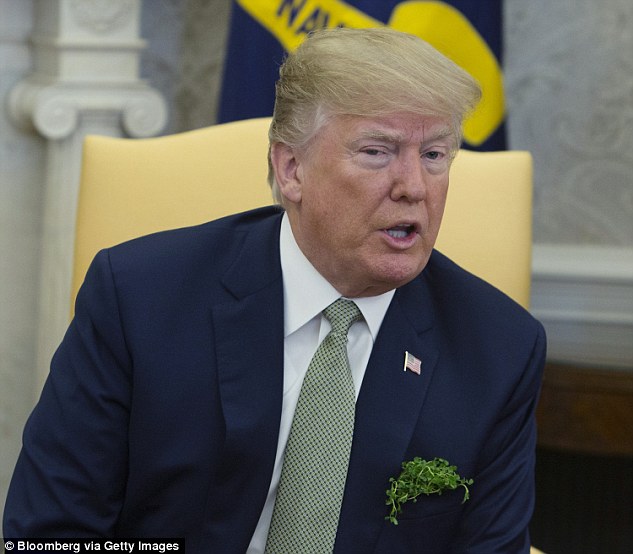 According to news reports last Friday and over the weekend, Facebook has landed squarely in the middle of the next explosive leg of the Trump-Russia scandal. According to the Guardian’s Observer newspaper in the U.K., a digital data mining company known as Cambridge Analytica collected private information from approximately 50 million Facebook users in order to support Donald Trump’s presidential campaign in 2016.

Trump’s campaign hired Cambridge Analytica in the spring of 2016 and “paid it more than $6.2 million,” according to a Reuters report.

A Cambridge Analytica whistleblower, Christopher Wylie, told the Observer that “We exploited Facebook to harvest millions of people’s profiles. And built models to exploit what we knew about them and target their inner demons. That was the basis that the entire company was built on.” In the YouTube video above from the Guardian explaining how the process worked, Wylie calls it a “Full service propaganda machine.”

END_OF_DOCUMENT_TOKEN_TO_BE_REPLACED

t will come as no shock to regular readers that big tech is completely out of control, as is social media giants like Twitter and Facebook, as we have been documenting the increasing intensity and frequency of their outright censorship of Independent and conservative websites, videos, and social media posts.

While it is not surprising, it is important to document their censorship practices as they find new ways to silence anyone that doesn’t promote or conform to their preferred narrative and official spin, because one cannot fight against attacks if they do not see them and where they are coming from.