What Companies & Office Workers Said About Work from Home: Landlords Are Out of Luck 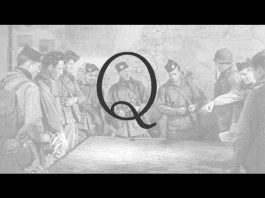 Qanon – Military Planning at its Finest 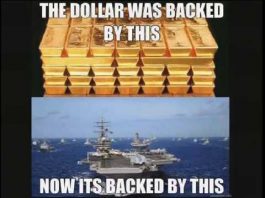 THE (OUT)HOUSE OF SAUD: THE COUP, THE OIL, AND THE MONEY 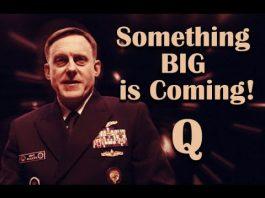 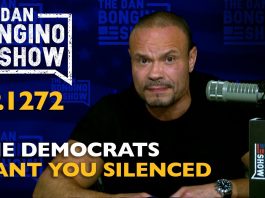 Ep. 1272 The Democrats Want You Silenced – The Dan Bongino Show®

Bilderberg 2019 The Wrap-Up! What Did We Learn?

The overarching lesson of the triumphant Republican National Convention this week is that America is great, and that it is good and proper for an American president to put America first. In that, of course, the RNC is echoing President Trump’s consistent statements since he began running for president four years ago. But the President’s America-First message remains one of the most maligned, misinterpreted, and misrepresented aspects of his entire program.

END_OF_DOCUMENT_TOKEN_TO_BE_REPLACED

Secret May 2009 Meeting of “The Good Club”. “Billionaire Club in Bid to Curb Overpopulation”

Is Worldwide Depopulation Part of the Billionaire’s “Great Reset”

Flash back to May 2009, the Billionaires held a meeting behind closed doors at the home of the president of The Rockefeller University in Manhattan.

This Secret Gathering was sponsored by Bill Gates. They called themselves “The Good Club”.

Among the participants were the late David Rockefeller, Warren Buffett, George Soros, Ted Turner, Oprah Winfrey and many more.

The Secret Gathering was reported by the Sunday Times. as well as the Guardian.

“The fact that they pulled this off, meeting in the middle of New York City, is just absolutely amazing,” said Niall O’Dowd, an Irish journalist who broke the story on the website irishcentral.com.”

END_OF_DOCUMENT_TOKEN_TO_BE_REPLACED

CHINA VS USA: TRUMP STILL ON THE WARPATH

GOLD UP $12.00 TO $1914.80//SILVER UP 53 CENTS TO $24.41//STRONG ADVANCE IN GOLD TONNAGE STANDING: UP TO 95.527 TONNES//OVER 9 MILLION OZ OF SILVER STANDING//TRUMP THERAPY WORKS..HE WILL BE RELEASED FROM WALTER READ TONIGHT//CHINA VS USA: TRUMP STILL ON THE WARPATH//CORONAVIRUS UPDATES SAT. THROUGH MONDAY

END_OF_DOCUMENT_TOKEN_TO_BE_REPLACED

The agenda for the meeting, titled “Beyond #Resistance: Reclaiming our Progressive Future,” lays out three full days of events culminating in a Friday night dinner headlined by Pelosi.  A few hours earlier guests can attend “A Talk with George Soros,” who will be introduced with a “special videotaped message” by Democratic senator Kamala Harris (Calif.).

A SECRETIVE THREE-DAY CONFERENCE WHERE BIG MONEY LIBERAL DONORS ARE PLOTTING THE NEXT STEPS OF THE “RESISTANCE” WILL BE HEADLINED BY FRIDAY SPEECHES BY BILLIONAIRE GEORGE SOROS AND DEMOCRATIC HOUSE MINORITY LEADER NANCY PELOSI, ACCORDING TO INTERNAL DOCUMENTS OBTAINED BY THE WASHINGTON FREE BEACON.

EDITOR’S NOTE: Following the Democrats stunning loss to Donald Trump in 2016, George Soros with his endless billions has stepped up to assume control of the Democratic Party. He has a long and inglorious history of stirring up dissent within foreign governments, manipulating currencies, and fomenting and funding race riots here in America. Click here to sign a petition calling on the Trump administration to revoke Soros’ citizenship and shut down his anti-government agitator groups.

The Democracy Alliance, a donor club of deep-pocketed liberal donors that each pledge to direct hundreds of thousands of dollars in funding to approved left-wing groups, descended on California’s posh La Costa Resort on Wednesday morning for its fall donor summit. The group continued its tradition of secrecy, promising all members and guests of the summit their participation would “remain confidential.”

The first page of the conference agenda, which was obtained by the Washington Free Beacon and can be viewed in its entirety here, lays out “participation guidelines,” explaining that the Democracy Alliance is a “safe place” for donors and activists to meet. Guests are instructed not to share members’ names with the press and not to post to any social media sites, to contact Democracy Alliance if “the media or a blogger” contacts them, and to “refrain from leaving sensitive materials out where others may find them.”

This latter directive was ignored.

THE AGENDA FOR THE MEETING, TITLED “BEYOND #RESISTANCE: RECLAIMING OUR PROGRESSIVE FUTURE,” LAYS OUT THREE FULL DAYS OF EVENTS CULMINATING IN A FRIDAY NIGHT DINNER HEADLINED BY PELOSI.

A few hours earlier guests can attend “A Talk with George Soros,” who will be introduced with a “special videotaped message” by Democratic senator Kamala Harris (Calif.).

All of the events are scheduled to take place at the La Costa Resort, which features 17 tennis courtsof both clay and hard surfaces including one with 1,000 seats for spectators, 36 holes of golf on the Legends Course and the Champions Course, an array of pools including three hot tubs that overlooksaid golf courses, a spa building, and the Deepak Chopra Center, where guests can do yoga or receive mind-body medical consultations.

Pelosi and Harris are not the only two politicians to have a presence at the swanky conference—Pennsylvania governor Tom Wolf (D.) held a Thursday event on his reelection efforts, Sen. Amy Klobuchar (D., Minn.) will speak on Friday about “Russian interference in the 2016 election,” and Rep. Ben Ray Lujan (D., Minn.), who chairs the DCCC, will attend a “festive brunch” on Saturday morning. Also making a “special appearance” on Friday will be Virginia’s governor-elect Ralph Northam.

The agenda also lists “special guests” at the conference, some more famous than others. Attendees showcased in the agenda range from failed California politician Sandra Fluke to liberal CNN contributor Van Jones to Center for American Progress CEO Neera Tanden.

JONES WAS HEADLINING A THURSDAY DINNER ON “GOING OUTSIDE THE BUBBLE” AND LEARNING FROM TRUMP VOTERS.

Not all events and prominent guests are listed in the conference agenda. Not listed, for example, was a Thursday night happy hour hosted by Planned Parenthood president Cecile Richards, who was spotted in attendance.

Also not listed as a special guest at the conference was David Brock, who checked in early Wednesday afternoon and has made himself highly visible at La Costa—slowly strolling around the sprawling property and staying up at the hotel bar till past midnight.

Brock is not a “partner” of Democracy Alliance—in fact, he has worked to create his own liberal donor network—but groups he controls, such as Media Matters for America, are among the many groups Democracy Alliance directs funding to.

Not listed in the agenda or spotted at the resort has been billionaire Tom Steyer, one of Democracy Alliance’s most prominent members in the past. Pelosi publicly reprimanded Steyer earlier this month for running a $10 million ad calling for President Trump’s impeachment.

ANTIFA And The New Cultural Revolution 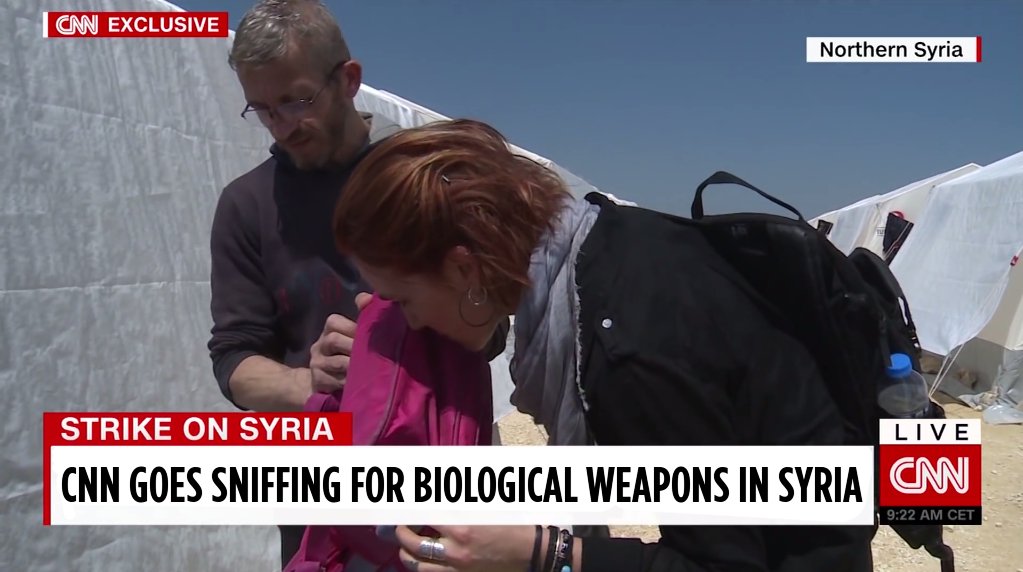 A preliminary report published Friday by the Organization for the Prohibition of Chemical Weapons (OPCW) found no traces of any nerve agent at the site of a suspected chemical attack in the Syrian city of Douma. The OPCW report states this unambiguously as follows:

“No organophosphorous nerve agents or their degradation products were detected in the environmental samples or in the plasma samples taken from alleged casualties.”

END_OF_DOCUMENT_TOKEN_TO_BE_REPLACED

Who Is Telling The TRUTH About This?

Humiliation and fear of a catastrophic decline in status foment mutiny and rebellion.

I recently finished The Bounty: The True Story of the Mutiny on the Bounty, a painstakingly researched history of the mutiny, but with a focus on how the story was shaped by influential families after the fact to save the life of one mutineer, Peter Heywood, and salvage the reputation of the leader, Fletcher Christian, via a carefully orchestrated character assassination of Captain Bligh.

The author, Caroline Alexander, summarized the ambiguous incitement of mutiny by Christian thusly: “What caused the mutiny on the Bounty? The seductions of Tahiti, Bligh’s harsh tongue – perhaps. But more compellingly, a night of drinking and a proud man’s pride, a low moment on one grey dawn, a momentary and fatal slip in a gentleman’s code of discipline – and then the rush of consequences to be lived out for a lifetime.” (p. 407).

END_OF_DOCUMENT_TOKEN_TO_BE_REPLACED 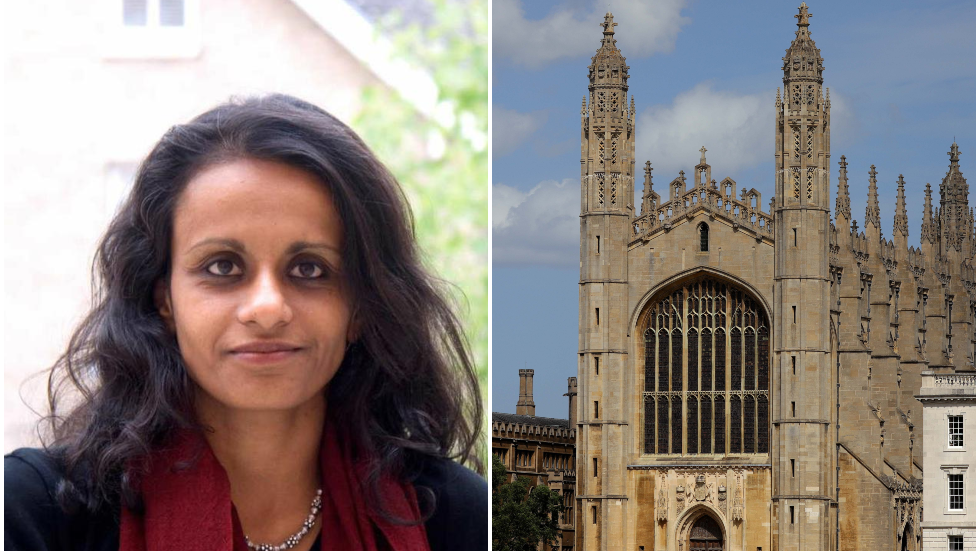 Cambridge has proclaimed that it will defend the seemingly indefensible, after one of its professors stated that ‘white lives’ aren’t valuable. Is this the same uni that ‘canceled’ Dr Jordan Peterson, Twitter has asked?

In a series of now-deleted tweets, Dr Priyamvada Gopal, a lecturer who specializes in postcolonial literature and “critical race studies” at the University of Cambridge’s Churchill College, announced that “white lives don’t matter,” and that whiteness should be “abolished.” Unsurprisingly, she received mountains of criticism for her divisive utterances.

END_OF_DOCUMENT_TOKEN_TO_BE_REPLACED

When YouTube decides to censor and delete channels that have over 300,000 subscribers for simply reporting the truth, it becomes apparent that many of us on this platform are probably not too far behind. For many of us who have been exposing the nefarious activities of the elite, there will come a cross roads when we will either have to comply to their brand of useless mind manipulating content, or be cut off. The enforcement won’t necessarily have to come through some sort of violent uprising. Rather, it will come from the education system itself, programming the minds of an entire generation with the cloud of data and recorded experiences to “learn” from. The elimination of such individualism will result in the loss of identity, in exchange for something else…just like losing the image of God in exchange for the image of the beast.

SGT Report Back up Channel https://www.youtube.com/user/SGTreport