AZ forensic audit results show SYSTEMIC fraud, faked votes, more than 5X the margin of “victory” from just one county out of the entire...

Q WAS TAUNTING THEM LAST NIGHT!! 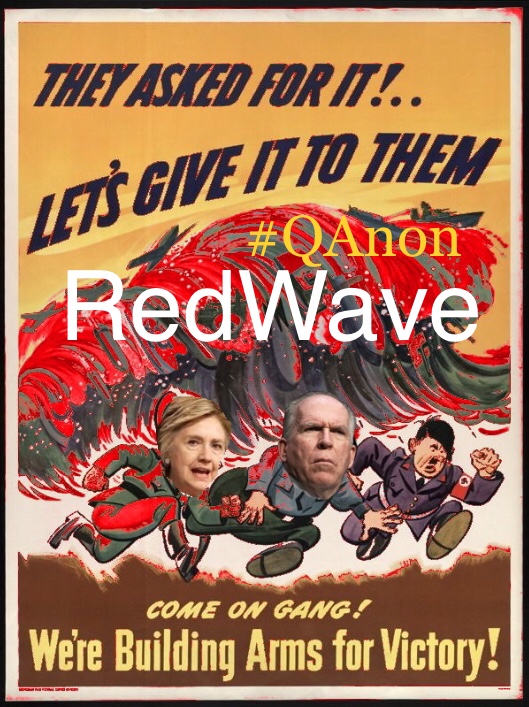 Remember I had some trouble with the 2329 pattern from last nights drops?

Well, one of my intrepid Legionaries dropped something in my inbox today, and it was… well…

END_OF_DOCUMENT_TOKEN_TO_BE_REPLACED

Information is surfacing that would indicate that you are looking at a photo of the “assassins den”.

The following information, contained in the following paragraph, is being distributed for the purposes of a “cheezy” money-making venture. Ordinarily, this kind of communication would have been the recipient of the delete button, except for the fact that the “secret meeting” described below actually took place and many sources that I know are aware of it and are very suspicious of the ramifications of this meeting. Personally, I have been aware of this meeting since August 1st of this year. The publishing of the occurrence of this meeting provides and anti-Trump co-conspirators plausible deniability with what is about to happen because they are hiding their intentions in plain sight. I am absolutely convinced that the elite are planning an economic collapse and a coup against Donald Trump and this is their way of hiding the elite’s intentions in plain sight. Here are excerpts of this communication:

END_OF_DOCUMENT_TOKEN_TO_BE_REPLACED

Brett Kavanaugh’s Yearbook Confirms His Testimony – See It For Yourself

So, once again, we see that Judge Kavanaugh told the truth. He really does need to sue the pants off of every last person that has accused him. After all, they have to bear the burden of proof, not Judge Kavanaugh.

After exposing Christine Blasey Ford’s yearbook and archiving it (here, here, here and here), Brett Kavanaugh’s yearbook has been released and guess what?  All of his explanations under oath of what was meant by “FFFFFF” and “Devil’s Triangle” meant exactly what he said.

END_OF_DOCUMENT_TOKEN_TO_BE_REPLACED

Everything Is A Hoax

An Israeli expert on terrorism and covert assassination procedures explains that the alleged Russian GRU attack on the Skripals with a supposedly deadly nerve agent is a completely obvious hoax to anyone who knows anything at all. https://russia-insider.com/en/skripals-are-mi6-hoax-not-worthy-ladies-detective-novels-israeli-expert-demolishes-uk-case/ri24912

The official story, says the expert, is “stupidity on stupidity.”

I agree with him.

The question is: Why did the British government think that they could get away with such an obvious hoax? The answer is that the people in Western countries don’t know anything about anything. They live in a world in which their reality is a product of the propaganda fed to them by “news organizations” and Hollywood movies. They only receive controlled explanations. Therefore, they know nothing about how anything really functions. Read the account by the Israeli expert to understand the vast difference between the British government’s hoax and the reality of how an assassination is conducted.

END_OF_DOCUMENT_TOKEN_TO_BE_REPLACED 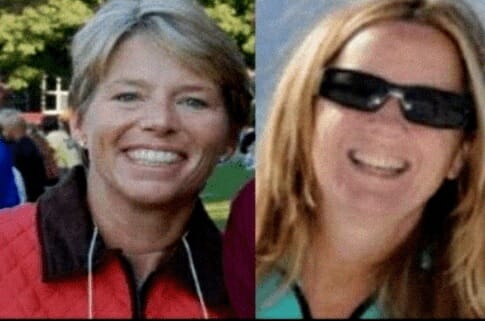 Leland Ingham Keyser says she has no recollection of EVER BEING AT A PARTY with Brett Kavanaugh and does not know him.

Ms. Keyser is a lifelong friend of Christine Blasey Ford and was one of her best friends in high school.

END_OF_DOCUMENT_TOKEN_TO_BE_REPLACED

A scathing report was published in Science Magazine this week that accuses DARPA of developing a bioweapon that uses swarms of modified insects to deliver viruses.

In a scathing report issued this week, researchers with the Science Policy Forum have accused the U.S. Defense Advanced Research Projects Agency (DARPA) of creating a technology—ostensibly used to genetically modify crops with insects—but that could be converted into a dangerous and illegal bioweapon.

END_OF_DOCUMENT_TOKEN_TO_BE_REPLACED

from Brandon Straka, The Unsilent Minority:

Mark Anthony Taylor is David, and Deutsche Bank, JP Morgan, HSBC and UBS are Goliath in this story about precious metals price rigging. Taylor is single-handedly trying to sue big banks to get back the money he lost due to the well known silver price manipulation schemes of Deutsche Bank and its collusion with other international banks. Taylor’s research has led him to the discovery of some tight connections between CEO’s of some of these criminal international banks – and well known criminals and convicted pedophiles like Jeffrey Epstein. 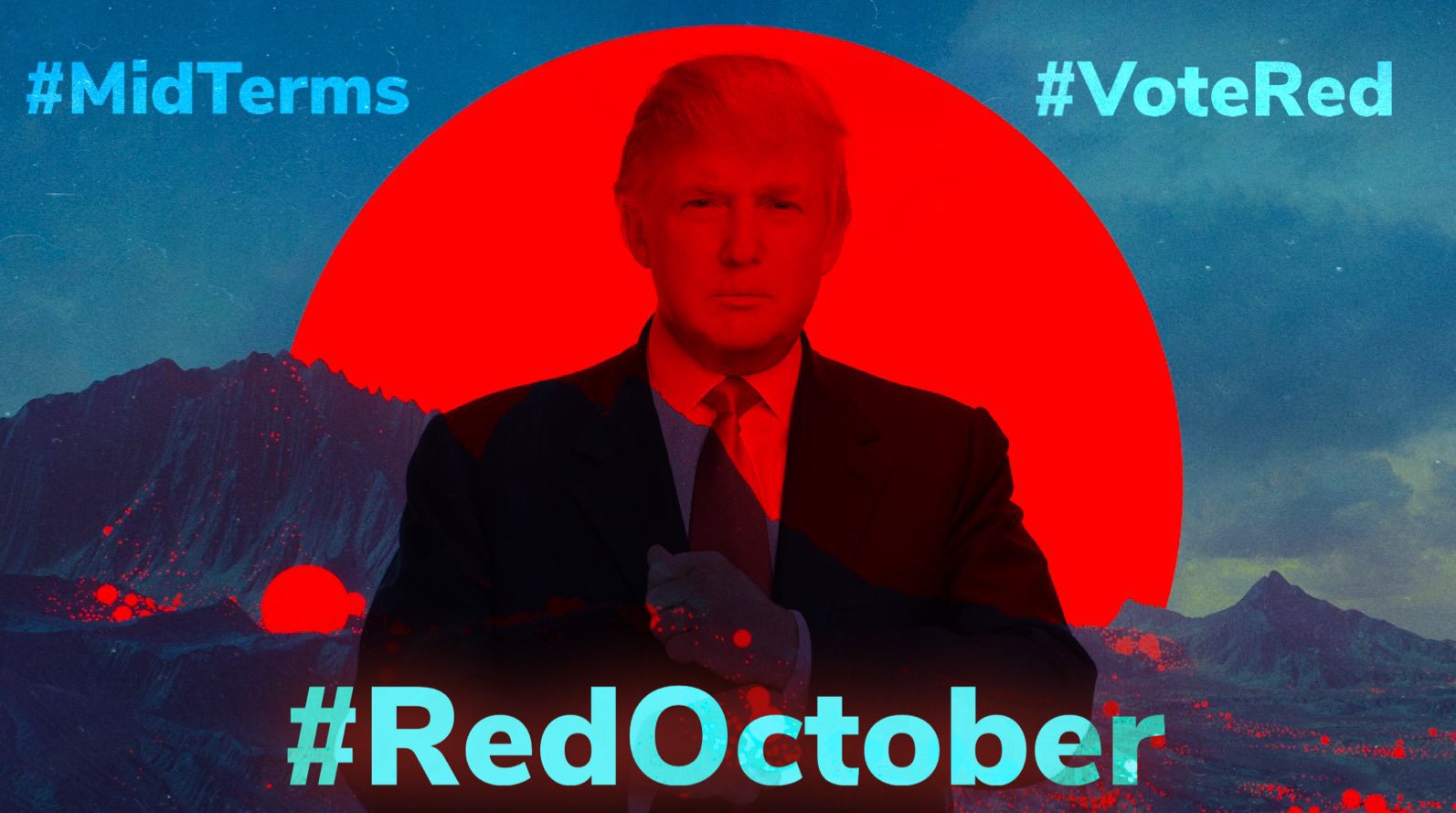 First-things-first: you might be noticing a couple big changes around here…

Notably, my logos and theming are now completely different.

Some of you may miss the old, stoic statue and the admonition to “Revolt against the modern world” in the banner, but alas! The time has come to say goodbye to them!

END_OF_DOCUMENT_TOKEN_TO_BE_REPLACED

Portraying the great sculptor, Auguste Rodin, Gerard Depardieu, in the 1988 movie, Camille Claudel, said to his paramour, a remarkable artist in her own right, ”Never think of surfaces, only of depths.”  This insight merits broad application.  In considering the genesis of the Russian-collusion narrative, we must not be so entranced with the day-to-day revelations concerning this scandal that we give short shrift to what lies beneath.

The explication of the evolution of Russian-collusion narrative is marred by an emphasis on pretextual explanations of the scandal.  Such explanations have been superimposed upon the scandal’s true foundations.  This miasma was not induced initially by matters involving Russia, but as a riposte to Donald Trump’s expressed views on Muslims and the connection between the Islamic faith and terrorism.  It was these views that raised the ire of intelligence, foreign-affairs, and law-enforcement entities in the United States, in the United Kingdom, and in Australia, amongst other countries.