For Every Whistleblower They Make An Example Of, They Prevent A Thousand More

War or Peace — The Deciding Moment Is At Hand 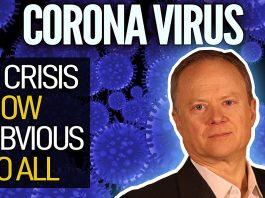 The Coronavirus Pandemic Is A Crisis Now Obvious To All

A Clash of Cultures

There are several reasons I spend so much time discussing and analyzing the current state of affairs. The primary motivation, aside from a drive to share personal opinions and spread awareness, is to encourage people to think critically. I don’t want readers to agree with everything I say, I want people to become inspired to think for themselves.

The ruling class doesn’t want you to think, they want you to simply accept the nonsensical stories they tell you. By contrast, I don’t want readers to blindly accept any of my conclusions, rather, I want my work be a case study on how to deploy independent logic and insight to a variety of topics and situations.

END_OF_DOCUMENT_TOKEN_TO_BE_REPLACED

Bizarre Christmas Bank Robbery – Wait Till You See What He Does With the Money!

UN Peacekeeper Discovers Sex Trafficking Inside The UN With Ties To The U.S. State Department

END_OF_DOCUMENT_TOKEN_TO_BE_REPLACED 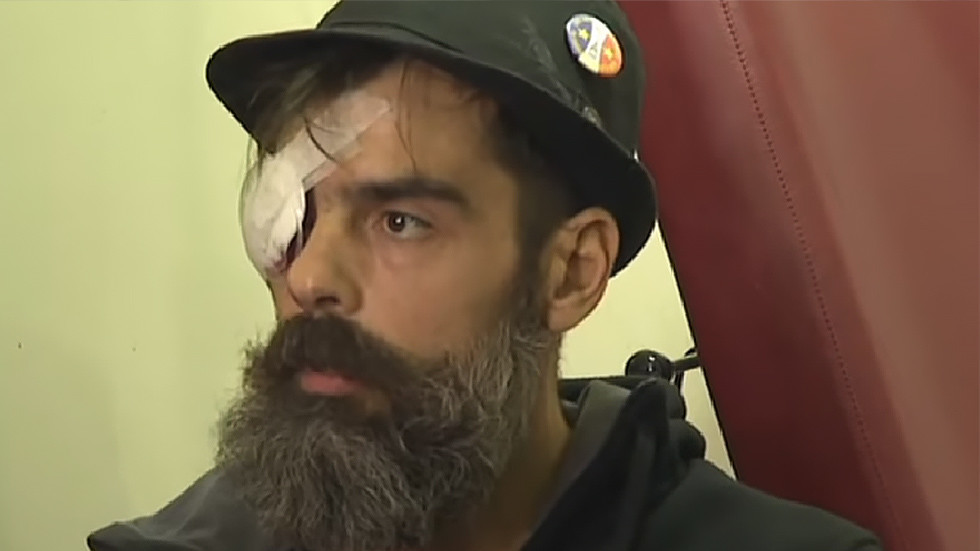 French President Emmanuel Macron has “declared war” on the Yellow Vests, according to a figurehead in the protest movement who was badly injured by riot police last week.

Jerome Rodrigues, who has become a recognizable character with over 60,000 Facebook followers, was live-streaming last weekend’s demonstrations when he was reportedly blasted in the face with a ‘flashball’ – a 40mm rubber round being utilized by riot police.

“The president declared war on us and our injuries are battle wounds,” Rodrigues told RT. “The traumatic weapons are equipped with collimators [optical sights] – such equipment is used on the battlefield, at war.”

END_OF_DOCUMENT_TOKEN_TO_BE_REPLACED

Does Society Realize It Is Being Initiated?

Secret group arrives in DC to fight against censorship

Hmmm — Men of Mystery arrive in DC to fight against the swamp dwellers’ grip on free speech.

END_OF_DOCUMENT_TOKEN_TO_BE_REPLACED

Deep State Unmasked: State Department on Hidden Cam, “Resist Everything,” “I Have Nothing to Lose”

Federal Employee for State Department: “Resist everything… Every level. F**k sh*t up.”

Stuart Karaffa Does Work for DSA While on Taxpayer’s Dime: “I’m careful about it. I don’t leave a paper trail.”

“I have nothing to lose. It’s impossible to fire federal employees.”

Ethics Officer Fails to Recognize Breach on Ethics Form: “somebody just rubber stamps it and it goes forward…”
END_OF_DOCUMENT_TOKEN_TO_BE_REPLACED

LAS VEGAS (INTELLIHUB) — A man who was staying in Mandalay Bay room 32-132 told police on the night of the 1 October massacre that he could hear gunshots emanating from a room down the hall to the left and said he heard voices in the hall before police arrived.

The bombshell witness statement was given to Crisis Negotiator J. Williams after he was relieved from his shift at Mandalay Bay following the gunfire in which he was tasked with manning a door that only LVMPD personnel was allowed to enter.

END_OF_DOCUMENT_TOKEN_TO_BE_REPLACED

I Feel Sorry For President Trump

Yes, I know.  I am lining up on the wrong side.  You are supposed to hate him. The presstitutes hate Trump.  So does the Democratic Party, part of the Republican Party, the military/security complex, the entirety of the liberal/progressive/left, the universities, feminists, and Washington’s vassal states.  No one likes him but the “racist, white supremacist Trump deplorables.”

Nevertheless, I feel sorry for him.  I started feeling sorry for him when he announced he would run for President of the United States.  You see, I had inside information. I had held a presidential appointment from a President of the United States.  I ended up fighting battles for him against entrenched interests who opposed his policies to end stagflation and the cold war.  I helped to win the battles for him, as his accolades to me testify, but my success ended any career for me in government.

END_OF_DOCUMENT_TOKEN_TO_BE_REPLACED The Nevada Democratic Party won’t say for sure whether results from Saturday’s caucuses will be released on the same day that votes are cast. They’re reminding people that it takes time to count votes and more time to report the results.

But the operation they’ve set up will guarantee screw-ups somewhere along the way, given the technology involved and the simple fact that most volunteers who will be responsible for turning the results in to state party headquarters will be untrained in how to do it.