Bitcoin Explodes To All Time High After Tesla Buys $1.5 BIllion 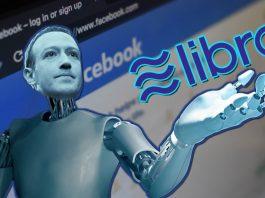 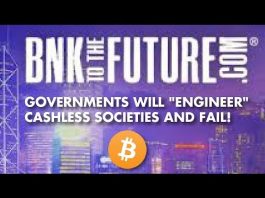 Japan Just Killed the “Bitcoin Will Be Banned” Meme

One of the most durable claims of cryptocurrency skeptics is that “governments will ban bitcoin once it threatens their fiat currency or their control.” Ben Bernanke recently gave voice to this claim as if it was received wisdom.

Sorry, crypto-skeptics: Japan just killed the “bitcoin will be banned” meme.Japan has established itself as the safe haven of all legit cryptocurrencies and cryptocurrency exchanges.

Japan is not just the world’s third largest economy; it is a keystone of the global economy in supply chains, ownership of overseas assets, capital flows and technology. Japan’s embrace of cryptocurrencies suggests the Japanese understand that adoption of crypto and blockchain technology offers whatever nation is firstest with the mostest in legal protection of these technologies will have a powerful competitive advantage.

Many crypto skeptics claim the U.S. can browbeat adopters of bitcoin into banning cryptos via various threats such as limiting access to U.S. banking. Memo to skeptics: Japan is too strategically important for the U.S. to browbeat over something as small in scale as cryptos. Furthermore, Japan is long past the point where it will automatically comply with every self-destructive demand of the American Imperial project.

As I have often noted here, the market cap of the entire crypto market–$170 billion– is mere signal noise in the $500+ trillion market of global assets. Even if the crypto market rose 10-fold to $1.7 trillion, it would still be nothing but a tiny blip in the global asset marketplace.

Japan has the regulatory legal and bureaucratic structure to monitor and police crypto exchanges and transactions. This complex structure can be deployed to bog down whatever Japan doesn’t favor in endless red tape, or it can accommodate whatever Japan favors. Clearly, Japan favors the adoption of cryptocurrencies and blockchain technologies.

The legalization of cryptocurrencies is now a done deal. Any nation foolish and self-destructive enough to attempt to outlaw cryptos will simply hasten the flow of capital to Japan and other safe-haven early adopters.

Clearly, the Japanese recognize the adoption of cryptocurrencies and blockchain technologies as a competitive advantage, and they’re right.

Is the Bitcoin Civil War Over? Here’s How I’m Thinking About Bitcoin Cash

Before I get going, let me start out with the usual disclaimer. I’m not a Bitcoin expert, nor do I claim to be. I love people who live and breathe Bitcoin every day, and I have the utmost respect for all of you, but that’s not me. As you can tell from a quick glance at my website, my current focus revolves around the current political environment as well as the geopolitical implications of a declining U.S. empire. That said, I’ve been involved in Bitcoin since 2012, and I care deeply about it. In my opinion, globally interconnected humans functioning within decentralized systems of economics and political governance provide the best framework for the human species going forward. We have the tools, we just need the desire.

Today’s post is about an alt-coin that is about to fork from Bitcoin, led by a contingency in the civil war known as the big blockers. This piece is not meant for newbies, but is written for people who own Bitcoin and already have a good understanding of all the drama that’s been going on, and may continue to periodically resurface after August 1. If you aren’t already up to speed on these things you should probably stop reading. The post will just sound confusing and won’t have much impact on your decision making anyway.

First of all, I don’t think there will be any debate around what the “real Bitcoin” is following the fork and creation of an alt-coin called Bitcoin Cash (BCC). This coin will be a pet project of big blockers wanting to both save face, and also potentially hurt the original Bitcoin (BTC). Only time will tell if some of those considered “bad actors” will try to target the original Bitcoin out of pettiness, but you should never underestimate what people with a lot of money/power and huge egos will do. History is replete with the ruins of the crazed actions of these types.

If you control your private keys, you should be able to access BCC sometime after August 1st. Some people are describing this as a dividend, although it seems more like an asset spinoff to me. Either way, BCC will have some sort of value on or around August 1st, and a market will start being made. So how should people concerned about potential bad actors on the side of BCC think about all of this? Let’s start with a few tweets from Whale Panda that I think are important to ponder.

Then when the 2x part of Segwit2x wont activate, they will dump $BTC hard and pump $BCC claiming it is the original/legacy #Bitcoin.

With that in mind, take a watch of this recent interview of Roger Ver. Roger is considered to be one of the largest holders of Bitcoin, and owns bitcoin.com

That video definitely made me feel that Roger could act in a hostile way following the launch of BCC. I really hope he swallows his pride and doesn’t go down that route, but we can’t make that assumption. I think we absolutely need to prepare for the possibility that some bad actors will try to harm Bitcoin using BCC. Here are a few more tweets from Whale Panda.

It isnt a coincidence that it is all Asian exchanges that have announced they are adding it.

Bitcoin is a Bubble | Alasdair MacLeod